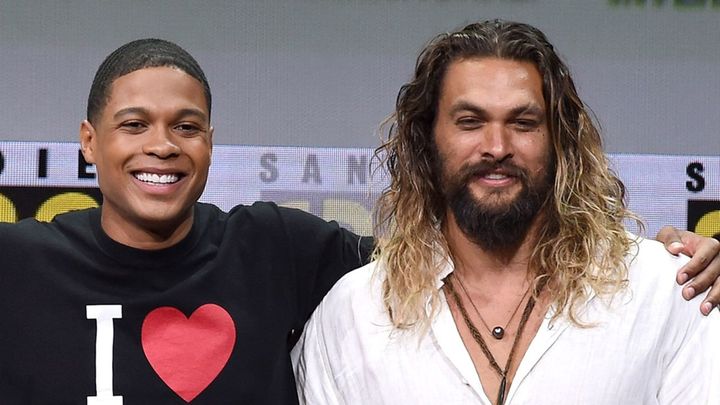 Momoa decided to take Fisher's side.

Since the beginning of July, a very unclear conflict between Ray Fisher and the WB authorities responsible for the creation of the 2017 movie Justice League has been continuing. The actor's main accusation against producers and director Joss Whedon is mobbying. For a long time, Fisher's accusations were disregarded and it was only in the second half of August that WarnerMedia opened an appropriate investigation. However, weeks have passed, and no details were revealed. In addition, Warner Bros. published an official statement in which the company informed that the aforementioned star of Justice League does not want to cooperate with the third-party company investigating the case.

The atmosphere was further exacerbated by leaks from the company that Jason Momoa was to play the lead role in a live-action version of Frosty the Snowman produced by Jon Berg and Geoff Johnson (people accused by Fisher). This may seem a little funny, but the actor playing the role of Aquaman denied these rumors, claiming that they were supposed to divert attention from the corporation's internal problems. The actor spoke sharply about the situation on his profile on Instagram:

THIS SHIT HAS TO STOP AND NEEDS TO BE LOOKED AT @ray8fisher AND EVERYONE ELSE WHO EXPERIENCED WHAT HAPPEN UNDER THE WATCH OF @wbpictures NEEDS PROPER INVESTIGATION I just think it's fucked up that people released a fake Frosty announcement without my permission to try to distract from Ray Fisher speaking up about the shitty way we were treated on Justice League reshoots. Serious stuff went down. It needs to be investigated and people need to be held accountable. #IStandWithRayFisher. aloha j

None of the actors have officially supported Fisher's position before, so we are dealing with an unprecedented act. This move may have a serious impact on the further development of the case, as it appears that certain miscounduct has actually occurred or the stars of Justice League had an unspoken agreement, although the second scenario is rather unlikely.

Microsoft Tried to Take Over Bungie; The Devs Deny