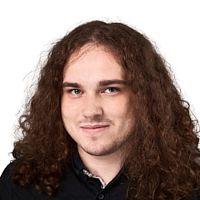 How Did Elden Ring Beat God of War Ragnarok to GOTY? Here's My Take

The two highest-scoring games of the year were Elden Ring and God of War: Ragnarok, and they competed for the title of GOTY at the recent The Game Awards ceremony. What's the reasoning behind the ultimate choice?

How Did Elden Ring Beat God of War Ragnarok to GOTY? Here's My Take

The sad news of ZA/UM Cultural Association's dissolution and the firing of key figures from the studio that gave us Disco Elysium have left many players hurting. We talked the man who delivered it to the public.

What We Know About 'The Witcher 4'

The whole Internet is abuzz with the announcement of CD Projekt RED, confirming the creation of the next Witcher game. But what can we be sure about when it comes to the game at this point, without looking at the rumors? And what seems almost certain? We decided to analyze it.

What We Know About 'The Witcher 4'

CD Projekt RED didn't give up and the patching effort for Cyberpunk 2077 is still ongoing. New content, though modest, is still reaching the game. Patch 1.5, which is its next-gen upgrade, is a big step forward, though I, for one, won't be playing.

The Souls for Everyone? Explaining Elden Ring's Immense Popularity

As Elden Ring promises more accessibility, it seem set to be a global hit. Lower difficulty, however, is just one of many factors that could make FromSoftware's new product the souls game for the masses.

The Souls for Everyone? Explaining Elden Ring's Immense Popularity

Physical instrument rather than strength, hand-eye coordination rather than dexterity, conceptualization rather than intelligence – the skills in Disco Elysium are not something you get in every game, yet they're crucial to the game's success.

Not Just AAA - Small Games We Can't Wait For

The calendar of game premieres is already known years ahead. In the editorial team we tried to choose from it productions less obvious, and some even tempted to select titles yet unannounced.

Not Just AAA - Small Games We Can't Wait For

After watching the latest PlayStation Showcase conference, I have very mixed feelings. On the one hand, Sony showed some really exciting games; on the other, their release dates are either distant, or totally unspecified.

New and Free PC Games You Might Have Missed in 2021

Are you still playing the same free-to-play titles and starting to feel bored? Then try something new. Here are 8 relatively fresh, free productions available on PC.

New and Free PC Games You Might Have Missed in 2021

Lauren Schmidt Hissrich, showrunner of Netflix's The Witcher, told us what to expect from the first episodes of the second season. She also revealed which of Sapkowski's works they will be based on.

Konami answered the most frequently asked questions about eFootball, the upcoming installment of the Pro Evolution Soccer series. Topics discussed included paid DLCs for the game and cross-play features.

Amazon's Lord of the Rings Confirmed to Use Fragments of Silmarillion

Amazon Studios has a license to use excerpts from The Silmarillion and The Unfinished Tales by J.R.R. Tolkien in the script for the upcoming Lord of the Rings series.

Amazon's Lord of the Rings Confirmed to Use Fragments of Silmarillion

The premiere of Dune got delayed once again. Denis Villeneuve's movie will appear in theaters (or on HBO Max) a few weeks later than expected.

Ciri From Seasons 1 and 2 of The Witcher Compared

The next installment of The Witcher from Netflix will show us a much more mature and confident version of Ciri. We decided to compare photos from both seasons to show how the character has changed.

Ciri From Seasons 1 and 2 of The Witcher Compared

Netflix published the first teaser of the second season of The Witcher. On the screen we can see Ciri, among others. No premiere date has been announced for the upcoming episodes.

Netflix announced that we will learn new details about the second season of The Witcher on Friday. There's a good chance we'll finally get to see a trailer as well as learn the planned release date.

Best RPG Series That Aren't Coming Back Any Time Soon

Many RPGs deserved proper follow-ups, yet they have been sitting on the shelf with poor prospects for the future for years. Here is a sad reminder of the great role-playing games that are unlikely to be revived any time soon.

Best RPG Series That Aren't Coming Back Any Time Soon

Some of the most popular games enjoy quite unlikely origin stories tied to the modding scene. Here are 10, fan-made mods that have become groundbreaking smash-hits, or at least great, standalone video games.

We Known Who May be the Antagonist in The Witcher Prequel

The Witcher: Blood Origin, the prequel to Netflix's The Witcher, may feature Eredin. It is even said that he will be the main antagonist of the work. It is also known which actor is to play the character.