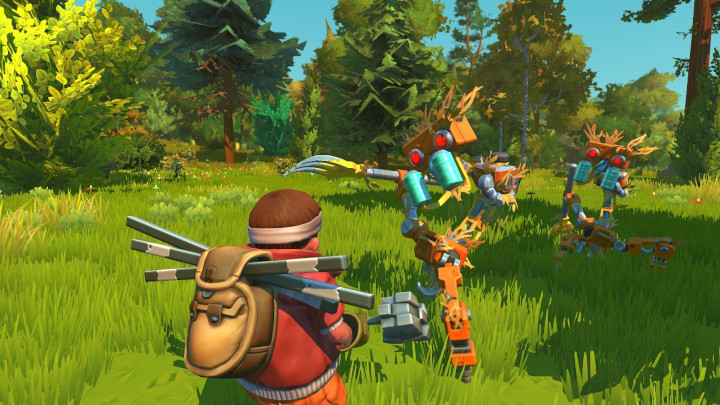 Scrap Mechanic was one of the most popular games on Steam last week.
IN A NUTSHELL

In early 2016, Scrap Mechanic made its debut in Steam's Early Access. Created by Axolot Games, the constructor simulator aimed at multiplayer fun quickly found a group of supporters. For the past four years, the number of people playing the title at the same time oscillated around 2-4 thousand at best (via Steamcharts). However, last weekend these results jumped by more than 1000% - for example, yesterday, at the hottest moment of the day, the game was running on PCs of over 46 thousand players. In addition, Scrap Mechanic was second on the steam bestseller list last week. 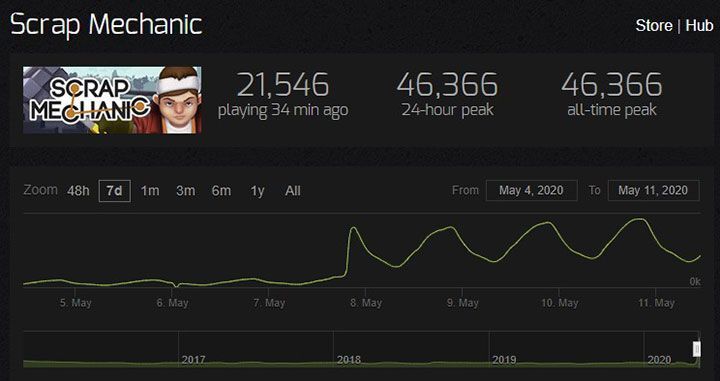 Why the sudden explosion of popularity of Scrap Mechanic? There could be two reasons. First of all, last Thursday the title received an update, which the team from Axolot Games describes as the biggest one so far. It added to the game a lot of novelties, the most important of which is the Survival mode, which has been prepared for a long time. The players take on the role of a robot maintenance mechanic who sets out on a mission to a fully automated agricultural planet. Unfortunately, from the very beginning things are not going well. First, the protagonist miraculously survives a shipwreck, and then it turns out that the machines originally programmed to harvest crops and export products went into a murderous frenzy. In this situation the task is simple - to survive. The harvested resources and items are used to construct useful objects, as well as comrades controlled by other players, will help us in the task. For more details on Survival Mode and other features included in the latest update for Scrap Mechanic, see here.

Secondly, a discount on Scrap Mechanic is now offered on Steam. Until today, until 10 AM PDT, the title can be purchased with a 30% discount.

Finally, the question is, will Axolot Games manage to keep so many players in Scrap Mechanic for longer? They will certainly strive for that. Later this month, the devs are planning to eliminate a number of bugs, fine-tune the Challenge mode and interface and add new content to the newly added Survival. Unfortunately, so far we still don't know the when the game will leave the early access phase.