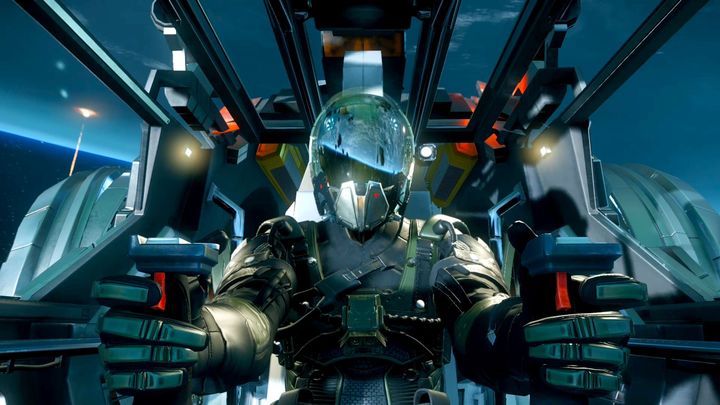 New information about Squadron 42 appear pretty much only in monthly reports.

Players interested in the space simulator Squadron 42 decided to confront the developers from Cloud Imperium Games. The reason for their annoyance is insufficient information on the progress of work on the aforementioned title. On Reddit there was an extensive thread, in which fans vent their anger and raise various objections to the developers' actions.

Fans have had enough of broken promises

The main problem is that apart from monthly reports (the last one was published on July 8), the news about Squadron 42 does not appear in any other sources. According to some players, this is because they have accustomed developers to uncritical support and acceptance of their actions.

"This is because we keep signaling that everything is fine. Every other month a new funding record is broken. People don't stop buying new ships. There's no reason for Cloud Imperium Games to change anything. They can say and do whatever they want, and people keep throwing money at them. If there is no noticeable drop in funding - even for a while - I don't think anything will change," Valdenburg says.

It is worth noting that the creators broke their promise made in March this year. It was then assured that new information about Squadron 42 will regularly appear in additional video materials, at AMA sessions (Ask Me Anything) and in Inside Star Citizen movies. Unfortunately, nothing like that is happening.

"With immediate effect, we will incorporate more Squadron 42 content into our regular Sprint Reports on ISC, Calling All Devs, AMAs (Ask Me Anything Q&As), and more. In addition to our scheduled content such as the SQ42 Monthly Report, were also looking forward to providing regular video check-ins with Brian Chambers and a variety of members of the Squadron 42 team," reads the note from March 13.

It's more than just complaining

We would like to remind that Squadron 42 is a stand-alone title based on Star Citizen, which is created with single-player mode in mind. Chris Roberts' flagship project (the developer responsible for the well-known Wing Commander series) was initially intended to include both multiplayer mode and story campaign, but eventually it was decided to separate the second mode and create another title from it.

Both Star Citizen and Squadron 42 are financed by money raised through a crowdfunding campaign (currently the developers are raising additional funds by selling ships in the first game, which is already playable in early access). The question of keeping their promises is therefore not unfounded - people have a right to know where their money goes. Besides, the developers themselves promised the community regular information and respectful treatment.

"We, the Developer, intend to treat you with the same respect we would give a publisher. You will receive regular updates about the progress of the game (...) There may be delays and there may be changes; we recognize that such things are inevitable and would be lying to you if we claimed otherwise. But when this happens, we will treat you with the respect you deserve rather than spending your money on public relations," reads the Pledge signed by Chris Roberts and the Cloud Imperium Games team.