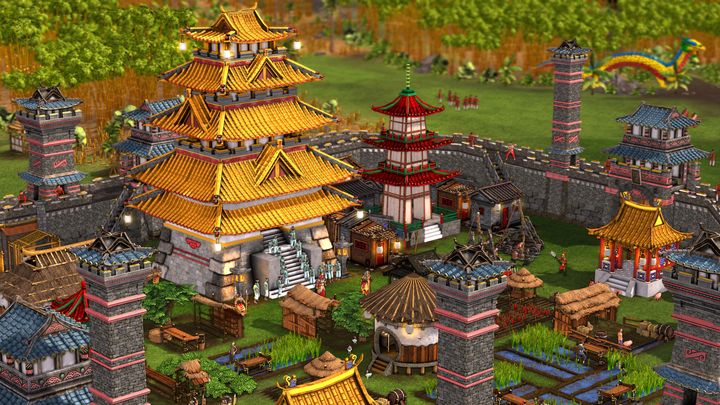 Stronghold: Warlords will introduce a new balance to the game.

Firefly Studios decided to share new information related to the development of Stronghold: Warlords. In a new dev blog entry, Nick Tannahill, the marketing director, talked about changes in the behavior of units and the mechanics of building fortifications aimed at improving the game balance.

In the newest version of the RTS, the warriors will stop stepping on each other, as it was the case in the previous parts of the series. Instead, they will evade and push each other. This will reduce the number of units fighting at the same time and change the dynamics of the clashes. Soldiers outside the first line will be unable to "pass" through their allies. Instead, they will circle the battlefield to find the right place to attack or wait for a free field.

In the case of the castle construction the devs are focused on solutions resembling those known from the older 2D installment of the series. The construction of fortifications will be carried out on a tile grid placed on the map. In this case, a single field is equivalent to one piece of wall. This will enable you to have full control over the expansion of your stronghold, and the additional fragments of fortifications generated by the game will cease to appear.

In addition, the walls will also adapt to the shape of the surroundings, which will improve the visual aspects of the game and enable us to create even more impressive castles.

Stronghold: Warlords will take us to the far east in 2020. The title will be coming to PC.