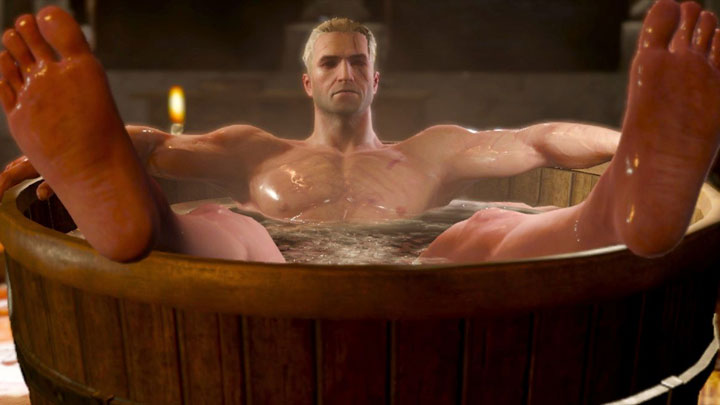 Geralt of Rivia begins to conquer another hardware platform. Today, a port of The Witcher 3: Wild Hunt made its debut on the Nintendo Switch console. If you're personally interested, we encourage you to read our review of the Switch version, in which our editor give the game 8,5/10.

This release is available as The Witcher 3: Wild Hunt - Complete Edition and includes not only the basic version of the Wild Hunt, but also and Blood and Wine expansion. It also includes all free DLCs that were released on other platforms.

Despite four years under its belt, the game still sports impressive visuals, so porting it to Nintendo Switch was not a simple task. Let us remind that in mobile mode, The Witcher 3 runs on Nintendo Switch in 540p resolution. In stationary mode, however, when connected to the docking station, the game offers the so-called dynamic 720p. This means that this resolution is maintained most of the time, but the engine is able to lower it temporarily to achieve smoothness at the most demanding moments. Here you can watch a video prepared by Candyland (you will find it above), which compares the Nintendo Switch and PlayStation 4 versions. It also enables us to see how much the graphics have been simplified.

If you were worried about the quality of the port, no worries. The first reviews are very positive - the Nintendo Switch edition now has an average rating of 85% on Metacritic. Below are some examples of scores:

The reviews reveal a picture of a very good conversion. The graphics have been simplified, of course, and there is no chance of competing with PC or other console versions. The image can be blurred and the game slows down sometimes. These elements, however, do not spoil the image of the whole, and the possibility of playing The Witcher 3 in a portable version is considered to be a great experience.

Xiaomi and AMD Join Forces - New RedmiBook is the Laptop for Everyone?