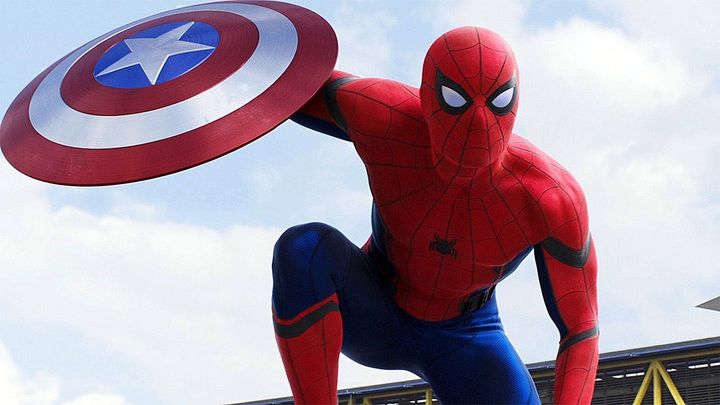 And here's a frame from Spidey's first scene in MCU.

Spider-Man debuted in Marvel Cinematic Universe with a bang, as he immediately plunged into the middle of Tony Stark's conflict with Steve Rogers in Captain America: Civil War. Child-like enthusiasm, monkey agility, and a sprinkle of goofiness - that's how Peter Parker got to know himself from the very start. Some of you probably appreciate much more the role of Toby Maguire from Sam Raimi's trilogy, but there's no denying that most of the world has succumbed to Tom Holland's charm.

But how did it happen that this young actor got to stand next to the great Hollywood stars? IGN dispelled all doubts about Tom's talent by publishing a few dozen seconds' audition video for the aforementioned movie. It features one of Peter Parker's short dialogues with Steve Rogers. The main roles are played by Holland and Chris Evans. And here's the video:

In addition to playing the role of Captain America, the young actor had the opportunity to test his abilities against Robert Downey Jr., the film Iron Man. Based on several rehearsals with the participation of these two stars, the producers decided to accept Holland. Apparently, they wanted not only pure talent, but also to catch the chemistry between a potential Spider-Man and the most important characters of MCU. And we don't have to remind you that Spidey's later relationship with Tony Stark has become one of the most natural friendships in the history of MCU.

Holland will become the superhero at least two times more (because that's all Marvel has agreed on so far with Sony, which owns the rights to the character). We are talking about the third part of Spider-Man (premiere on November 5, 2021) and another, unannounced production. It's quite possible that both companies will finally get along, but there was no official agreement so far.

Hundreds of Thousands of Dollars for Fall Guys Skin; Companies Sponsor a Worthy Cause