For some time now streamers have had a problem with copyrights to music tracks on Twitch.tv, which very often appeared on their streams (it was customary to simply play some background music). It happened that under the influx of mass complaints about illegal use of some of the songs Twitch forced streamers to follow the rules of the DMCA (concerning copying and distribution of non-original materials) and get rid of archival records of streams and clips that broke the rules. Not all the problems have yet been solved, and it even seems that over time more and more strange cases rise to the surface that Twitch can't quite handle.

A few days ago, one Twitter user asked what to do when streaming games with licensed music. According to Twitch's technical support, one of the solutions to this problem is to mute audio in the game, which seems quite an absurd idea. 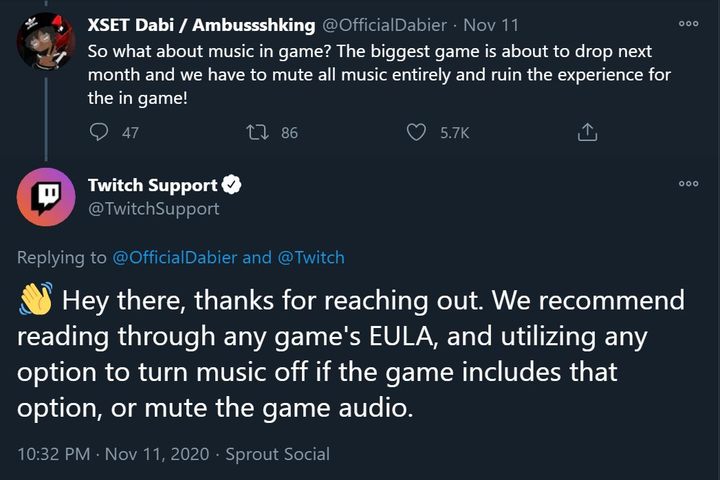 However, it has been pointed out earlier that it is also worthwhile to read the End User License Agreements (EULA) carefully and check them for information about the music contained in the game and its eventual streaming. It was also recommended to find an option to turn off the music in a given title. However, these are not very optimal solutions, and Twitch is mainly concerned about the fact that such situations were not thought of beforehand and now when copyright problems appeared, streamers were put in an uncomfortable situation.

Microsoft: Bethesda Games  First or Best on Xbox and Windows 10