Although Warhammer 40,000: Darktide has not yet had an official release, thousands of fans are already playing it regularly. This has happened thanks to the fact that a pre-order beta has started, allowing players who bought the game before the release to play. Of course, this also means that they can unlock achievements. One of the more difficult ones to get is the Long Bomb. In this guide we will tell you how to get it.

It is worth noting that Penance Long Bomb has been made easier with the introduction of the 1.0 version of the game. It is now no longer necessary to kill five opponents - hitting them is sufficient. However, the Steam achievement still remains in its more difficult form.

To get this achievement, you must play as the Sharpshooter class and use a frag grenade to kill 5 opponents. In theory this is an easy task, however there is an additional condition - the grenade must not bounce.

This poses a few problems - location, team and how to throw. We'll talk about all of them.

In order to ensure that the grenade does not hit the ground or bounce off anything, it must be thrown quite specifically - quite high up. However, not so that it explodes too high (I know, a lot of the word "high" in one sentence). This creates the first problem. If you are standing on the same plane as the enemy, you should aim at an angle of about 45-60 degrees. Of course, this depends very much on the distance to the enemy. It is a good idea to practice this in the Psykhanium.

The above is related to the fact that you want you and your opponents to be separated by quite a distance, if they are right next to you, there is no chance of a successful throw.

If you liked this article, read also: 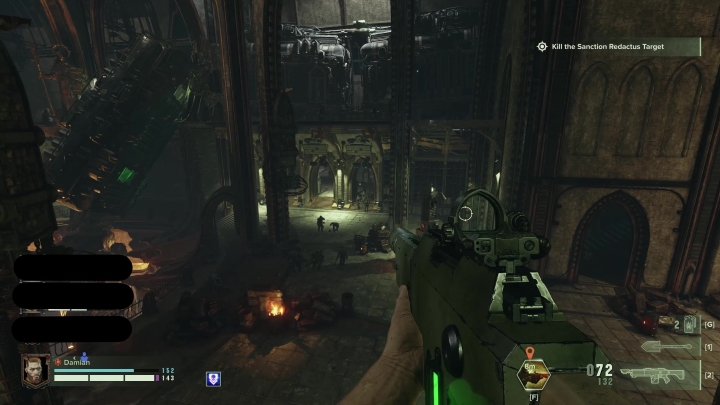 The specificity of the throw involves the fact that you cannot perform this achievement anywhere. You need a large space for it, preferably without a ceiling - so you can throw high, or you can use the height advantage. Our recommendation for this is the Chasm Station HL-16-11 map, where you perform the Assassination task. There are a lot of places there with no ceiling. Ideal location.

There is a rumour on the internet that you can get this achievement in the Psykhanium (training arena). It is indeed a very convenient place - there is no ceiling and the opponents do not move and politely stand still. Unfortunately, despite our earnest attempts, we did not manage to get the Long Bomb this way - a pity.

The team needs to know what you want to do. Unfortunately getting this achievement with random people will be quite problematic and you will have to rely on luck.

You need the team's support so they don't kill potentially good targets. You also don't want them to run across a good location for a grenade throw. Ultimately, you also don't want to spoil the fun for other players by standing still and taking an hour to aim a grenade at the sky.

Pokémon Scarlet and Violet - Not as Bad as People Say?

The Witcher 3 Returns to the Top

Vampire: Bloodlines 2 Will be Finished by Walking Simulator Experts (Leak)

Short Gameplay From Amnesia: The Bunker Shows Weapons in Action