This article will introduce you to the classes in the co-op shooter / hack and slash Warhammer 40,000: Darktide. We will also tell you a bit about their special abilities. Let's talk about the Veteran Sharpshooter, Zealot Preacher, Psykinetic Psyker and Ogryn Skullbreaker.

It is worth noting that the developers plan to add new classes in the future. Furthermore, some updates may introduce minor or major changes to skills. It is worth bearing this in mind.

If you are curious about other Darktide topics, please see our guide - Warhammer 40K: Darktide Guide.

Each class has several types of power. They are divided into: 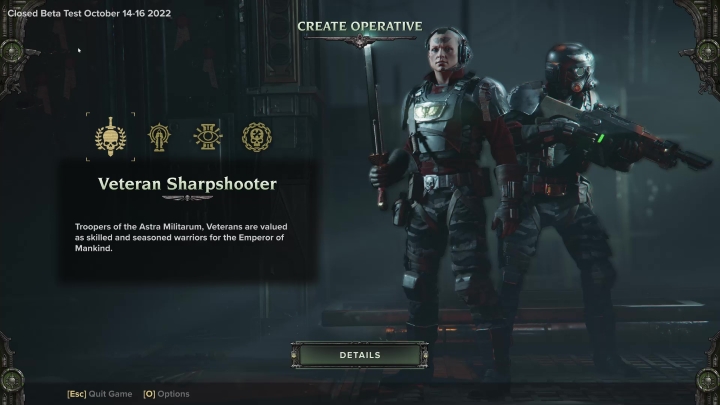 As the name suggests, this is a character who specialises in ranged combat. Very useful in eliminating single armoured opponents. 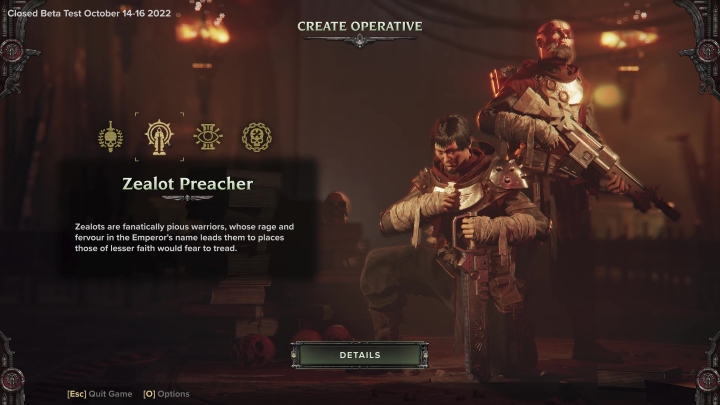 Religious warriors who fight in the name of the Emperor. Zealot Preachers specialise in close combat. The less health they have, the more dangerous they become. 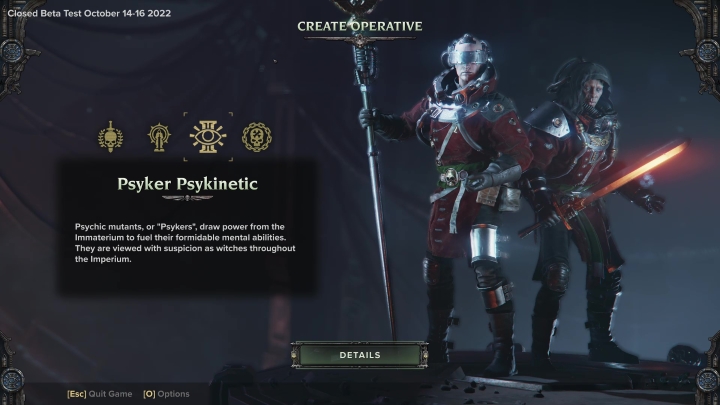 Although they are frowned upon within the borders of the Empire, their powerful mental abilities cannot be denied. These psychic mutants are best suited to medium range combat, combined with crowd control.

Psyker Psykinetic has a Peril meter. It fills up with your use of psychic powers. If you don't watch out for it you may even die. 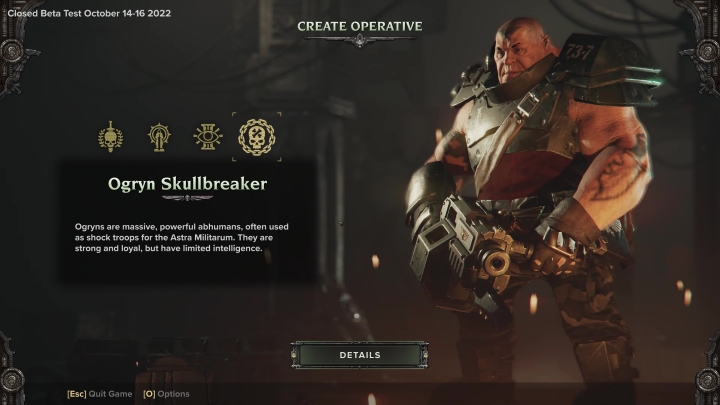 A powerful and resilient fighter. Ogryn Skullbreaker is ideally suited to frontline combat. He is the shield of the entire team.

We have prepared a sample build for each class. You can find them via the links below.