In place of the canceled Windows 10X project we will get a new edition of the popular system, called Windows 11. Microsoft is to present it officially on June 24, 2021 at 11:00 ET. Quite a stir was caused by yesterday's leak of an early version of the new system. The Internet was flooded with screenshots and descriptions of its features, as well as first opinions. How do current (or future) Microsoft software users react to the changes?

Windows 11 in a nutshell

First, an overview of the basic novelties that we will see in Windows 11.

Most emotions are aroused by centralized Start bar. Many compare it to Apple systems or say it's ugly. And some like it:

It is worth to dispel doubts here - in the options you can switch to the old version - left alignment. The Start bar then differs little from its counterpart in Windows 10. Some users also note similarity of some elements of the system to macOS

Some people have noticed a disadvantage of the Start window. It is not possible to modify its size as much as in the older version of the system - with a small number of pins a lot of empty space is left.

"Its less customizable than the one in Windows 10. When you unpin everything its just one big blank area. There is not even the option to automatically open the apps list when you click on the start button." 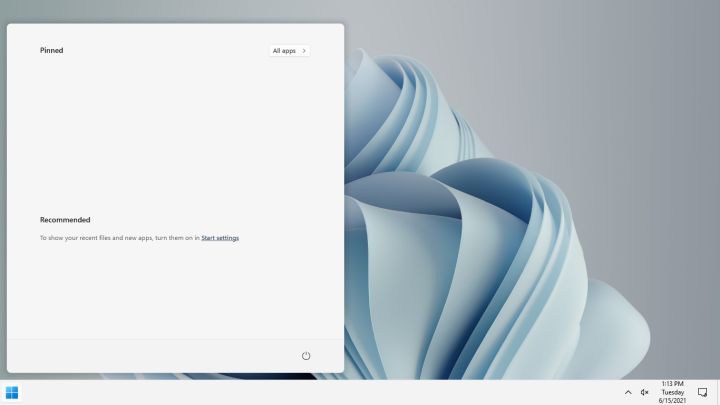 A screenshot illustrating the weakness of the Start menu. Source: Reddit

Actually, it looks quite ugly, but perhaps this should be put down to the early version. Let's remember that many features may still be absent or unfinished. Someone didn't like the icons in the new menu so much that he found a way to return to the tilebut what for?

Users, on the other hand definitely like the default wallpapers in the new Windows 11. You can already find them on Twitter and set them on your desktop.

Some are negative about the minor changes to File Explorer. The new system does not bring any revolution in this field, only some new icons:

It's hard not to concede the point here, but on the other hand, many users who are used to earlier systems won't have to learn everything from scratch.

Someone noticed a certain similarity in the Windows 11 start sound to the archaic Windows 95:

Maybe it is a small tribute to the tradition, but I just did not see (hear?) it. But maybe I'm just not very musical.

This is just a small part of the Internet reactions to the Windows 11 leak. There's too little space here to even think about posting everything. But I invite you to the appropriate Reddit thread, the article on WindowsCentral or to Twitter.

Map in Forza Horizon 5 Will be 1.5 Times Bigger Than in FH4

Xbox One Will Run Next-gen Games Through Streaming