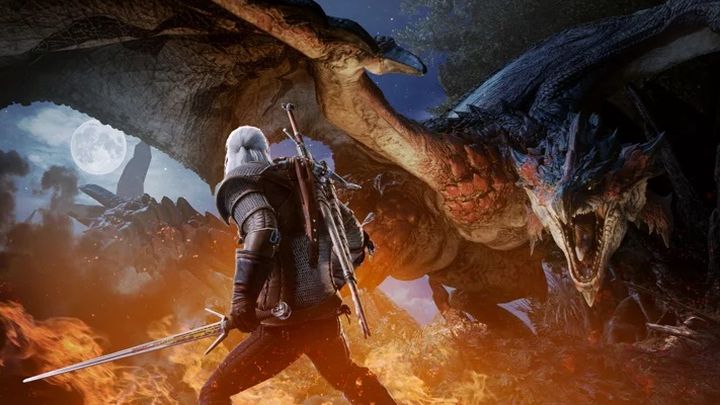 The protagonists of The Witcher 3 are coming to Monster Hunter: World.

MONSTER HUNTER WORLD IN A NUTSHELL:

Yesterday, Capcom released the 6.00 update to Monster Hunter: World, which enables us to play as the protagonist of a completely different title  Geralt of Rivia, THE professional monster hunter, known from Andrzej Sapkowski's novel series and games by CD Projekt RED. We were also given the opportunity to craft witcher gear: a silver sword and armor (as well as Nekker Alpha armor and a cursed wand for our palico).

The adventure begins with the Trouble in the Ancient Forest contract, during which we face a Leshen  a dangerous monster, which you may remember from The Witcher 3: Wild Hunt. Completing the task will enable us to access the new equipment, but the game will not end here, because the quest will be continued in a multiplayer contract Woodland Spirit, which will launch on February 15, along with the next update, featuring the second playable protagonist of The Witcher 3.

Monster Hunter: World lets you take on the role of an eponymous monster hunter and battle all sorts of dangerous and often very big beasts. Console versions of this production appeared on the market on January 26, 2018. The PC edition of the game had its release in August 2018. The game was very well received by reviewers, who praised mainly its well-designed combat system. The title is also very popular among players  Capcom has recently boasted that it has already sold 11 million copies.