Monster Hunter World is the new installment of the popular series of action RPGs developed by Capcom. The title at first debuted only on PlayStation 4 and Xbox One; the PC version was released a bit later. Whats interesting, its the first entry in the series that debuted simultaneously in Japan and on western markets.

The story isnt very important in Monster Hunter World released on PC, PS4 and XONE. The player assumes the role of the titular monster hunter who is exploring a newly discovered continent known as the New World. He learns the secrets of the area and defeats powerful beasts as part of bounty contracts received during his adventure.

Monster Hunter World for PC, PS4 and XONE features a vast, open world that can be freely traveled through on foot or on the back of a tamed creature. The game includes a day and night cycle and the possibility to climb on some elements of the environment. However, the centerpiece isnt exploration, but elimination of various beasts. Each opponent has a unique set of advantages and weaknesses  in order to win the player must carefully observe the behavior of the beast and develop a proper tactic that considers creatures weaknesses, topography of the area and the plants growing on the battlefield. For example, the latter enables the player to hide in the high grass when needed. In addition to that, the world is designed in such way that it seems like a living ecosystem  the player can, for example, lure one creature to another and weaken or even defeat the target without leaving a safe hideout.

The battles are played in real time and they enable the player to use varied melee weapons, ranged weapons and gadgets like a grappling hook, thanks to which the protagonist can immediately reach distant targets. The title also features character development system based on obtaining better weapons and armors. In addition to that, the corpses of fallen monsters are the source of resources that can be used to create upgrades for weapons and armors.

Monster Hunter World for PC, PS4 and XONE was developed primarily for single players. However, the title also features a cooperation multiplayer  when things are becoming too hard, the player can summon up to three companions. Their backup can frequently change the outcome of the battle.

The three-dimensional graphics of Monster Hunter World are of high quality  the developers succeeded in creating the best looking entry in the series.

This guide and walkthrough for Monster Hunter World contains tips, advice and secrets necessary to track and fight the biggest monsters in the world. Here you will find everything about hunting, weapons, equipment and other useful hints.

Monster Hunter: World is known for its various crossovers with other brands. This time it was possible to get Assassin's Creed outfits.

We finally know when Geralt will make his Monster Hunter: World debut. The most famous of the witchers will join the game in February. First he will hit the consoles. The PC players will have to wait a little longer.

Capcom released a new update for Monster Hunter: World, which introduces a cross-over between the former title and The Witcher franchise.

Capcom's Antoine Molant informed that the PC turned out to be the second most important platform for the last year's Monster Hunter: World. 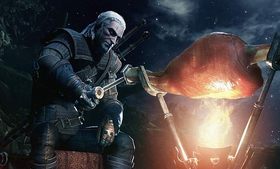 Capcom has updated its list of best-selling titles. Resident Evil 2 and Devil May Cry 5, this year's big releases, can boast good results. However, Monster Hunter: World remains the undisputed leader.