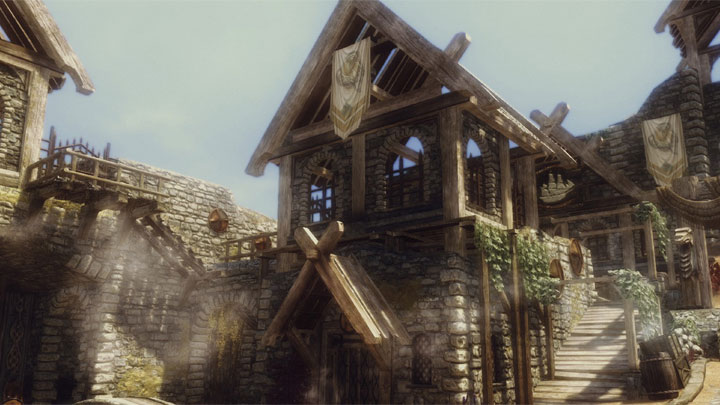 JK's Skyrim All in One SSE is a mod for The Elder Scrolls V: Skyrim Special Edition, created by Jkrojmal and Teabag86.

A lore-friendly and script-free Overhaul of the cities and towns of Skyrim.

New buildings and vendors have been added to the villages making them more vibrant and useful.

Mods that significantly change the above mentioned towns and villages will most likely not be compatible.

Mods altering the exterior of Windhelm, Solitude, Markarth and Riften are fully compatible.

All texture mods are fully compatible.

Patches for Arthmoor's mod's have packaged together in a neat little FOMOD installer called "Arthmoor's Patch Pack". It is the first Miscellaneous File on this mod page.

Extract to  Data and activate in Launcher. Alternativelly use Mod Manager.