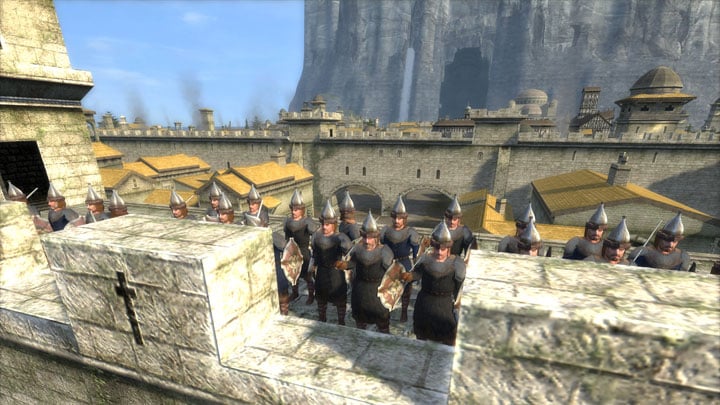 Description (in authors’ own words):

This is an unofficial CONTINUATION for Third Age Total War, the classical Lord of the Rings Medieval 2 mod discontinued many years ago. It adds lots of new features, changes some existing ones and add many bug fixes. This unofficial release has no link to the original TATW mod creator, its a independent project. Though it uses the original mod as basis, and all credits are given to its original creators.

This mod has been in development for almost 10 years! And yet, it was unknown for the gaming community, because it remained restricted to a single forum.

How is this mod different from other big Lord Of The Rings Mods like Divide and Conquer and TATW Reforged?

Thats because this mod is basically meant to be what the original Third Age Total War would turn into had developers continued working on it.

The main guidance of this mod is try to bring as much uniqueness as possible to each faction and more diversity to the strategical map.

No change is made in the main balancing stats of the game.

Also, this is the mod where the majority of custom settlements ever made for Third Age Total War comes from, meaning that what you see in other mods are variations made using as basis the settlements created for this mod.

Different from other Lord of The Rings mods for Medieval 2: Kingdoms, this one is not arcadish style, meaning it remains a lore oriented turn based war game where the focus is in strategical planning.

Units, settlements and locations were created with a sense of reality and polishment, so players will not experience any sensation of incoherence or disarrangement like we see in other mods were the focus is on free fun rather than in realism.

No fancy units, no out of lore settlements, no freestyle terrain editing.

You will play Total War in real Middle Earth, strict to the lore!

You need MEDIEVAL 2 TOTAL WAR: KINGDOMS installed (it can be any of the campaigns)

IF YOU HAVE DOUBTS, ASK IN OUR DISCORD SERVER: Discord.gg

INSTALL: EXTRACT THE CONTENT OF THE .RAR FILE INSIDE "C:\Program Files (x86)\SEGA\Medieval II Total War\mods" (OR WHEREVER THE GAME IS INSTALLED IN YOUR PC)

INSTALL: EXTRACT THE CONTENT OF THE .RAR FILE INSIDE "C:\Program Files (x86)\Steam\steamapps\common\medieval II total war\mods" (OR WHEREVER THE GAME IS INSTALLED IN YOUR PC)

ASK HERE IF YOU HAVE ANY DOUBT: Discord.gg