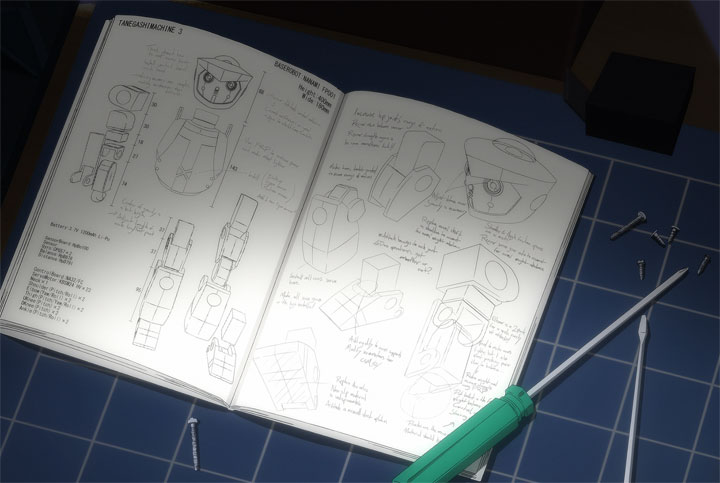 Steam Patch is a mod for Robotics;Notes Elite, created by Committee of Zero

This patch features a significant number of changes and fixes to improve the English release of ROBOTICS;NOTES ELITE on Steam, including typo fixes, a thorough check of every line of the translation, changes for consistency with the rest of the Science Adventure Series, and even the implementation of mouse support into the game!

Corrects countless mistranslations, continuity errors and other translation flaws. (Note: not actually countless, but so many we didnt have time to count. We at least know this: around one-third of the lines in the game have been changed.)

These range from simple punctuation mistakes to huge errors that could impact ones understanding of the game, such as inaccurate characterization, wrong names, or inconsistent terminology.

Additionally, certain terms are translated differently between ROBOTICS;NOTES ELITE and the other Science Adventure localizations, and weve corrected as many of those as we could as well. This includes changing the name order to Japanese-style (e.g. Kaito Yashio  Yashio Kaito).

Displays documents, tweeps, geotags, the backlog, and basically any and all text in a nicer font with better formatting.

Pretty much every video containing text in the game has been translatedor had its original translation improved. Additionally, there are optional karaoke subtitles for openings and endingswith the option to select between Japanese + English song subtitles, Japanese only, or English only.

Contains new translated versions of most CGs. This includes a number of CGs that were translated in the original Steam version, which have been replaced with variations that are both visually improved and better-translated. In addition, the phase title cards now feature added translations for the Japanese titles. (This is not to be confused with the English titles: every phase actually features two titles, one in English and one in Japanese, and theyre always totally different.)

Weve fully implemented mouse support in ROBOTICS;NOTES ELITE. Next to our full check of the translation, this is probably the most impressive feat of any of our patches so far. For all features in ROBOTICS;NOTES ELITE included in other PC Science Adventure games, weve done our best to replicate the controls as closely as possible, and for new features like IRUO., weve implemented brand-new control schemes. Naturally, the HELP screen has been updated to reflect the new controls.

As part of the mouse support implementation, weve designed and added auto/skip buttons, just like the other Science Adventure PC games. (Keyboard and gamepad shortcuts for these will still work.)

Weve fixed a bug with the implementation of the skip function. In the newer ports of ROBOTICS;NOTES ELITE, the skip function was totally broken. Even when set to Read text only, it would skip lines at random, regardless of whether or not theyve been read before. That should all be dealt with now.

Can be installed over the Steam version of the game without breaking existing saves.

Extract the archive somewhere on your hard drive, not in your game directory.

Go to the newly created RNEPatch-v<version>-Setup folder and run RNEPatch-Installer.exe. Warning: Has sound.

If the installer quits with an error about MSVCP140_1.dll, install Visual C++ Redistributable (32-bit version, vc_redist.x86.exe - regardless of your system) and try again.

After you click Finish and the installer closes, you can delete the RNEPatch-v<version>-Setup folder.

If youre having a problem not covered here, please ask us on Discord about it.

Game/launcher fails to start from Steam

You can try starting the launcher from the desktop/start menu shortcut (if you created one during the installation) or by directly running LauncherC0.exe from the game directory (right click ROBOTICS;NOTES ELITE in your Steam library, Properties  Local Files  Browse Local Files). Make sure youre logged into Steam, though.

Game shows an error about mgs::Audio::CPlayer::InitializeXaudio()

Installer shows an error about MSVCP140_1.dll

Installer shows an error about api-ms-win-crt-runtime-l1-1-0.dll

Update Windows. You may need to install the Visual C++ Redistributable again afterwards (file above) - use Repair when prompted.