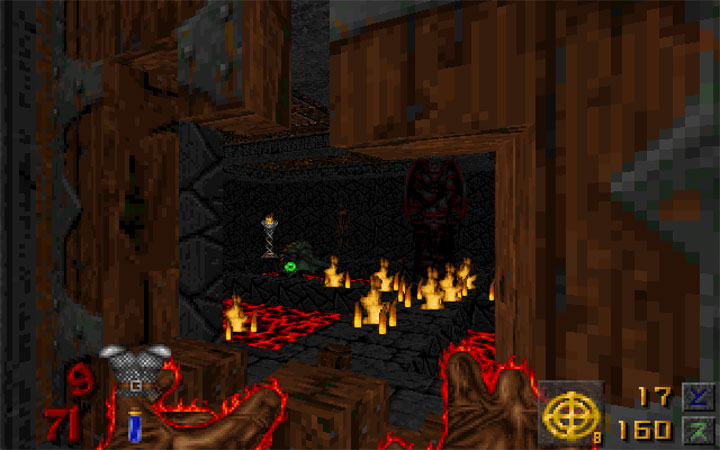 This is a demo of Legend: Forgotten Chapter -

a spin-off mod in the Legend series of mods universe.

This mod is NOT Legend: Farewell Edition version 9. It is, however, based on Legend-9 level structure.

Otherwise, it uses the vanilla Hexen gameplay mechanics with none of Legend features. At least, this is so

in the mod's current state.

The demo includes first level only, - Winnowing Hall, (Legend-9 version), which has been heavily modified

and extended. Packed with numerous secrets, exploration areas, traps, evil devices and non-linear gameplay. Roughly 60 minutes of gameplay, if you explore and clear

everything. More for the first-times. Much more for those stuck on the switch issues...

The demo (or the mod - in the future) is compatible with any sourceport and does not need Legend-9 to run. Prefered platform - GZDoom. Everything with Legend series of mods is tailored to difficulty 4...don't say i didn't warn you :-)

So, grab your axes and staves - and on with the show!

To run use GZDoom.