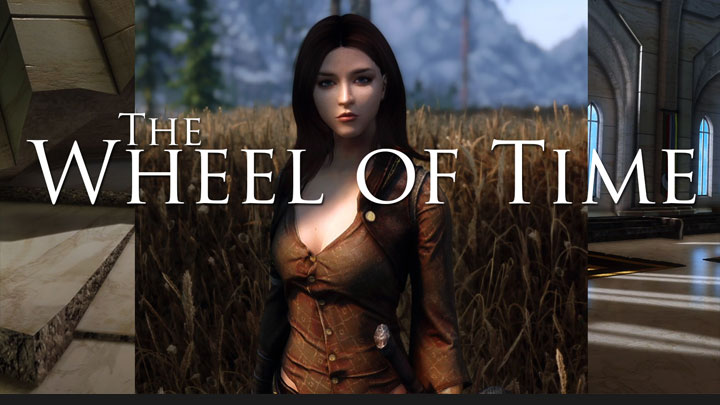 The Wheel of Time - Fully Voiced Follower and Quests is a mod for The Elder Scrolls V: Skyrim Special Edition, created by AlmightySE.

Description (In author’s own words):

Based on the fantasy book series "The Wheel of Time" this mod adds the follower Aviendha and Wheel of Time-related quests. Fully voiced by a great cast of voice actors.

What is the Wheel of Time(WoT)?

The Wheel of Time is a fantasy book series written by the late Robert Jordan. It's now also a major Amazon TV series.

What's in the mod?

The mod consists of the follower Aviendha and Wheel of Time-related quests, all fully voiced.

How do I start?

Something will happen when you cross the Riverwood bridge.

Aviendha is a "Maiden of the Spear", a warrior of a people called the Aiel.

There are currently six quests, and more quests are in the making.

To start the quests you are required to be the Dragonborn(you will be considered Dragonborn after killing the first dragon and becoming Thane of Whiterun). The quests will start naturally over time, please see the quest guide for more details. If you prefer to play alone, the follower can be dismissed after the Darkfriends quest.

How to skip quests

Are there WoT spoilers?

There are some events and dialogue which are closely related to the books. At the same time, it has been adapted work within the world of Skyrim. Go into the mod with the mindset that something which happens in the mod doesn't necessarily happen in the books.

Don't manage Aviendha with follower frameworks such as AFT and NFF, as it may cause issues with her functionality. She has her own framework and doesn't use up the regular follower spot.

If you insist on using another framework anyway, wait until after the quest Darkfriends, as it will most likely fail otherwise.

Assets used from other mods:

Extract to „Data” and activate in Launcher. Alternativelly use Mod Manager.