People (or our brains) just love predictable patterns  that's why we have have all these genres, series, universes, etc. However, sometimes a thought appears in the mind of one of the bigger fish of gaming  let's do something unusual. And they're not talking about a decent remaster or any sort of indie game  they're talking about controllers. It's probably one area of industry that enjoys the most colorful design history, which you will possibly agree upone once we're through this thing. The list isn't sorted in any particular way. After all, everyone can decide alone whether the glove-shaped controller, the chainsaw controller, or the monstrosity-that-looks-like-the-gardener's-worst-nightmare controller is more surprisingto them. 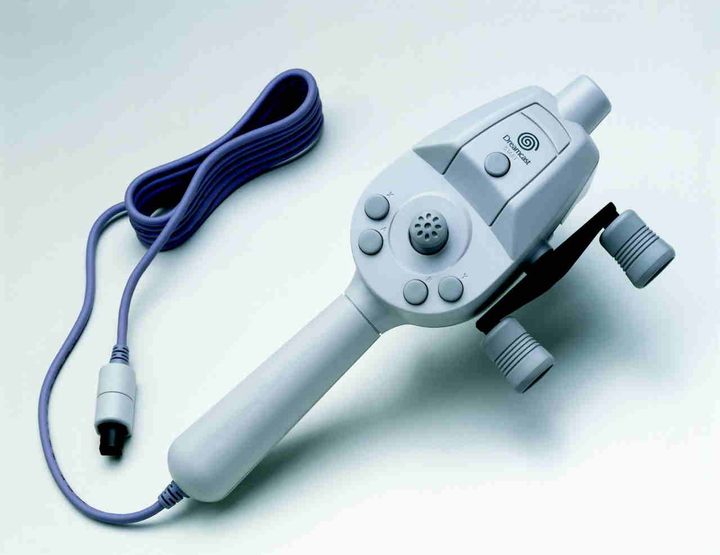 I guess nobody will be surprised to see gems from the Japanese domestic gaming market in this ranking. After all, it is quite a place, giving us various, bizarre games, comics, stories, and ideas. Back to the controller, though: as the name suggests, it simply was supposed to work like a fishing rod.

It was used in the Sega Bass Fishing game for Dreamcast consoles, which was produced in 1998 in Japan. Though th rod was generally designed with fans of fishing games in mind, nothing prevented you from playing other games with it. The controller was great for brawlerse or sports games like tennis. After all, if fishing rod and a tennis racket have something in common, it's that you can swing it, right?