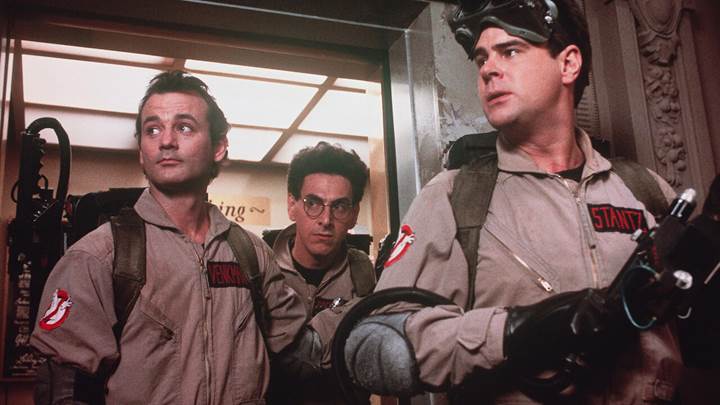 Who you gonna call?! Ghostbusters are hard to define – it's more comedy than horror, but without the grotesque creatures, Reitman's film wouldn't be the same. This is exactly the element that failed in the modernized adaptation, yet which the fans adored all those years ago.

Stranger Things tries to achieve a more serious tone, but the creators' love for Ghostbusters is very apparent – in the second season, the four main characters even dress up on Halloween as the four busters, performed by Dan Aykroyd, Bill Murray, Ernie Hudson and Rick Moranis. After all, they, too, are busters of supernatural creatures, only from Hawkins, rather than New York.

In the second episode of the fourth season, VHS tapes running Reitman's cult comedy-horror can also be spotted in the background. The No Ghost t-shirt appears in season two as well. These references are, of course, only the most tangible of the examples of inspirations with the cult franchise. Can you think of any other examples?