Okay, I guess we're satisfied. Two minutes is a decent result for the first trailer. Luckily for us, it were two minutes rich in various scenes and sneak peaks  that's why we can invite you to a short analysis of The Witcher's Netflix trailer.

Series is much more than just a story

Let's start with the general picture that emerges from this teaser. We have known for a long time that the first season of the series is based on the volumes of short stories The Last Wish and Sword of Destiny, which begun our relationship with Geralt of Rivia. However, Netflix is clearly preparing the ground for all stories written by Andrzej Sapkowski. This can be seen in the released trailer  for example, in the great emphasis on genesis of main characters, especially Yennefer.

However, the wide stories adapted in the series try to highlight two motifs that Sapkowski has already indicated in his short stories, Sword of Destiny and Something More, and developed them further in the whole saga. It is about the threat to the Kingdoms of the North from the Nilfgaard and about the destiny connecting Geralt with Ciri. Of course, basing the script on these threads is not a surprise, since we had Vilgefortz on the payroll, which had been available for a long time. It was pretty obvious that Netflix would not be satisfied with one season of super-production, which has the potential to repeat the success of The Game of Thrones. The only question we had to ask ourselves was whether these motifs would be so strongly emphasized at the beginning of the story.

Lesser evil in service of destiny? 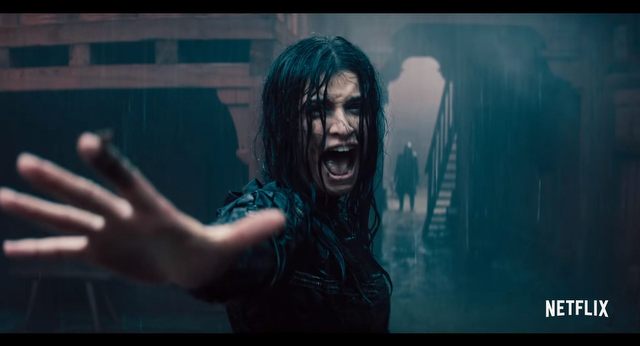 Since we know that Nilfgaard and Ciri will play an important role in the first season, it is worth thinking about the integration of individual stories with these motifs. The trailer shows scenes from such stories as The Witcher and The Lesser Evil, The Last Wish or Sword of Destiny, and the full cast reveals that they will also include, among others, A Shard of Ice, The Edge of The World, A Little Sacrifice and The Bounds of Reason.

Will Netflix combine these stories into an interesting masterpiece or whether it ends up as an uncoherent mess of mixed adventures? Or maybe during the further progress of the main story, (A Question of Price, Sword of Destiny, Something More) we will see side stories without any links to themes of Kingdom of the North and the Surprise Child? Lets hope for this second scenario as it may work well. 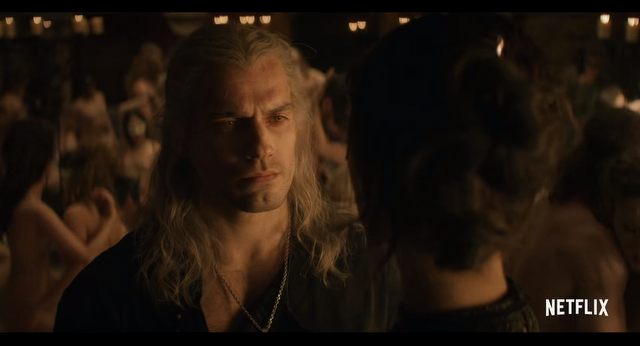 Scene from the Belleteyn celebration from the Sword of Destiny.

The following question is more troublesome: is Lauren S. Hissrich and the rest of the team capable of finding the balance between interesting story-telling and effects of pathos in The Witcher? The scenes in which Geralt is convinced that Ciri will be an "extraordinarily" child, and young Yennefer is tempted by the vision of "the most powerful woman in the world", makes you wonder. Besides, please note that the whole trailer has a highly dramatic tone  somehow there is not a single note of specific humor, which is common in Sapkowskis books.

Of course, it is impossible to judge the atmosphere of the whole series on the basis of a short trailer, but the first impression is rather... confusing. People who hoped that the picture would unravel Slavic homeliness were may feel disappointed.

What will the first episode be about? 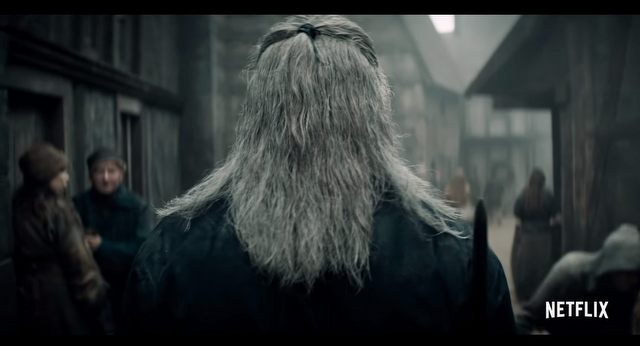 The odds tell us that this is a scene from the first episode.

A lot suggest that in the first episode we will witness the events from The Lesser Evil. Lauren S. Hissrich in one of her interviews revealed that Freya Allan, before she got the role of Ciri, was originally supposed to play only a small role in the first episode. It was Marilka, the daughter of Caldemeyne's village administrator from the town of Blaviken, where the action of the story took place. If the script has not been thoroughly rewritten since then, we already know what to expect in the first episode. Which, of course, doesnt indicate that The Lesser Evil will be the only story of that episode.