When rumors surfaced in May 2020 that Assassin's Creed: Valhalla would be smaller than Odyssey, I breathed a long sigh of relief. The Greek adventure tired me out to the point that I promised myself to let go of the next installment in the series if it's relatively similar.

It quickly became apparent, however, that the size of the Vikings production of the developers from Ubisoft Montreal overshadowed the achievements of their colleagues from Quebec. And so, true to my own resolve, I did not play Valhalla. Yet. After all, I'm not going to deceive myself that I never will – I like this series too much. However, when I come across mentions of the third DLC for it on the internet, I hear Bob Marley singing in my head: "Kill them before they grow." It's just a pity that Ubisoft doesn't seem to listen to malcontents like me and prepares a game-service tentatively titled Assassin's Creed: Infinity, which will be incomparably larger in scope and scale than any previous installment of the series.

Turn away before it's too late

One would like to shout: "Do not go this way, Ubisoft!" I doubt, however, that the French would hear such a cry – I hear they use super expensive ear plugs. They seem to have a definite plan for the brand's development – one that seems to fit in with the recently fashionable trend of long-term support for AAA productions. Rockstar Games is doing the same with GTA 5, not unlike 2K and Firaxis Games with the sixth Civilization. Why reinvent the wheel?

Even though Ubisoft is accustomed to abusing the right to recycle ideas and solutions, most of the older installments from the original to Syndicate could be completed within twenty hours. 2017's Origins, which redefined the series, took about ten hours more. The expansions offered another dozen or so, but the storyline of the core game was skillfully tied and even if you said goodbye to Bayek at this stage, you could still find the adventure satisfying. 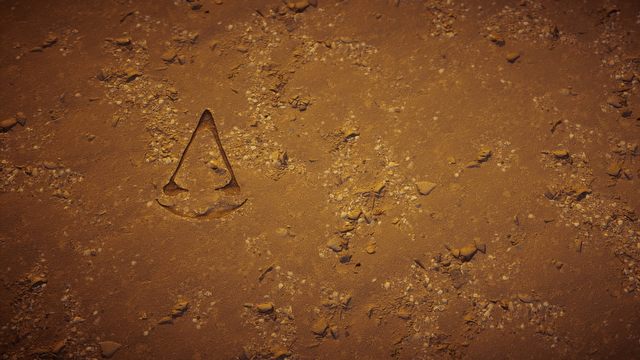 The finale of Assassin's Creed: Origins is symbolic and easily accessible.

Odyssey has messed up in this regard. There were actually three main storylines, but after none of them did I get that feeling of accomplishment that usually comes with seeing the end credits. Perhaps that's because there were none? Could it be that the folks at Ubisoft, not knowing where to put them, decided not to include them at all? Maybe they have simply forgotten? Anyway, I was really disappointed.

This can be seen as an artistic device – a great example of this is the finale of Dark Souls 3's The Ringed City DLC , where, after a very symbolic fight with the final boss, we're left alone, in the middle of nowhere, suddenly without a purpose – but the scenes in Assassin's Creed: Odyssey lacked an equally powerful tone. However, I was secretly hoping that what I missed in the core game I would find in the DLCs. Oh silly me. Silly me.

While I remember the beginning of Alexios' odyssey well – as for me it was a return to the series after a hiatus of almost four years (rest assured, I've almost caught up) – the more time I would spend in Greece, the less I enjoyed it. To make things more interesting, I decided to fully immerse myself in the game world and not use fast travel at all. I loved slowly traversing virtual space in The Witcher 3 and Red Dead Redemption 2, so what could go wrong? You guessed it: everything! When I was given a new task, I just prayed that it didn't involve sailing Adrestia from one end of the map to the other. I knew that immediately after a short fight or conversation I would have to take a return cruise. 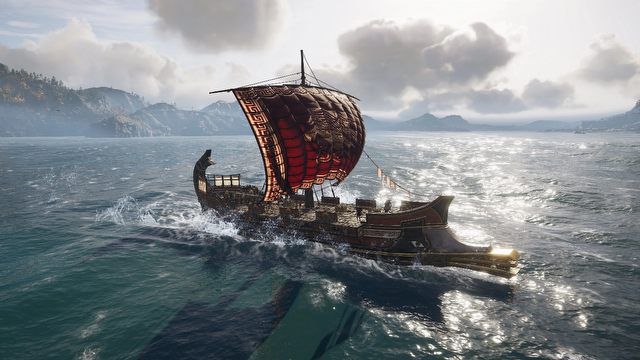 I liked the shanties.

You may say that I did not respect my own time. True, but I wasn't the only one who thought they had too much of it. The developers must have come from a similar premise. Odyssey was so full of meaningless content! I can't count all the tasks I ticked off, led only by the need to get everything done. The quest givers would solve every problem with force.

Misthios (I've grown to hate this word) may have had to work, but I didn't sit down in front of the computer in the evenings to have a sense of duty well done after three or four hours of running errands. Especially since a while before the release of Assassin's Creed: Odyssey, I broke my addiction, whose name was Hearthstone, and I wasn't about to step into the same river again.

In the end, however, I sailed through it length and breadth as I "maxed out" both the core game and both DLCs. I even persisted in my resolve not to use fast travel in ancient Greece – I only gave up in The Fate of Atlantis. And even though I would get twitchy at the very sight of another fort to clear or a missed question mark, I would sit down to the game with renewed enthusiasm after a short break. In total, I made four such comebacks – each with increasing reluctance, but in the end I made the best of it. There were times when I felt like "going out of my mind" when, after the first group of mercenaries was eliminated, another one was unlocked in the menu or when, while exploring the kingdom of Hades – naturally, before joining the storyline – I came across the curtains of death, due to which I had to visit some places a second time after developing the story and getting the appropriate items, but I eventually got the desired 100% and all the achievements. But at what price?

I spent a total of nearly 200 hours with Odyssey. What's my fondest memory? Repeatability and systemicity. New trivial tasks, new mercenaries to kill, new targets to track down, more forts to capture, more battles to win. In addition, Greece was huge and fairly homogeneous – so much so that in retrospect, I can't tell what was where. The only really distinctive location I remembered was Lokryda, with its memorable red lake. In the Fate of Atlantis DLC it was a bit better and more varied, but when I went through it, I had only one goal – to see it through the end as soon as possible. And never to return to Odyssey. 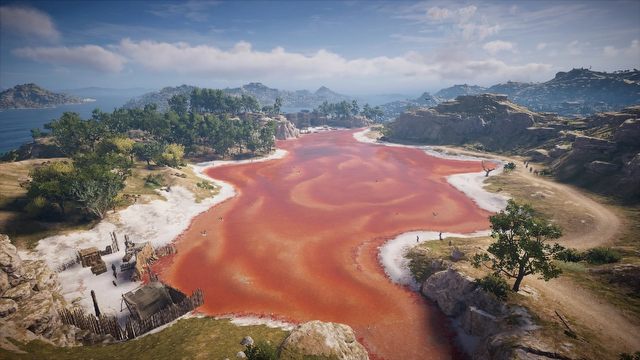 Diamonds to donuts you know this place.

Don't get me wrong. It's not a bad game. What's lame is the way Ubisoft designed it. This really prevented me from actually enjoying the second expansion. And it keeps me from trying Valhalla. I know it's less systemic and I applaud Ubisoft for that. However, with the size of the world and the content, the creators went overboard again. The revealed Assassin's Creed: Infinity, on the other hand, is expected to be even bigger and supported for longer. When I read that the Quebec and Montreal branches were working on the project together, I had the ghastly premonition of Odyssey and Valhalla combined. Ugh... Above that, with different eras, multiple story campaigns and characters, it all sounds like a description of some MMORPG, which I am not a fan of. It's enough that Odyssey felt like one. These games should be definitely getting a little smaller, not bigger. In Origins, Ubisoft balanced the proportions quite well, finding the golden mean. It's just a shame that the French studio later turned the wrong way. Don't go there! Or I'm getting off this train.