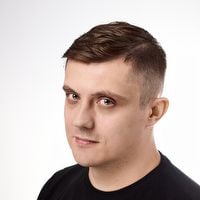 Succumb to Hogwarts Legacy's Magic Listening to a Beautiful Concert

A new video from Hogwarts Legacy has appeared online. This time it's a performance by a symphony orchestra, performing a piece reminiscent of music from the Harry Potter movies. In the background are new shots from the game.

Succumb to Hogwarts Legacy's Magic Listening to a Beautiful Concert

Gwent is not the only game that CD Projekt intends to put to kill off. A similar fate also awaits The Witcher: Monster Slayer.

The new patch for God of War: Ragnarok is not just the photo mode. It's also dozens of minor changes dictated by player complaints. One fix in particular should please the fans.

The second season of Overwatch 2 starts today. Here's everything you need to know about it.

Larian Studios confirmed its presence at The Game Awards 2022 on Friday, showcasing new content for Baldur's Gate 3. The teaser features two characters well known to fans of the series - Minsc and his hamster Boo.

Callisto Protocol a Bit Closer to Perfection on Consoles

Console versions of The Callisto Protocol have received a patch to stabilize fps and eliminate bugs. More patches are on the way.

Callisto Protocol a Bit Closer to Perfection on Consoles

On the occasion of Dragon Age Day, BioWare has released a new teaser of Dragon Age 4. It introduces the Dread Wolf - an alleged elven deity known from Dragon Age: Inquisition, who will play a key role in the game's plot.

Starfield has 'Only' a 1000 Planets Because Bethesda Held Back

'There are supposed to be a thousand planets in Starfield,' Bethesda's Todd Howard once said. Now he added that there could have been many more, but there were two reasons why the studio gave up on increasing their number.

Starfield has 'Only' a 1000 Planets Because Bethesda Held Back

A week earlier than planned, patch 1.6.2 for Assassin's Creed: Valhalla has been released. It introduces a handful of changes and fixes, as well as free DLC titled The Last Chapter. It also gives us a preview of what awaits us in Assassin's Creed: Mirage.

Season two of Overwatch 2 is just around the corner, so Blizzard took a moment to present Ramattra, the recently announced tank, in his full glory. On the other hand, we are expecting to learn the content of the battle pass any day now. There will also be a new map.

Technical problems surrounding the release of WoW: Dragonflight did not prevent a certain player from reaching level 70 less than three hours after the expansion was made available.

The Witcher Remake With Open World

The Witcher Remake is to receive an open world. This is surprising, since the original was a heavily linear game.

The Witcher Remake With Open World

Red Dead Redemption 2 is triumphing on Valve's platform as a result of a record discount on Steam Autumn Sale 2022. Rockstar's game was simultaneously played by the largest number of people since its release.

New gameplay from Atomic Heart reveals a lot of information about the game - its estimated length, difficulty level and the developers' inspiration.

Xbox Game Pass Will Get 2 Games Today, Including a Criticized FPS

Two shooters are coming to Xbox Game Pass today - the controversial Battlefield 2042 and Gungrave G.O.R.E. debuting today. Will BF 2042 get a second life on Microsoft's platform?

Xbox Game Pass Will Get 2 Games Today, Including a Criticized FPS

Today marks the release of Evil West, a Wild West TPP action game with vampires, developed by the Polish studio Flying Wild Hog. The title is collecting good reviews, although it does not impress visually or technically.

The developers of The Elder Scrolls Online have been working on a new game for more than four years. The project is reportedly „very large in scope” and more than 200 people are involved.

The developers of Pathfinder: Wrath of the Righteous have unveiled the first gameplay trailer for Warhammer 40K: Rogue Trader. However, we still haven't learned the release date.

A new trailer for Atomic Heart, a sci-fi FPS sending us to a retrofuturistic version of the Soviet Union, has appeared online. It shows, among other things, looting, which looks as unique as the whole game.

Hogwarts Legacy Achievements Say a Lot About the Game

A list of achievements from Hogwarts Legacy has briefly appeared on Epic Games Store. It looks like getting all the trophies in the upcoming Harry Potter game will be a time-consuming task. Spoiler alert.

Hogwarts Legacy Achievements Say a Lot About the Game
More