The effect is that just waiting for CP2077 has become not so much an element of the hype, but an independent pop-culture entity. The only question is, does any game still have a chance to be similarly breathtaking and fill the imminent hype void?

Ever since May 2012, when CD Projekt Red revealed the adoption of an RPG project based on Mike Pondsmith's idea, the local Polish gaming industry has undergone an incredible transformation. From a forward-looking but still second-largest representative of the gaming world, it has risen to the rank of the leading provider of digital entertainment around the world. It has given the world productions that were innovative, such as Superhot, This War of Mine or Ghostrunner, as well as outstanding representatives of their respective genres, among them Dying Light, Observer or Frostpunk. Finally, I have to mention The Witcher 3, which despite some technical problems became a milestone in the history of video games, which even the biggest players had acknowledge to move forward and not to be consumed by history and forgotten.

So here we are, on the eve of the year 2021, which, apart from hopes for an imminent end to the deadly pandemic, also brings us hopes for further game of the highest quality from Polish developers. I am deliberately not talking about surprises here, because having reached a certain level, a gamedev studio unavoidably loses the comfortable argument of inconspicuousness  at this point, some things are expected from teams like Techland, Bloober or 11-bit! And even smaller groups are held to a certain standard, like Adrian Chmielarz and his Astronauts are expected to amaze the world with their upcoming shooter Witchfire as they did a few years ago with The Vanishing of Ethan Carter. Only this time it will be much harder, because now it's "those people from The Vanishing" together with "that guy from Gears and Painkiller." I'm not surprised that for the time being they're being modest with materials presenting the game itself  it's the second or third production of a given studio that confirms its true aspirations. Using modern social media platforms, you can build quite a big hype train around the game without having a big budget. A hype train, which, if it ends up a train wreck by failing the expectations of players and reviewers, can cost a small studio its "life". 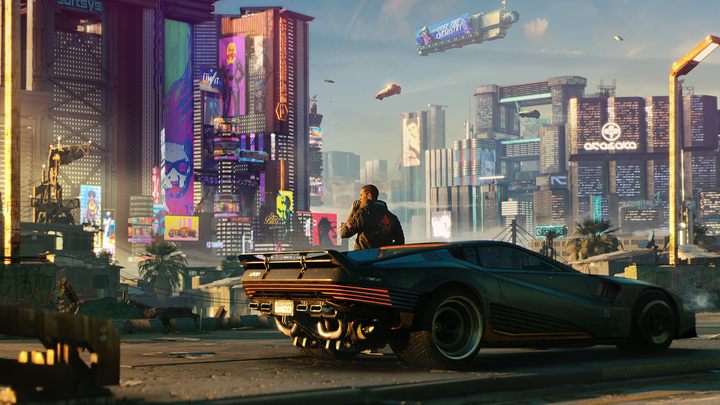 The Invincible  my personal hope for the title of Polish game of the year 2021, announced for the second half of next year, starts from a similar position. The year, which, as might be interesting to add, was recently established by the Polish government as the year of Stanislaw Lem, commemorating the 100th birthday of the iconic SF writer. I will not discuss how important the work of this exceptional writer is to me personally. His output is invaluable for both Polish and international science fiction literature, and his thoughts on futurology and philosophy of science are still widely deliberated in intellectual minds around the globe. With a strong foundation in the form of a surprising story of The Invincible (which is suspected to be the inspiration for the script of Ridley Scott's Alien) and the considerable experience of Starward Industries team members, we can look forward to a video game tribute to retrofuturism that will be at least as worthy as Alien: Isolation. Looking at the subsequent revealed shots from the game, I can only say that I am very jealous of all those who will start playing The Invincible without knowing the original story from the book...

And what are your expectations regarding Polish games coming after Cyberpunk 2077? Are you waiting for The Medium? How do you feel about Dying Light 2, which seems to be further from completion than ever? Or maybe you know some other game that are worth paying more attention to? Share it with us in the comments and good luck on the streets of Night City!