The horror genre takes many forms. Sometimes, such stories are supposed to simply frighten the viewer  a night lamp becomes your best friend for the week after the screening, and going to the bathroom at night is a thriller. In other cases, viewers simply look for a dark, disturbing atmosphere, or an artistic take on fear  and there are horror films that cater to that audience as well. Occasionally, we also can encounter hyper-realistic films, in which fear is evoked by a confrontation with the evil residing within people themselves.

Today, we will review various horror and thriller series that are currently available on streaming platforms. Some series generate anxiety by embracing reality, or by barely touching the darkness; others uncompromisingly step into the territory of gore, and fantasy horror. We have focused on critically-acclaimed productions and recent hits  although there are many more series that tackle difficult themes, our choice highlights the most horrifying stories.

HAVE WE MISSED SOMETHING?

If something is missing, or we skipped some valuable pictures, let us, and other readers know in the comment section. 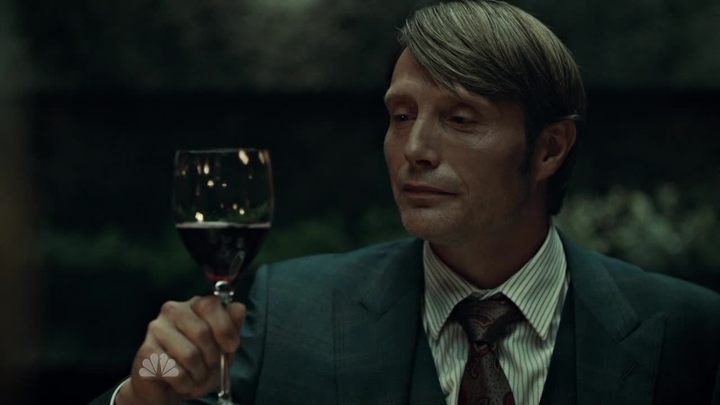 You really need some confidence to attempt remaking the all-time classics. The Silence of the Lambs, based on the prose of Thomas Harris, is as cult as it gets. This was a result of masterful execution, which built a mood of terror and anxiety. Hannibal Lecter, in the unforgettable creation by Anthony Hopkins, turned out the pulsating heart of this gruesome psychological game between two psychopaths and an FBI agent. The actor has brought to life the figure of a cannibal psychiatrist and made it quite iconic. He enchanted viewers, seduced them with his personal charm and erudition, and at the same time repelled the audience with a cold, inhuman gaze. Whoever has seen this film once will never forget it. Even in the most righteous characters played by Hopkins, you will always find traces of Lecter.

Bryan Fuller, the creator of the series, faced a huge challenge, but he managed to come out on top. He wanted to tell Lecter's story anew, and found the right man for the job  Mads Mikkelsen. The Scandinavian actor opted for an even cooler approach to the role. Ironically, his interpretation of the famous criminal turns out to be more human, but still remains somewhat terrifying. Maybe it's just a matter of Mads getting more screen time in the series than Sir Anthony Hopkins did in the film.

Anyway, Lecter is still deceptive, playing a subtle game with the subjects that fascinate him and are somehow useful to him  and they fall into his web unawarely, like Will Graham (Hugh Dancy), who comes to Lecter for consulting the murder investigation. The series begins at a time when no one is aware of Lecter's unsettling culinary tastes.

Hannibal takes audience to extremely nasty areas of human behavior: sometimes, it gets very bloody and dark. Also, it often makes a turn  especially in later episodes  towards a particular psychedelic game. The series was cancelled after the third season, but both Fuller and Mikkelsen are interested in a continuation.