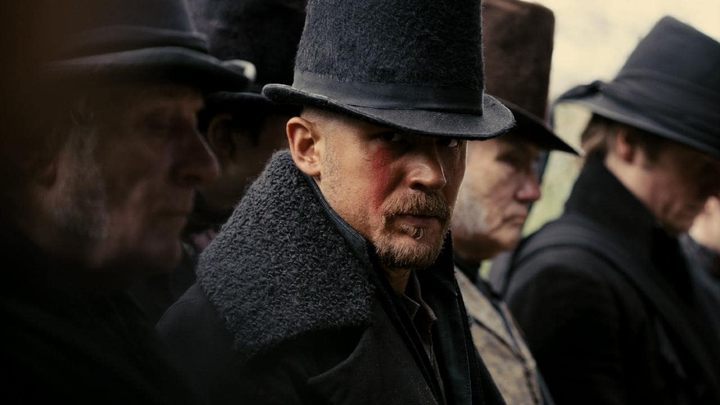 If you reach for any script or a book-writing guide, you can be pretty sure that the author is going to yell at you at the beginning in order to make you kill your Little Darlings  the favorite motifs, which may dominate the whole story, but in practice are often no longer suitable for the entire plot. Tom Hardy, co-responsible for the creation of the Taboo series, has thrown another such collection of advice to the trash and let his team  Steven Knight and his own father, Chip Hardy  do it on their own terms. The result was quite uneven, but certainly interesting.

Taboo turns out to be a bit like "Count Monte Hardy"  we have a lot of classic Alexander Dumas' novel here  about revenge and bitter historical events  but somewhere in the background, there is a more mystical game going on. We can see shamanic accents and motifs straight from horror movies like The Exorcist. They definitely make the show colorful and intriguing, but at the same time, they leave viewers unsatisfied.

The supernatural element is revealed to the presented world together with main character, the mysterious James Delaney. The heir to a spoiled fortune prepares to avenge his father and his whole family. However, he does it after returning from Africa, where he encountered a mysterious transformation. As a result, he uses the access to the world of spirits (not necessarily friendly) to achieve his goals. This motif intrigued and foreshadowed the plot's departure into truly unusual regions  African shamanism rarely appears in films and series, and Black Panther is unlikely to mend that. Ultimately, this idea was reduced to the role of a tool in the fight against the East India Company.

Delaney's struggle with the bloodthirsty colonizers was accompanied by exposing and breaking the title taboos embodied by other heroes. Incest  depicted much more gruesomely than in the Game of Thrones  was not the toughest of all themes.

Problems arose when Hardy exaggerated the manner of a mysterious, close-minded stranger, and sometimes ended up unintentionally amusing. Sometimes, the story halted or stumbled. Luckily, when the plot started to accelerate, it stayed on high gear, even if it resulted in a rough exchange of opinions. The atmosphere, nice shots, much of the intrigue, and Hardy himself (at least when he was in control of everything that was happening) did the job. What about the untapped potential? Well, the second season is likely to happen, it's confirmed. We've been waiting so long just because Hardy's still has to finish the second part of Venom... However, it will probably be worth it, because the vision of the world from Taboo can be intriguing. If creators manage to further develop the already-used ideas  this series may once more shine.