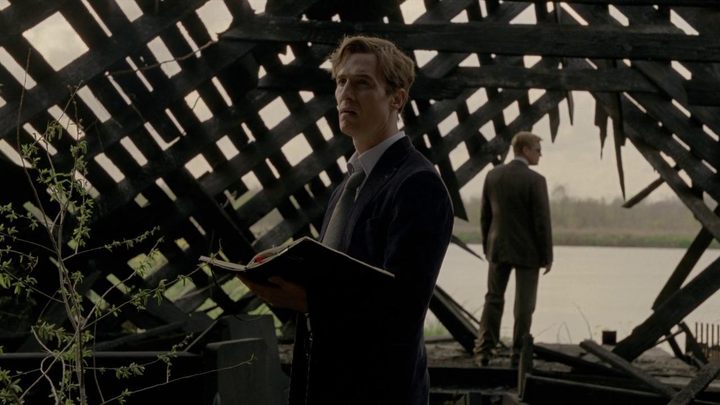 The True Detective came right out of the blue  with the force of a lightning bolt. This is one of those short but powerful stories with superior and unique quality. Its one of the shows that still makes HBO originals hard to match. For the screenwriter Nica Pizzolatto, the series turned out a big entrance  the author has become a well-known figure in the consciousness of the mass audience. Additionally, Matthew McConaughey made a great comeback in full glory after a weaker period, during which he played flat troublemakers, surfers, and sweet-looking machos in romantic comedies. Woody Harrelson also delivered, so he wasn't lagging behind McConaughey.

True Detective made it on almost every level. The actors surpassed each other in their performance with each episode. The shots, sequences, sceneries were top-notch, and the script tricked and mislead the viewers in a maze of misguided trails. On top of that, there was the dark, nostalgic soundtrack, reflecting the disturbing spirit of the whole thing  including the main theme by The Handsome Family.

Together with main protagonists, the viewers landed in hot, humid Louisiana, full of mysteries, muddy marshes, and ordinary human meanness. There was something dark in the background, but the Yellow King, taken directly from Richard Chambers' stories, preyed only on human demons. Nevertheless, this was enough to intensify the atmosphere of anxiety that was already accompanying the audience at every step of the main story. In addition, there were the horrifying, poetic and symbolic scenes from crime scenes, and a sense of insecurity, as the viewer followed the protagonists. The fantastic acting also underlined the moral ambiguity of the main characters. Other two seasons are practically not connected with the first one, but it's still worth checking them out. The second one can be difficult to watch, because it's a gangster ballad set in concrete jungle with corrupted cops  all this stuff stumbles over a over-exaggerated story, but still enchants with its mood. The third season is a return to the original formula full of unknown territories, haunting, mysterious murders and unsettling symbolism.