People criticize Ubisoft's games for many reasons: rehashed ideas, repetitive gameplay; all the blemishes of modern, mainstream gamedev, but hardly anyone mentions what I find most annoying about their games. Namely that the studio encases its games in narratives that are important, serious, ostensibly groundbreaking, while at the same time giving us stories, characters, and quests that seem shallower than the Sea of Azov.

This is perhaps best illustrated by one of the quests in Assassin's Creed Odyssey, a game advertised as one that brings a set of rich and complex moral dilemmas to be solved by the players. It goes roughly like this: Around level 17, you are running through meadows and get busy toppling the political system of the entire region, then suddenly, a young medic halts you and asks you to bring him five plants. You fetch them, bring them to him, and he says you have to give away three of them. So, you take the remaining three plants, give them away to three people; they thank you, and tell you the medic seems kinda down and could use help. You go back to the medic, and the medic seems kinda down indeed. And here we are: the game gives you two choices to cheer him up. You can go to bed with him, or you can go to his grandmother with him. You choose option two. Along the way, the medic, out of the blue, tells you that the grandmother is a bad woman – she lied to some people. "Hey, stranger, how about helping me kill my grandmother?" Sure, mister medic, let's kill the old, bitter lady, that will sure cheer you up.

Unfortunately, granny is not home. She was kidnapped by bandits. "Problem solved," you think, and start running the other direction. But that's not it. It stands to reason that you should capture the woman back from the hands of the bandits and bring her back home, where her beloved grandson will have a chance to settle it down properly – daggers, pillows, and what not. Logical. So, you mow down the gang of thugs, free the grandmother, and quickly lead her to the place of her killer rendezvous with the grandson. And this is where the famous moral choice comes in. You can let the grandson butcher the old lady, do it yourself, or say that, all in all, we'd better not kill granny, even though lying isn't nice. You choose option three. "Great idea stranger! You're right, killing someone for lying is a bit excessive." "So, what about that sex thingy we talked about?" Well, not really. Sorry, mister medic. At this point, the old woman chimes in and says that from now on, she will do good and good only. They walk away towards the sunset, and you're left with a feeling of having earned 3500 XP and lost your sense of intellectual dignity. 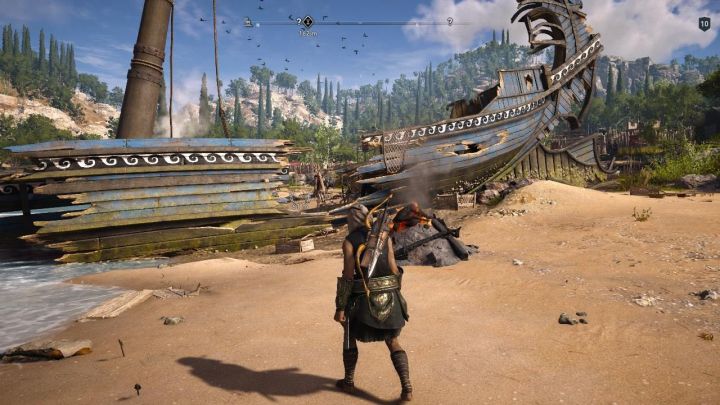 I mention this particular quest because I'm currently playing Far Cry 6, and, every now and then, I come across exactly the same pilling of idiocies, although maybe not as striking. Sure, this is Far Cry, nobody reasonably expects this game to be all that serious. You destroy outposts and spread mayhem, and suddenly, you run into three hostile patrols riding at collision course; you massacre most of them, but you die anyway, because a skunk, or some other hybrid of polecat and ferret runs out of the bush, bites your ankle, and claims more HP than a frag grenade. I mean, I really understand and even appreciate this silly convention. I think it used to work great, especially in part three. The problem is that with every subsequent installment of the series, someone tries to dress up this joyful, and, well, rather dumb destruction fest in a mantle of serious, social narratives. Ubisoft is quite open about that.

Our story is political. A story about a modern revolution must be. There are hard, relevant discussions in Far Cry 6 about the conditions that lead to the rise of fascism in a nation, the costs of imperialism, forced labor, the need for free-and-fair elections, LGBTQ+ rights, and more within the context of Yara, a fictional island in the Caribbean. – Stated Navid Khavari, the game's narrative director back in May 2021.

Reading this after playing some Far Cry 6, I frankly have a hard time believing this isn't empty marketing talk at best. It doesn't matter they turned Cuba into the fictitious island of Yara, so that – god forbid – nobody confuses totalitarianisms. I get it. And then, what's the fun in playing guerilla warfare with regular folk, if you can fight along former agents of the KGB, Mossad, CIA and whatever other secret service you can name, who can turn a plastic tray into an AA cannon.

I get it. It's the convention. However, a joke that, more or less, goes like "dude sits on a shitter and it explodes," is a poor interlude to a "hard, relevant discussions about the conditions that lead to the rise of fascism in a nation;" I've gotta say basta! You might equally try to convince me that James Bond is a fair reckoning of Britain's colonial past, or that NCIS presents a factual condition of American police. 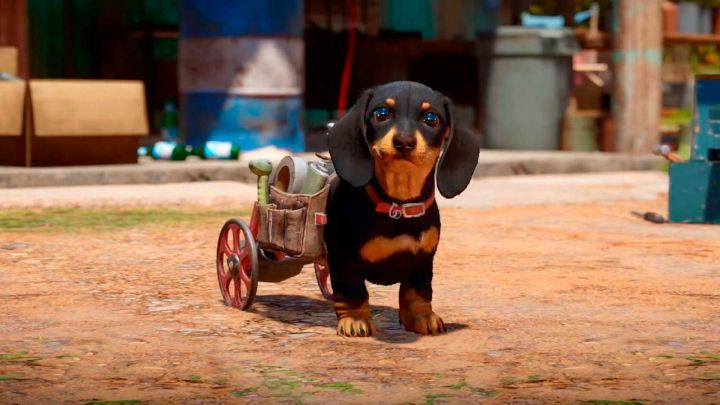 A picture without context.

Then again, Far Cry 6 is no exception. For the past few years, the release of almost every Ubisoft game has been accompanied by this marketing pitch about serious narratives, historical reconstructions, important voices in the discussion about important topics, and elevating mere entertainment with metaphysics. I know, they're not the only ones blowing those bagpipes, but the dissonance between what they're saying and what we experience seems the most pronounced in their games. Advertising in general is about lying us. However, good marketing only takes a small advantage of that.

Meanwhile, Ubisoft seems to be pushing it to extremes with a stiff upper lip. Simply put – it treats us, the audience, like fools. And there's actually some consistency here, because most of the stories, characters, and quests in these games are actually foolish.

And that goes beyond just games. I recently saw a Playing Hard documentary on the behind-the-scenes development of For Honor. 92 minutes of wailing about excelling oneself, grand ideals, and fighting the system. About 23 big words a minute. And they're all talking about it like they mean it. And, mind you, that's all in the context of an online sword fighting game with no story. Well, the only thing I've got to say is: Wake the f up Ubisoft, we've actually got a world to save.