You know how it goes. The devs think they're doing it right, even if with some hitches, and deliver the game before the release deadline. The task is especially tricky when you have to rebuild the reputation of the series after the installment that divided the fans (vide Dragon Age 2). For a moment, everything goes your way – people buy the game, it sells quite well, improves your position on the market, and then suddenly a rebellious witcher comes along and awes literally all of your audience with The Wild Hunt, probaly the best RPG of the 2010s. Dragon Age 3 did put up a fight, but it quickly lost a firm hold of the genre, and if someone didn't play around the time of the release, they probably ignored it and followed the hype train.

Sure, Dragon Age was a financial success in the end (reports said about 6 million copies – it's hard to say how many have found buyers to this day on all the sales, but according to official data, the Witcher 3 surpassed 30 million copies – you feel the difference), it did not capture the hearts and minds of the masses, as BioWare surely wished. Personally, I have myself considered it a second-rate RPG for years. I totally ignored it until recently, when I launched it out of curiosity – and you know what? I was very pleasantly surprised.

A victim of its time

Dragon Age 3 was among the last games released in 2014 and for a while it actually enjoyed quite large a publicity, despite some flaws. The biggest problem was that it was a product of a transition period; a game that didn't quite know what it was. It tried to bite off more than it could chew. On the one hand, we had strong role-play elements and a nice set of characters, on the other, the structure of the world and mechanics straight from an MMO – as well as a lot of simplifications compared to the previous installments. At the time, people played for the lack of anything better. It was just the next big production from the RPG household name. A game from the same studio that had brought us Knights of the Old Republic, Mass Effect and, above all, Baldur's Gate. But even then, people were frowning (we'll discuss the flaws of the Inquisition in a moment). 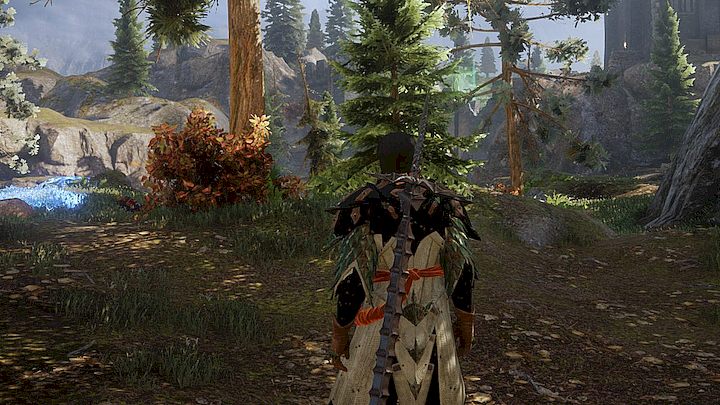 First of all, at the turn of 2014 and 2015, players wanted two, different things – confident, dynamic, action RPGs, or isometric RPGs that respected the heritage and directly referenced Baldur, Torment and Fallout. Of course, The Witcher 3 followed the former recipe. It offered a huge, open world filled to the brim with interesting quests, vistas and combat encounters. The game continued its march towards modernity, following the first of the two, distinguishable formulas, and, just like The Witcher 2, used a dynamic combat system akin to Batman: Arkham Asylum, and didn't pretend to be anything else. The series about Geralt could also boast a much more robust story than the slightly generic fantasy served by Dragon Age – as well as a charismatic, ambiguous hero we all know and love (I bet that Geralt will return in the future, maybe not immediately, but it's practically the face of CDPR).

Left alone in the isometric segment, Dragon Age was also in for another shock: the kickstarter revolution. You see, BioWare originally wanted to use DA to fill the vacuum that was left after Baldur's Gate ended, but – despite the commercial success of the series – it didn't really work out. The promise could not be fulfilled. We're talking about the moment, when some excellent games like Wasteland 2, Pillars of Eternity, Torment: Tides of Numenera, Shadowrun: Returns and, finally, Divinity: Original Sin entered the market through the back door, catching BioWare by surprise. Sure, these games were often imperfect (especially the new Torment and Wasteland), but they effectively distracted players from the series that had major ambitions. One way or another, as the interest in crowdfunding wavered with time, it also allowed studios like Larian to cut teeth and mature, resulting in its opus magnum – Divinity: Original Sin 2. Now, they're getting ready to deliver perhaps their most powerful blow with Baldur's Gate 3 – and this game, despite more advanced mechanics, also casts a gauntlet to Dragon Age, if only because of the scale and flair of the game. And the huge dose of nostalgia that comes with this brand. 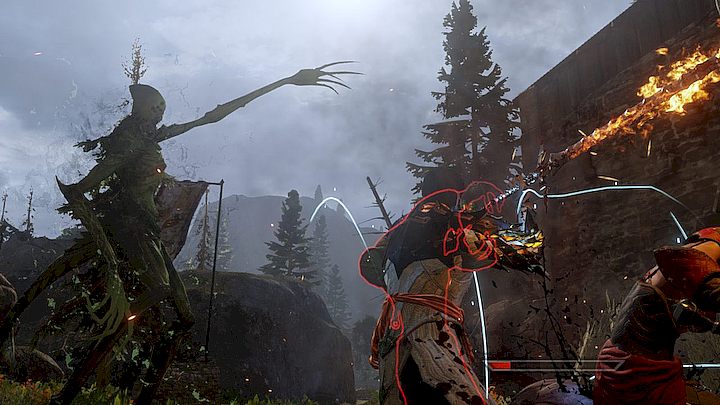 Problems of the Inquisition

I take my time with Inquisition and feel all these problems. I understand what was dragging the game down. On the one hand, we play the leader of a powerful organization, on the other hand, we have to personally fetch all the necessary stuff that will provide our people with a place to stay, weapons to fight with, and items to heal themselves. It's not like it's bad to pretend to be a caring boss ready to do everything themselves, but it still would be nice if there were people willing to take responsibility for all the mundane stuff while I'm killing all the dragons, dealing with grand politics, and flirt with anyone I meet.

Well, here's another proof that Dragon Age 3 was a product of a transition period – the players' requirements for the narrative had increased, and BioWare, hitherto excelling in writing, missed this moment for a while. In The Witcher 3, the most important thing was to find Ciri and try to protect her from the Hunt. Pillars of Eternity focused on a story of reshaping the world, while Divinity: Original Sin 2 took the theme of saving the world, and turned it upside down in a charming and witty manner. Inquisition paled in comparison to such games. Sure, the motivation to enter the fray was strong enough, but it was generally too much of a stretch. We are not gathering a team anymore, but an entire organization that makes up the army – we play a bit of politics, but in fact, we're saving the world. Again. Just like in the first game. At least this time, the villain has some semblance of personality, unlike the one we fought in Dragon Age: Origins. But it was much too little. 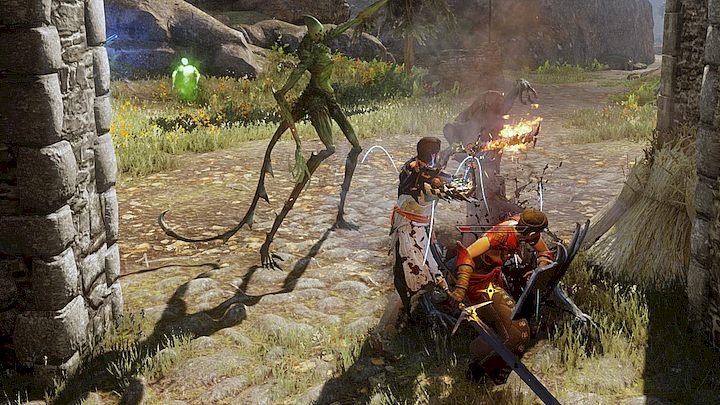 The game is also less... spectacular and cinematic than Dragon Age: Origins and even Dragon Age 2. This is probably due to the torment of creating everything on EA Games' beloved, proprietary Frostbite engine, ever so “perfectly” prepared for assembling a complex RPG.

Obsolete mechanics, genericness, identity crisis, errors – and years later, it was revealed how tiring and difficult and exhausting the production process was for BioWare. And yet, the game garnered a substantial fandom around – interestingly, mostly feminine. I still complain about the disadvantages of this game, but after a closer inspection, I can understand its enthusiasts.

The dust has settled long ago. The emotions and requirements that were relevant in 2015 are a thing of the past. I've completed The Witcher 3 in all the ways I wanted (save for Blood and Wine, but I got stuck in the middle and I sort of can't get back to it). When it comes to isometric titles like Divinity: Original Sin, I am waiting for the release of Baldur's Gate 3, because I am very aware of how much time and energy these games take, and I want to be fully prepared for the return of Minsc and Boo (yes, yes – there is a chance for that, but that's beyond the point today). Out of curiosity – and after a good soul recommended making that move – I gave Dragon Age: Inquisition another chance. And I was positively surprised.

When we no longer look at the game through the prism of the unfulfilled promise of delivering the "new Baldur" and the bar set by The Witcher 3 – it becomes a much stronger production. Indeed, I haven't had as much fun with any game in a long time. In order not to bother with precise maths, I go through everything on low difficulty; explore, obliterate mobs, enjoy the unfashionable, slightly MMO-like, but effective and responsive combat system (I use a two-handed sword, after all, this fantasy is high AF) and I get many a thrill from it. 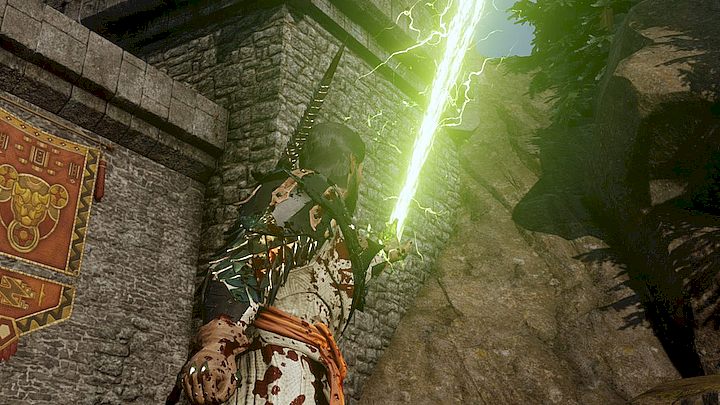 The second installment of the series was harshly criticized by many players and journalists – and again, in retrospect, quite wrongly. It was very different from Dragon Age: Origins and still had a patch of Baldur's successor", which contrasted with the console character of part two. In addition, the game suffered from abundant recycling, but if bugs were ignored, it showed teeth. It had some great writing (we care for our own good, not the whole world – perhaps about the city), vibrant characters and good dialogues, and at the same time was not afraid to experiment – if you didn't play it, I recommend checking it out.

When I'm not chasing after the story missions, even combing the bushes and beating the bad guys on the road is relaxing. As a way to forget about reality for an hour. All thanks to great location design. These microsandboxes are very inviting, there's enough enticement to search every corner for secrets, cool collectibles, or a simple but graceful hidden quest. I also have to confess that conquering the camps slightly fed my ego. Maybe I had to mature to such an exploration-based, lite grind, but I just started to like it. Probably because it's supported by a generic, but still highly interactive story with actual choices that would rather not be found in an MMO.

Anyway, the story, with all the predictability of the main threads, can surprise you with decent plot twists (according to Internet users, at least one of them has potential to break your hearts at the end) and situations conductive to real emotions. And as it is with BioWare – the supporting characters cannot complain about lack of charisma. You can really become close with them, feel their motivations and conflicts, and help them with their quests. At least I did. Sure, there are more fleshed-out NPCs in other games, but those from the Inquisition also have an irresistible charm. 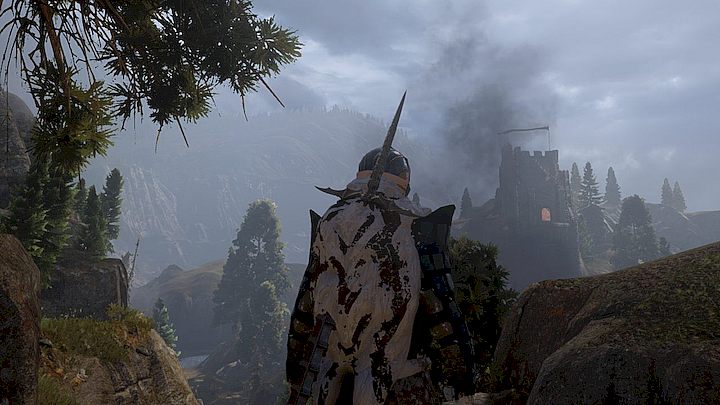 And so I play, go through new locations, solve problems of other groups under the care of the Inquisition – and I realize that this is a really decent piece of code. That it's worth giving a chance. You just have to approach it without presuppositions. Because the third Dragon Age can be relaxing, engaging, a little unnerving, maybe even heart-breaking at times, although it does have a few boring stages (still not as boring as Origins' Deep Roads...) – but that's not a huge problem. Anyway – I have no regrets. This, despite some downsides, is a better experience than I expected 7 years ago. And it's noteworthy for one more reason.

Sure, BioWare is probably preparing a few big releases – Mass Effect 5 and Dragon Age 4, but recently it has not had a good streak (Andromeda and Anthem were rather subpar), and over the years, a few key figures have left the team. Besides, Witcher 4 is coming, so history may repeat itself. I hope it won't come to this, but Inquisition might also be the last big and complete game of this venerable studio for a longer time. Not it's best work, but definitely much more robust than people generally seem to think. I wish I was wrong, but if not – Dragon Age 3 will remain one of the games that BioWare's remembered for.