Cinema, just like video games, is becoming an inclusive entertainment. At what stage of inclusivity is it currently? Depends who you ask. It is great that these changes are finally taking place, because they allow people who have been silent, or whose voice has not resonated so strongly, to speak their mind and reveal their thoughts.

However, today will talk about movies aimed for big strong boys. Thats, of course, half the truth  these movies are generally pieces of fine cinema, which anyone can enjoy. These classics, which have got old in a respectful manner  or even haven't aged at all. Those titles that have shaped the imagination of several generations of viewers. They presented a very different combinations of atmospheres  from dark, to fairy tales pretending to be reality. What unites them are the travelers and bigger-than-life heroes. Good or bad  it all depends on how you look at them.

This time, when choosing movies for the list, we took into account whether they are available on Netflix, which for many of us means that they are at your fingertips. So, if you haven't seen some of the titles below, dont even get me talking  go right away and repent your sins! Let's begin. Shall we? 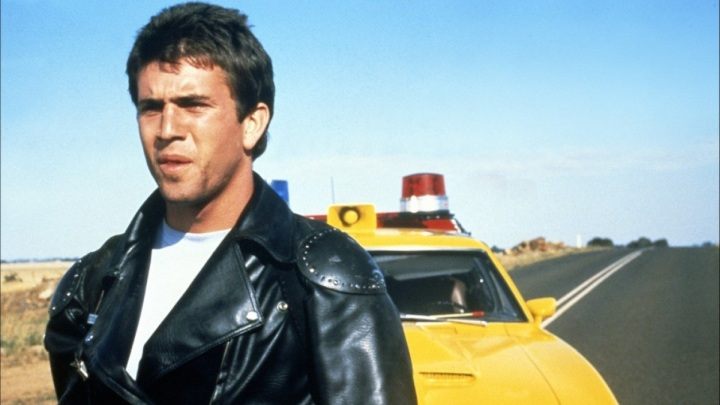 The importance of the first Mad Max cannot be overestimated. The film started a real fire, and almost the entire pop-culture owes something to this film. Fans and many people should build shrines for creators of this movie. It helped to promote a promising actor who may have lost his way in recent years, but shook the foundations of Hollywood a few times along the way. Mel Gibson starred in films that would have ended up on this list if they had been on Netflix. Lethal Weapon, Braveheart... As a director he did well too (The Passion of the Christ).

Mad Max also helped to create a fashion for one of the more catchy and captivating (or, for some, rather quirky) kinds of fiction  the postapo. The first part that romanced with this aesthetics was still quite timid, because of the budget, but it laid the foundations for a good story about a society that had already actually experienced disintegration, and we can only observe the world after the fall  along with the daredevils who are trying to put together what is left and bring order by iron hand. Just like the title hero, who starts out as one of the brutal cops and ends up as a vengeful lone warrior.

The next part of the franchise was able to spread its wings in terms of visuals thanks to a larger budget  but it was the first one, filmed on Australian roads and for a penny, that turned out a milestone of postapocalyptic visions.

Of course, the film also turned out to be a springboard for George Miller, about whom the world finally heard after a few small movies. Although the director never hurried to release any more works, he did his job for the cinema  and he does not lay down his arms. The artist's ability is proved by the fact that as a seventy-year-old "grandfather" he shot Fury Road, the sheer power of which could embarrass most of the action movies of recent years.

WHAT HAPPENED WITH MAD MAX: WASTELAND?

George Miller had been fighting with Warner Bros over money from Fury Road for a long time. The case even went to court, but apparently the hatchet was buried  there were rumors that Miller began talks with the studios. So let's not give up hope.