With GTA V still selling better than many new hits, one might be tempted to ask: "Who actually still buys it?" There are several answers. Starting with a rather marginal group, there are internet scammers. GTA Online is as popular as it is vulnerable to all kinds of hacks, which are used by people who do not wish to comply to fair play. Rockstar is able to identify and ban some of these users. Some of them can purchase multiple copies of the game throughout years just to do their thing. Freud or our own Adam Belda would probably have a lot to say about it, but since these are not the people I like to acquaint with, I'll stop here. 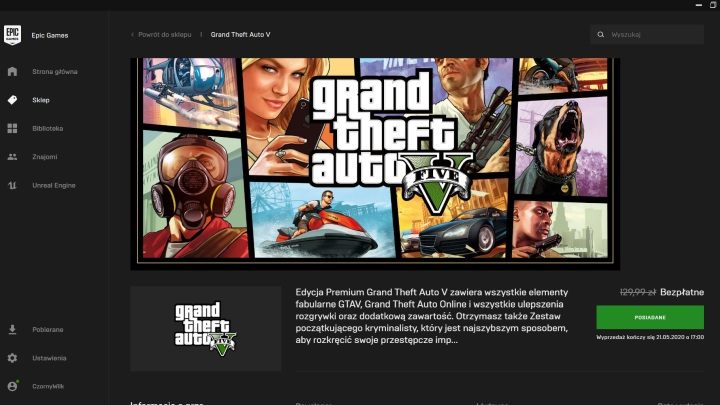 Interest in the GTAV was so great that even two days after the start of the giveaway, Epic's servers were still overloaded.

The majority of players is draw to what GTA V really is. And what it is, is a pop culture phenomenon that has solidified the Grand Theft Auto's status of a global icon of gaming. What makes this game so popular is that it's widely recognized outside the industry; it's a genuine symbol of gaming. GTA V is a title everyone have heard of. And this makes it "the default game to buy," next to FIFA or Call of Duty, to anyone who does not have an established taste in games. This game is often bought by people who may have never heard of Resident Evil 3 or Mass Effect.

What also plays a factor is that, unlike the games above, GTA V is strictly rated M for mature  and through the seven years since the release, literally millions of players reached the age threshold. People who only begin their adventure with gaming tend to reach for GTA V just as often as they do for FIFA and CoD, not to mention Minecraft and Fortnite. And this is a substantial subset of players, as exemplified by Minecraft, the only buy-to-play video game to surpass GTA V in popularity. Data from May 2020 estimates the number of owners of Minecraft at 200 million, with 126 million active players.

It is these groups  and not the hardcore players who have long since finished GTA V  that are the driving force behind the sales of the title. And Epic is fighting to show its platform to them, not to people with a strong focus on the subject, who at this stage are either already on board after the past giveaways, or have decided to stay on Steam, and there's little more that could convince them. 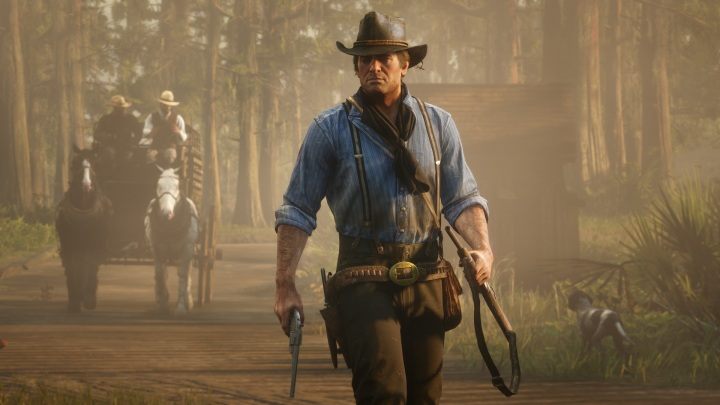 Sales of Red Dead Redemption II reached 29 million copies in February this year. Not bad, but it's less than a third of GTA V's score.

For this reason, GTA V is the most powerful game you could give for free. What could be better? Fresh hits from recent years like Resident Evil 3 and Doom Eternal? These games would certainly attract new players, it could be an impressive move to people with knowledge of the industry, but casual players probably wouldn't care. What about Red Dead Redemption II? That would definitely be a strong move, but first, Rockstar would likely not go for that, and second, that's a newer, bigger game with much higher requirements. Perhaps the "wow" effect would have been even bigger, but the group of potential recipients would certainly be smaller.

I mean, judging by numbers alone, Minecraft would reach even larger an audience, but the game seems to be focused on a more specific group of customers, utilizes a more complex and abstract gameplay formula, and is a rather divisive matter in the gaming community. In these terms, GTA V is more versatile, universal, appealing to virtually every type of player. And as such, it seems to be a stronger magnet.

Epic Games tactically synchronized the release of the free GTA V with the launch of a big sale, in which it again offers 10-dollar discounts for games which can already be bought dirt cheap. There's Control, Far Cry 5, or Metro Exodus  all at prices unheard of elsewhere on the Internet. A brilliantly simple, yet bery bold strategy. The problem is how it was executed.

Many players who snatched a free copy of GTA V haven't heard a word about any coupons and additional promotions. Even if they are aware these exist, they're more likely to just head to the store than read detailed terms & conditions, and there, they will see prices not including the discount coupons. They will only learn that Control is legible for additional discount after they add it to the cart. Which they're not that likely to do if they're not aware there's a promo. I think Epic sort of flunked it.