Recently I saw several online presentations of new games geared towards competitive gameplay in various multiplayer modes. All these games offered some superficially interesting mechanics, and the developers seemed genuinely passionate about them, none of these games seemed like something that would make me stay. And people across the web seem to agree. This doesn't of course concern the said online games, but is a problem of many games that never seemed to fare very well on the market.

In each case, you can of course go and list all the up and downsides of these games, look for different reasons for their rapidly faltering popularity, but all of them share a common quality. Something we've come to define as "generic sci-fi." They're vague and unspecific  utterly mediocre. Is it still possible, in times when new games are so plentiful and many of the old ones are free, to release SF shooters without an interesting atmosphere and a fleshed-out universe? Is it still enough to just give players some futuristic plasma guns and locations with alien-looking plants? Sure, it did a great job in Unreal Tournament, but it's been "a couple of years" since that game. 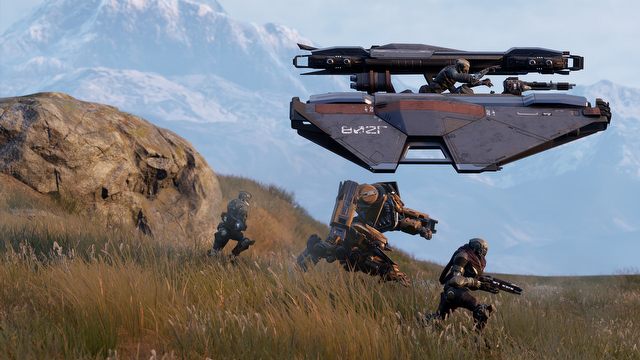 "Looks like sci-fi? Ok. Call it a day." Disintegration seems rather bland.

What spurred the creation of this piece was contact with two upcoming games: Disintegration from V1 Interactive, and Crucible from Amazon. In case of the latter, already the title seems rather generic. Side note: there's also a PvP mode in Destiny that's also called that. Crucible is a web-based free-to-play shooter in third-person perspective, designed for close teamwork. The idea for the mechanics is quite interesting  it combines elements of hero shooters, a more intimate battle royale, and MOBA. We level the character up in each game from scratch, use special abilities, fight other players, bots, and take over certain locations. The mechanics of leveling up during a single match, not unlike in League of Legends, is what can set this game apart from all the rest.

The interesting mechanics, however, are buried underneath something that resembles Paragon, a game shut down by Epic Games two years after the release, Apex: Legends, or some other cartoonish science fiction. The authors give us things to unlock, or audiologs expanding our knowledge of the universe, but it still takes long hours to really sink into the setting  it's definitely not instant. It also takes an ample team of skilled players willing to communicate, which is certainly not a given in free games. 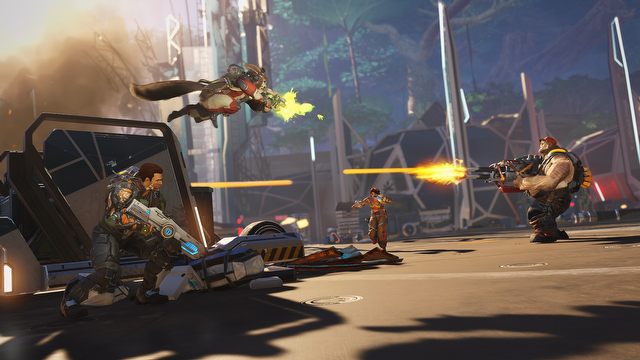 Crucible is just another hero-shooter for playing with friends.

With so many games on the market and the amount of leeway that SF seems to give, I'd rather have the opposite order  first sink in, and only then devote many hours to multiplayer. Crucible seems to have the potential to do that: the characters seem interesting and the design is solid, but with just a few cries they let out in battles, it's not very compelling. I don't feel like I've entered a new, interesting world  only that I'm playing another hero shooter with a different title.

How not to make remakes

For similar reasons, I will probably not be playing the upcoming Disintegration, which had its closed beta at the beginning of this year. It's yet another online shooter with futuristic fighters. In that game, we fly a vehicle (in first-person perspective) at the same time commanding a team of mini-superheroes like in an RTS. The idea itself is great, and perhaps if I had the chance to meet all the characters in the campaign, before entering multi, (as in Titanfall 2), I would probably have found it more compelling. But after being tossed straight into the maelstrom with shooting mechanics like I was, however, I have to agree with some of the comments and reviews that came after the beta-tests.

"It certainly looks like the most lackluster game of the last decade." 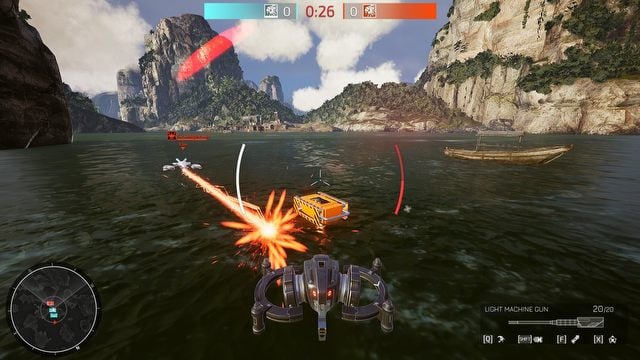 The creators of the new Comanche also had (or still do) hopes of attracting players to their network game. The arcade shooter that once fried graphics-processing units, returns as team multiplayer in a completely bland, futuristic envelope. Effect? Four players interested in playing on a weekend and 51 during peak times, according to Steamcharts (sic!). Was (or is) it possible to do something more with this classic, at a time when all sorts of remakes and remasters are so popular? For sure, but just getting the old title back doesn't do the trick. If anyone needs inspiration for reviving the classics, here's a shortlist: Doom Eternal, Resident Evil 2 and  hopefully  the upcoming remaster of Mafia.

And even such a popular franchise as Doom game obviously pursued a more clear-cut and defined identity, enriching the high-octane action with a setting, characters, mythology, and story. Many people thought it unnecessary, but the game was a real success nonetheless. Much better than Quake Champions, without offered none of these.