Development of the game Paragon have been suspended and will not be continued.

Paragon is an online MOBA action game for PC and PS4, developed by Epic Games studio, known for the series like Unreal Tournament or Gears of War.

Released for PC and PS4, Paragon combines the mechanics of classic action games with the rules of multiplayer skirmishes of the MOBA genre. Quite obviously, the game is entirely focused on multiplayer, with two teams consisting of five people facing off against each other. Players control a single character from the vast gallery of heroes with unique skills. Both teams are given a base, the opposing bases can be reached following three different paths, and their objective is to destroy the enemys command center. There are also defensive turrets on the map, attacking the enemy team, as well as allied units controlled by artificial intelligence.

The game implements MOBAs mechanics, but, unlike in the classic titles like League of Legend or Dota 2, the gameplay in Paragon is 100% arcade. This means we control our character like in a typical action game, aiming every shot and performing every dodge ourselves. This goes along with map design, as all of them are from being flat, like in typical MOBAs, allowing the players to climb terrain obstacles and attack from above.

During the game the characters will gain experience points, allowing us to improve their skills through skill trees, which are reset after the end of a match. However, the developers also provided us with permanent character development, as we will be awarded with special cards during games. Those cards affect our heroes fighting capabilities and allow us to adjust him or her to perform certain tasks. 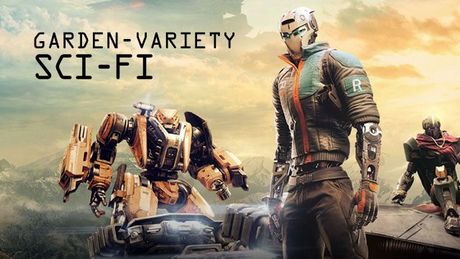 Generic Sci-fi Has to Go  Discussing the Problem of Averegness

In the old days, all you needed to become absolutely riveted to the monitor, was a few colorful locations and a crosshair in the middle. Things are more nuanced now, and many creators seem to fall in the trap of creating mediocre, lackluster, safe games.