Although the pandemic has caught developers off guard and led to massive delays of a slew of high-profile titles, even this blow hasn't changed a certain circumstance that's been here for a long time  there's so many good games out there, it's impossible to try them all. Each month brings at least a few releases of solid AAA games, dozens of above-average, mid-range productions and hundreds of gems from small indie studios. When you add to this the so-called pile of shame (jokes aside  everyone has it), a it turns out that there are enough things to discover in the world of video games to keep us busy for at least three lifetimes. 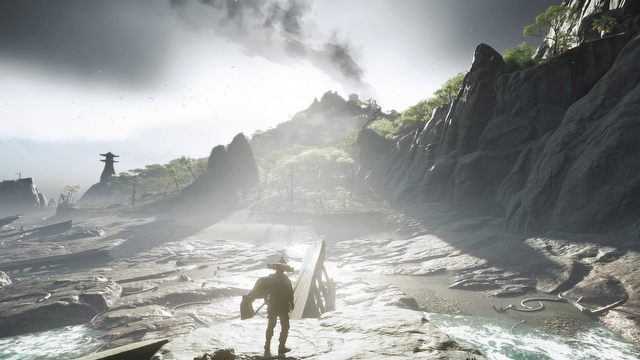 Looks like it was pre-rendered, but it's straight from the game.

I've only had one problem with this prosperity for a long time. It's hard for me to justify revisiting games when there are mountains of new stories, mechanics, and undiscovered worlds right at my fingertips. In my opinion, it's better to invest time in new experiences instead of regurgitate the same thing over and over again, even if it's for sentimental reasons.

Ghost of Tsushima: Director's Cut was mostly an excuse for me to get around this dilemma. The base version of the game released a year ago was a perfect variation on the formula known from the Assassin's Creed series, and, in my opinion, it outclassed the original. Although I was enthralled by Jin Sakai's story, I didn't return to Tsushima Island again after it ended, despite the temptation. I decided it would be a waste of time; that I could spend the time on expanding my gaming horizons. However, a completely new story (albeit based on the same gameplay) is a different pair of shies  Iki Island is an excuse to play the same thing again, pretending it's not the same thing at all. 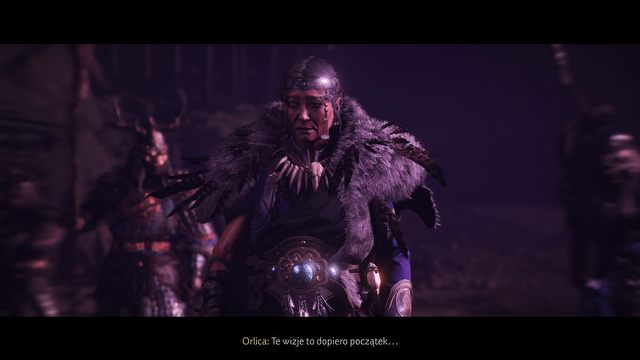 The main antagonist is quite the character. 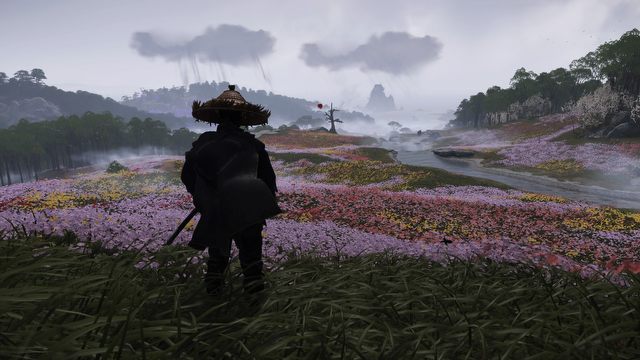 Even bad weather's beautiful in this game.

Steps on the island

The director's cut of Ghost of Tsushima mainly consists of two elements  technical improvements to the base game, harnessing the extra power offered by the PlayStation 5, and the Iki Island expansion. If you are primarily interested in the former, you can let the reissue go. The core game looked and ran so well on the regular PlayStation 4, and loaded so incredibly fast, that adding a few more visual bells and whistles, or five frames of animation more per second didn't particularly affect the experience  Tsushima it still as great a place to visit as ever, and you probably won't even notice the differences unless someone directly points them out to you in comparison videos. The star of the Director's Cut is the island of Iki.

And here, we get more of the same thing. The add-on takes us to a new region with a fresh story that's a few hours long, bringing some camps to conquer, side quests to complete, collectibles to collect, and markers hiding additional activities  which is exactly what the game offered. It seems that some of the attractions work in a new way; Jina's horse learns a completely new trick, and a new kind of enemies stand in our way  but these are very superfluous changes. The journey through Iki Island is a concise adventure that you can finish in one go, and it's strikingly similar to what we saw a year ago. 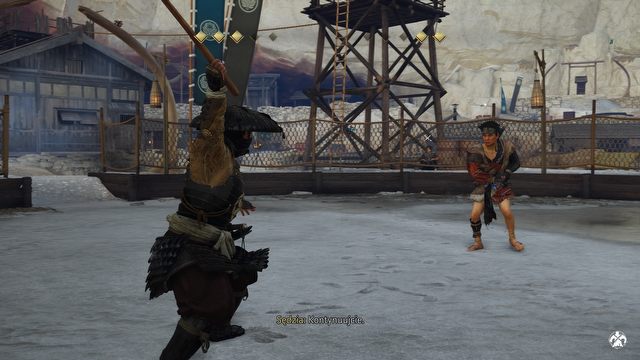 Bokken duels are one of the new side activities.

Many people will probably turn their noses up at the fact that it's not enough, but for me, such an addition, simply offering more of the same thing, turned out to be exactly what I needed. Being able to play Jin again, following the wind through picturesque meadows and forests, provoking the Mongols into satisfying duels, or eliminating them with still too trivial, albeit varied methods of silent eradication was as fun as ever, and a great opportunity to experience once again what I enjoyed so much. I also enjoyed the length, because I think wanting is better than saturation.

We can move to Iki Island from a specific point in Ghost of Tsushima's main story line (enemies will be scaled to our level  I'm not fond of this solution, but it works flawlessly). I started the game after the end of Tsushima's liberation, and in terms of scenario, it seemed like the best time to do so  I'm even surprised the developers didn't simply lock Iki Island before that point (you can start it in the menu). And so, the whole thing takes place in a new area, not affecting the situation on the main island, but often referencing to the events that took place on it. 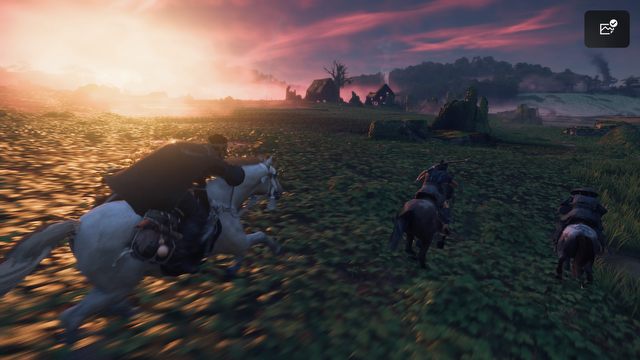 This game has some of the best skyboxes.

The main plot of the expansion allows you to get to know the main character's past better. Without going into too much detail, I'll just mention that the island was once the theater of dramatic events for Jin, which he must now accept and come to terms with, in the meantime facing more Mongol invaders. The story turns out to be just as interesting as the last time around, although due to the fact that it lasts only a few hours, it has a faster pace. The path from stranger to hero is over in a flash. The whole thing follows a predictable pattern, in the course of which we meet a few more interesting characters and fight a spectacular battle. I should also praise the antagonist, for whom the creators had a pretty good idea. However, the side quests were a disappointment, as there were not many of them and only one was at least remotely memorable. 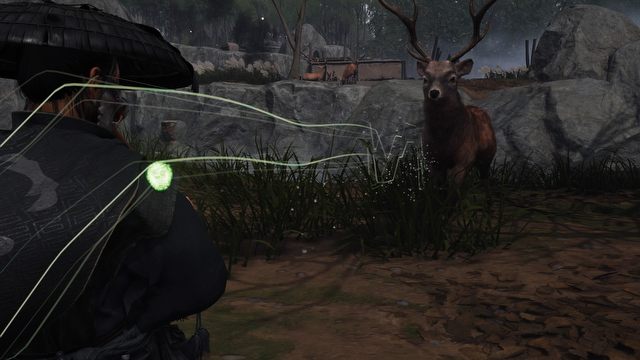 Once again, however, the show is stolen not by the story, but the location itself. Although the island of Iki, due to its modest size, does not offer the same scenic diversity as Tsushima, it does not fall short when it comes to awe-inspiring sights  beautiful meadows covered in colorful flowers, pastel-colored horizons, majestic mountains or paradise beaches, contrasting with the sight of grim shipwrecks on rugged cliffs. This piece of land makes you want to explore it, not so much to uncover more question marks, but to see all the views prepared by the artists from Sucker Punch.

And if the pretty sights alone aren't enough motivation for you to explore, there's a solid dose of new and old side activities. While playing Iki Island, we again arrange haiku, relax in hot springs or conquer enemy camps. Unfortunately, we can't pet foxes anymore, but it's not all that bad  the shrines dedicated to foxes have been replaced by new ones, in honor of other species of animals, with we also have special mini-games to play, based on the controller's motion sensors. We also fight some more technical duels with bokken and participate in archery challenges  there are enough attractions to keep you busy. As befits a modern sandbox, there were also dozens of collectibles to dig out of different spots, sometimes really strang. Maxing out everything is fun for one intense or a few slower days of playing. 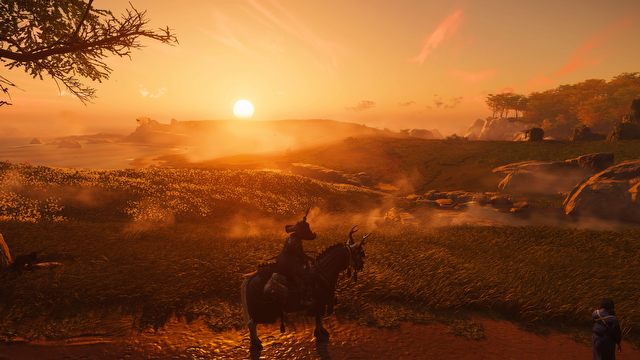 Have I already praised how beautiful the game is? I did? Well, let me make it extra clear: it's stunning to watch.

Derivativeness doesn't always have to be a bad thing. In these times of gaming prosperity, additions like Iki Island can be the perfect occasion to once again experience a well-loved adventure, without the remorse of "wasting time on something you already know." Sure, Sucker Punch could have done more  Ubisoft sometimes experiments with new mechanics in such add-ons, which  if accepted  return in a fully fledged sequel (it was in the fantastic Bad Blood, DLC for the first Watch Dogs installment, that remote-controlled drones and vehicles debuted, which over time became the mainstay of the series). Sometimes such revolutions work out well, sometimes worse, but they can introduce some freshness. More of the same thing, however, also works when it comes to solid foundations  and that is still unrivaled in many ways in Ghost of Tsushima, even after a year. 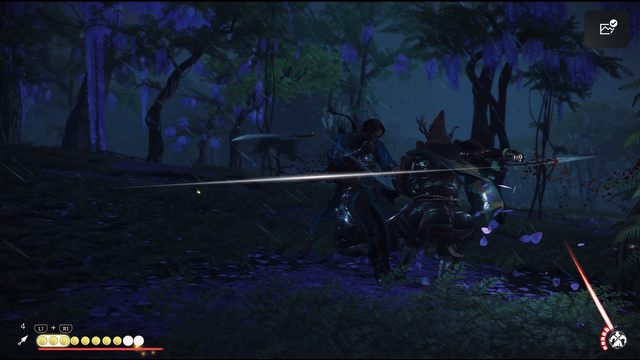 The combat system tops it off  it was awesome and still is.

For me, that was enough to make for an enjoyable weekend with the Director's Cut. This is a great opportunity for everyone who was enchanted by the first meeting with Jin and Sucker Punch's interpretation of feudal Japan to enter this world once again. If the core version of the game didn't convince you, you won't find anything groundbreaking here  this is still simply Assassin's Creed in Japan  and very well done; you simply have to like this formula. And if you haven't had the chance to become the Ghost of Cushima yet, well... to be honest, you might as well just play the core version of the game, which still rules even without Iki Island and some graphical improvements. I, for one, am glad I've got an excuse to come back.

I like "ubisoft sandboxes," but in healthy amounts only. Subsequent installments of Assassin's Creed finally exhausted me and I've been separated from this series for a long time. The base version of Ghost of Tsushima delighted me, though  not only with great execution, but also with the fact that it wasn't inflated with empty content. The Iki Island offered by Director's Cut also proves to be the right size  neither too long nor too short.