When Andrzej Sapkowski wrote the first story about Geralt of Rivia, nobody, the author included, expected it to become anything more than an interesting column in a fantasy periodical. Long before CD Projekt, and later Netflix, picked the franchise up, the Polish television created a movie, and a one-season TV series adaptations of the first books of the saga. Some people defend the quality of these productions, but it's an ungrateful job... In other words, the Netflix adaptation of The Witcher  fingers crossed  will be a redemptive experience for many fans of the series from Poland, showing what you can do with such source material if you've got the budget, and the Superman on board. But do you really need that?

Before we go to Blaviken to learn how Geralt earned his moniker, well get a completely new and independent project that should be a treat for any fan of the universe created by Sapkowski. On November 30, Alzur's Legacy will be released on the web. The movie, running nearly 90 minutes, will depict the story of Lambert after the ending of the books. We might just learn what the youngest witcher of the Wolf school thinks about the famous limerick. 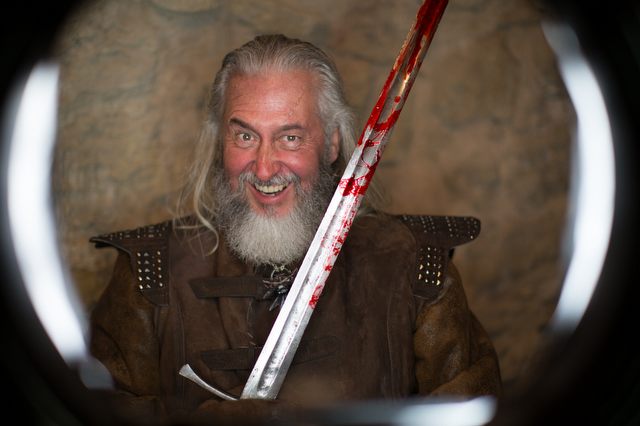 Vesemir got a good price for the drowner. (photo credit: Cezary Pomykalo)

We've recently met with a few key members of the team working on Alzur's Legacy  Jakub Nurzynski (the director), Szymon Raczkiewicz (responsible for editing), Piotr Stachurski (scenographer) and Brunon Hawryluk (who wrote the screenplay), and talked with them about making a Witcher movie on a budet.

It was supposed to be a few minutes long

This project, which is today advertised as feature-length independent movie, had more humble beginnings. According to Jakub, the director, the whole endeavor was originally supposed to be a few-minutes-long clip created in cooperation with cosplayers and some friends. The script was to be limited to depicting a single Witcher's contract. But as soon as they set about doing it, ideas started flooding in  the short clip grew to 30 minutes, then 40; the entire concept was expanded, they came up with a villain, and ended up really unleashing their ideas. And here we are, expecting the premiere of a feature-length production in two months, that's currently almost an hour-and-a-half long. Quite a fan project.

It never made much sense to me that there was no film about the Witcher that would do it justice. Back then (in 2015  ed. note) I hadn't heard about Tomek Baginski's production. There was no word about the Netflix' adaptation, nothing about a TV series. So, since I really wanted to watch a movie about the Witcher, I just decided to do it myself.

Alzur's Legacy, however, remains an independent production, so everyone participating are only working during their free time. Every person involved, both actors and technicians, have their own jobs and responsibilities, and the only reason they decided to put so much heart into the production, was their passion towards the world of the Witcher. And this includes Zbigniew Zamachowski, a professional actor starring as Dandelion, who wasn't paid a dime for his role (and who also played the poet in the original TV series back in 2002). But well talk about Jaskier later.

Budget constraints not only mean no paycheck, but also more work. The film's editor recalls that if the actors weren't around when he needed to re-shoot a scene, he would just double himself for them. Brunon Hawryluk, who ended up as the screenwriter, was originally the production manager. Everyone gave it all they could to bring the production to a successful conclusion.

And since the proportions of it grew well beyond your regular fan movie, it was necessary to give more thought to the elements that could otherwise have been neglected. One of these is the soundtrack, composed by Liz Katrin and Martin Cyronek. One could, of course, feel tempted to use ready-made compositions from the games, for example, but no one wanted to cut corners. The music naturally will be inspired by CD Projekt's The Witcher series, but also by The Lord of the Rings, or HBO's Game of Thrones, which are both prime examples of fantasy soundtracks. 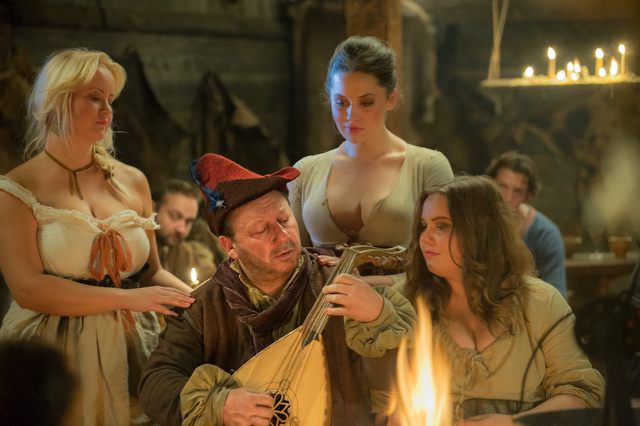 But it's time for the ultimate question: what exactly is Alzur's Legacy? Let's hear the creators themselves:

Alzur's Legacy tells the story of the witcher Lambert. It tells of a sort of professional crisis he's having, of certain dilemmas that boil down to one question: is it even worth it? It also tells of a complicated friendship. As well as passing the baton to the new generation. 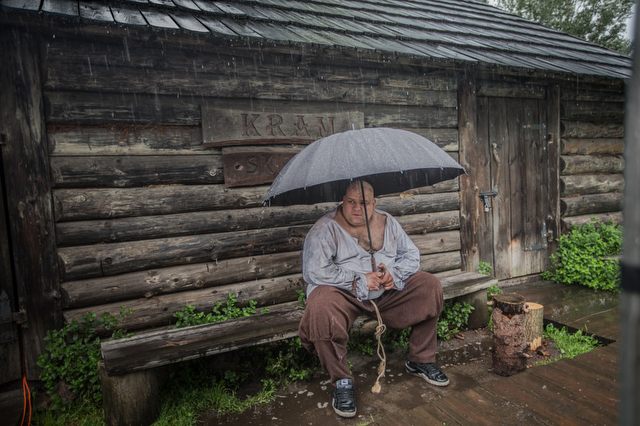 When does the inn open? (photo credit: Cezary Pomykalo)

The main premise of our film is depicting the difficulties of being a witcher, trying to explain what it's like, and whether the witchers are even necessary. There's also the huge issue of reestablishing the school of the Wolf after Kaer Morhen fell to neglect.