More than two years have passed since the launch of GeForce 2k Series graphics cards. Throughout this time, several games with support for real-time ray tracking  a technology championed by Nvidia  have appeared on the market. Although the production list is still short, some games deserve special attention and today, we will look at five of them. 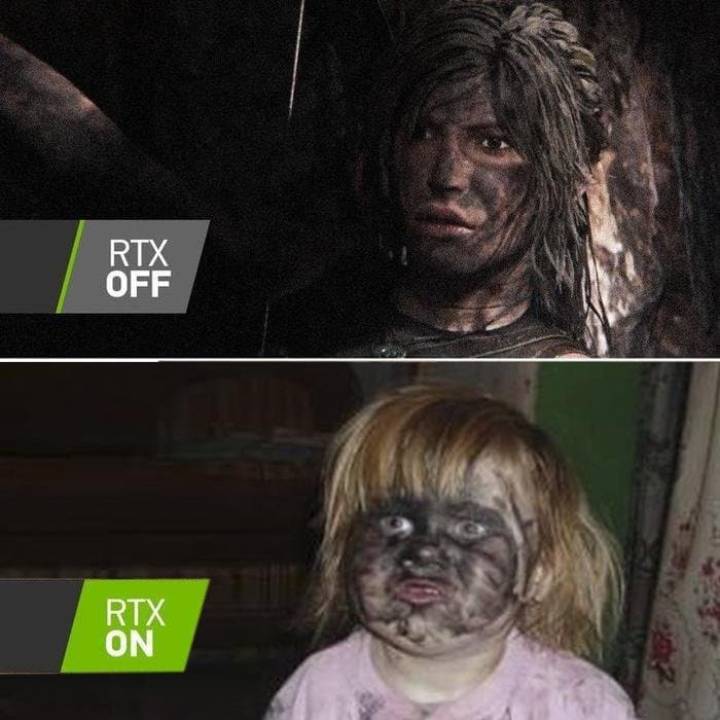 Nowadays, making the first step in developing new technologies is very risky. Research and development often consume a huge amount of resources, and are usually based on theoretical assumptions alone. A great example of this is everything we associate with the the famous ray tracking, a set of technologies implemented by Nvidia in GeForce RTX 2000 graphics cards. Wit the launch of these GPUs, tracking of rays became possible in consumer graphic cards, and a rather shy introduction of this technology to computer games.

This isn't a new technology, as it has been used in professional applications for many years. High-budget animated films, cut-scenes in computer games, or CGI in general have been taking advantage of tracing for a while, with the earliest renditions going back as far as 1978, when The Compleat Angler clip was released, presenting a ray-tracked ball revolving around a piece of glass. The obvious problem is performance, because in computer games, it is not enough to do it in real time. When rendering a scene, you also need to keep the framerate high enough. That's why ray tracing must be done in a very small timeframe when rendering a frame  usually a few milliseconds. For comparison, creating an image with much more detail and tracking the rays can take up to several dozen minutes, depending on the hardware.

It will take years before games attain the level of visual fidelity we associate with something like Blizzard's pre-rendered cut-scenes, but given what cut-scenes looked like a decade ago, we can be quite hopeful. 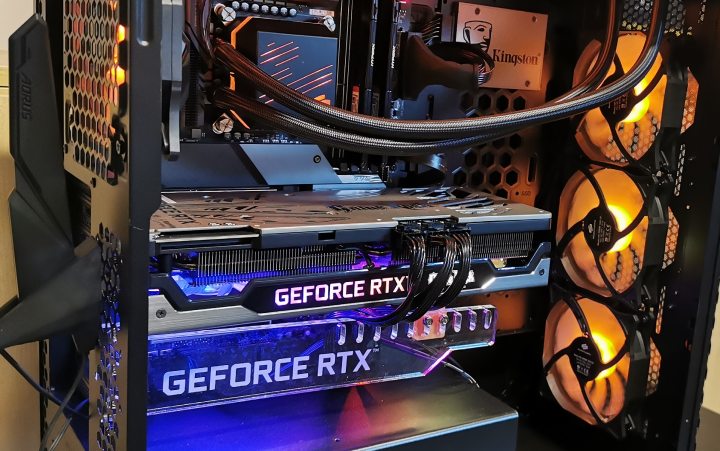 To watch ray tracing effects in their full glory, you need some really powerful hardware  we tested the feature on a PC with Palit's GeForce RTX 3080 GameRock and Intel Core i9 10850K, which is quite a monster.

When GeForce RTX 2000 series were launched, everyone was going about ray tracing and ray tracing only. Now that the dust has settled, more and more people seem to appreciate a different tech from Nvidia  the DLSS 2.0.

Nvidia's DLSS works wonders for RT, but the greatest thing about it is that it's nowhere near as demanding in terms of computing power. DLSS is primarily a way to display the image in better quality without any additional hardware load. Filling the screen with cloned pixels allows generating a twin image similar to the one in higher resolution, without sacrificing framerate as is the case when switching from 1080p to Ultra HD.

The feats of this tech are admirable, but if Nvidia continues to develop it, DLSS may turn out a real revolution. Not a fake, inflated one, which is terribly expensive and requires looking at individual pixels, but one that will improve the experience of every player owning a modern GPU in a meaningful way. We should all keep our fingers crossed.

Tracing, together with filtering, is used in games in combination with the familiar rasterization. A complete change of rendering method is too demanding today and this is exemplified, for example, by the redone Quake 2 RTX. This is not important enough, because the biggest change in ray tracking lies in lighting, shading and reflections on surfaces prepared especially for this technology (PBM). This difference is apparent, for example, in Minecraft in RTX, Control, Metro: Exodus and Call of Duty: Black Ops  Cold War. 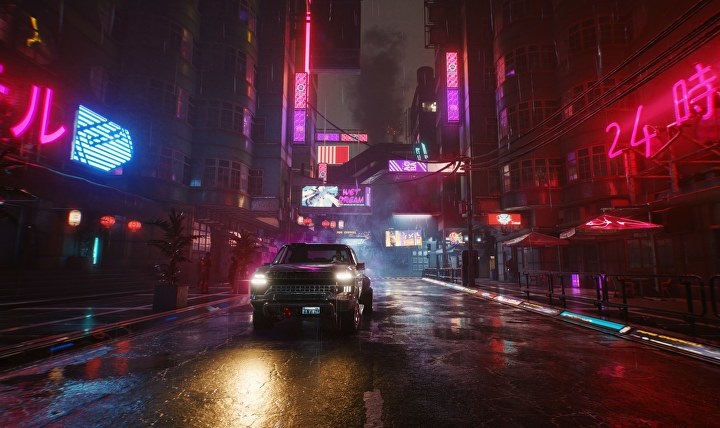 Cyberpunk 2077 was literally released yesterday, and so we're not going to focus a lot on the game. We promise to produce another article, or update this one in time. Of course, you can expect an article on optimization and performance of better and weaker PCs in Cyberpunk 2077 as well. CDPR has overhauled the Red Engine, increasing the engine's technological capabilities, including global lighting (and of course ray tracing).

So far, ray tracing has been just a curiosity for me, bringing little tangible effects to games. I have not seen too many RT applications that would actually enhance the experience. And here, the use of it in some locations also doesn't change a lot. However, there are places where Cyberpunk shows just what can be done with this technology. The main advantage of ray tracing is adding another layer of detail, simulating, for example, reflections on surfaces or realistic light scattering. This, of course, comes at a price  enabling ray tracing exerts an astonishing pressure on the system, though the DLSS, which can work wonders with the right settings, offers some respite. Ultimately, however, this technology is so fresh that you have to test different combinations of DLSS and RT settings to achieve the optimal performance on your particular hardware config. For example, if you decide on DLSS focused mainly on high performance, some textures may start to look ugly, especially when travelling fast by car. The correct graphic settings on PC are still a trial-and-error method, though I admit noticing a significant improvement in game stability since we received the appropriate patch and dedicated drivers from Nvidia during pre-release testing. 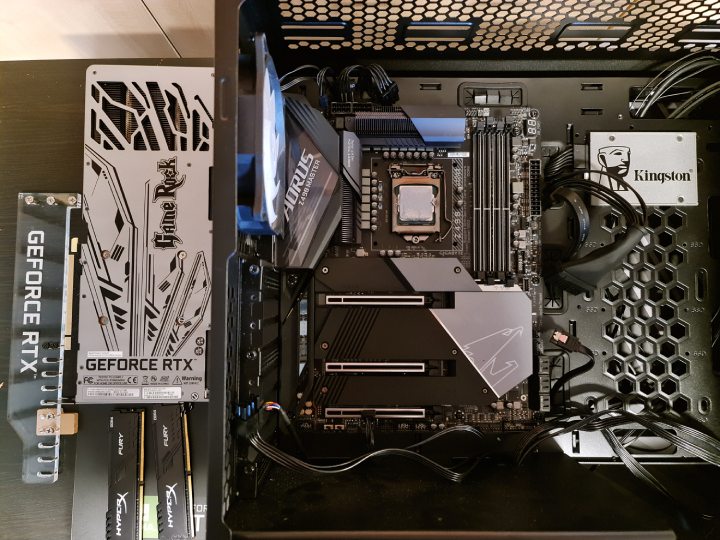 Cyberpunk 2077 on max detail and with ray tracing on starter pack.

The previous CoD, Modern Warfare (2019), already introduced the idea of shading objects illuminated by artificial light. By "artificial," we mean any light source that doesn't belong to global illumination  for example lamps and flashlights. This is one of the best ways of tracking rays because, as with reflections, it reveals the limitations of standard shading with regular maps. 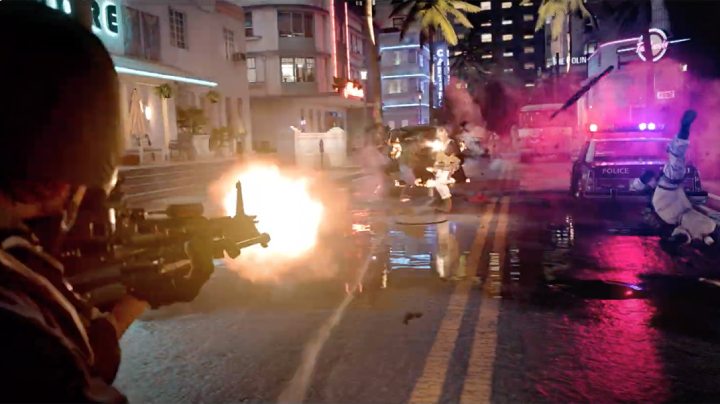 Until now, small objects in the game, i.e. those that take a small number of pixels on the screen, have been shaded by the developers together as one bigger thing. This meant that the shadows of these objects were merely an approximation of how they really look. Think about games, where shadows of grass looked like one dark spot without distinguishing between individual leaves. Although ambient occlusion, especially HBAO+ from Nvidia, helped to maintain the so-called realism and the image became easier on the eye, it also has absolutely nothing on proper ray tracing.

RTX in the new CoD shows us that any geometric models in the game can be shaded, and the resulting image will be perfect regardless of the distance and resolution. This means that even a frayed stone the size of a small toe can cast a shadow, and we will be able to see every detail of its surface. This also causes problems. If you make a mistake during geometric modeling of a given object, this mistake will also appear as a shadow in a game using RTX. 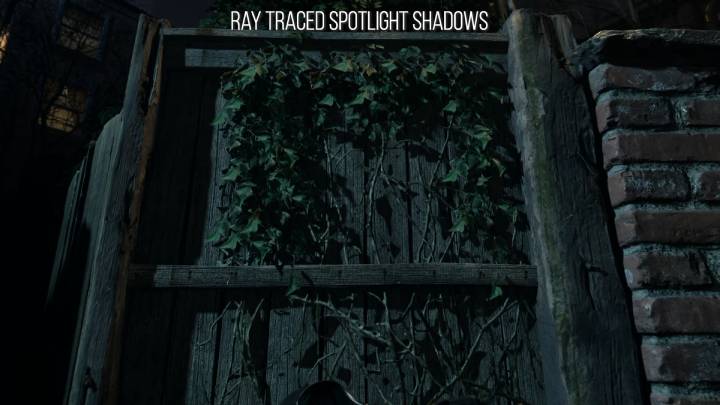 Any geometrically modelled object can cast an exact shadow in Modern Warfare and Black Ops  Cold War thanks to RTX. Source: Digital Foundry

Just like in Modern Warfare, this time, we can also enjoy the lauded ray tracing. In Black Ops, it looks noticeably better than in its predecessor. In Cold War's feature campaign, we visit dark streets and murky places where additional reflections constantly do a great job. Although the multiplayer looks worse in terms of visuals, a map such as neon-lit Miami, the effects of RT are clear and impressive in many places. The zombie mode has probably made the most of ray tracing  in its later stages, Morasko is filled with fluorescent "mushrooms" which, thanks to RTX, give the whole thing a crazy visual spin.

However, I personally believe that fast and dynamic FPS games do not gain much from this technology. It all looks nice, but Call of Duty rarely gives players time to admire the views. High framerate is much more important, at the same time allowing us to experience other feats prepared by Nvidia, in particular the DLSS. My colleague praised the technology in an article some time ago, and I can now confirm his enthusiasm wasn't premature. We reached even 250 fps on Intel Core i9 10850K and GeForce RTX 3080. With RT on, we went down to 150 with DLSS set to "Performance," without any visible graphics loss. I wish it didn't sound like an advertisement, but I don't know how else to describe it  DLSS literally gives us extra frames per second, noticeably improving the framerate of the game. And if it doesn't matter in such a competition-oriented multiplayer title, I don't know what does.

And since we're already shooting other players  the creators of the new Call of Duty decided to give the possibility of using one more trick on PC. We mean Nvidia Reflex, which is generally designed to reduce the time between mouse or keyboard input and reaction on the screen. Trying to reduce input lag is a commendable thing, but very difficult to measure, so I cannot say in good conscience that I clearly felt the effects of Nvidia Reflex. An analysis of many online articles and YouTube interviews suggest that the delay is actually reduced by this technology, which should translate into better performance of players in games like Call of Duty, where fractions of a second often mean the difference between kill and death.

Buying a strong GPU is essential to enjoy the full potential of ray tracing.
12
Next
Most Read Articles
Editors' Choice