As you might have heard, 11-bit Studio’s 2014-indie game This War of Mine has recently been included by the Polish ministry of education in the curriculum for high school classes in history, ethics and philosophy. This spurred a reflection on the education system, literature, and conscious consumption of art.

I realized very early on in my life that I like reading and writing. Mandatory reading in school was never a problem for me – to the contrary: analyzing literature was one of my favorite classroom activities. I was reading way more books than the curriculum assumed, and I felt that the reading list in school is... well, it could be a lot better. It's not that these books are bad. Macbeth or The Great Gatsby are incredible books, absolute must-reads. But I think most of those fail at what, I think, is the main purpose of a literature class.

You might disagree, but my opinion is that a book is but a thought, and the history of literature is the history of human thinking. Books are vessels for our reflections and feelings, and when discussing a given novel or interpreting a poem, we learn to think. The ideal class in literature lets you search for sense, along the way enabling you to form your own opinions, and showing you the perspectives of others. 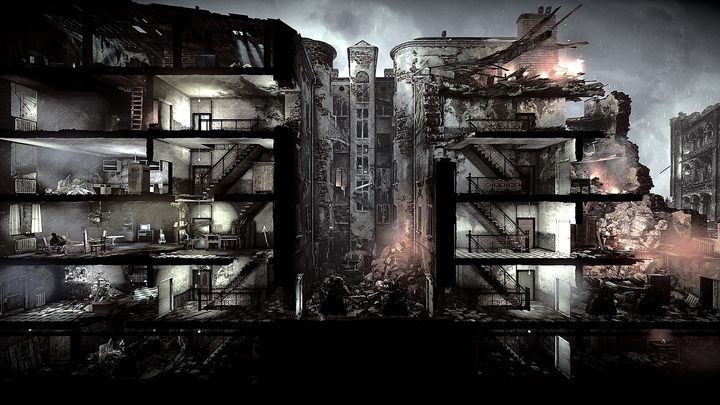 This War of Mine doesn't depict any specific, historical events, but simply tells about people, their differences and moral attitudes.

Literature in this way is a kind of reservoir of fuel for discussion and food for thought. The problem is that when a high school student in 2005 (I was in high school at the time, and since then, the world has moved on a little) reads, say, Hamlet, they encounter certain constraints in interpreting it. Shakespeare describes a world long gone. It may be difficult to relate to the opinions and feelings the book is based on, even if it, as a whole, carries a universal message. I found the books that are ages-old to be somewhat irrelevant; they didn't spur much reflection because I could neither agree nor disagree with what I read. "To be, or not to be?" I know just what you mean, dude.

Today, as a more mature person, I can better understand it, I get the experience, I understand the elaborate forms. I could discuss these books today, probably for hours on end, but I'm not really interested in that most of the time. Furthermore, I think I was one of the few people who exhibited any interest in literature back in the day.

I'm not saying the curriculum shouldn't include texts older than 200 years. Absolutely not. The books of the ancient masters are incredibly important, and forgetting them would be a calamity worthy of primitive apes. But I think the curriculum could use way more emphasis on the artifacts of contemporary culture. It's important they carried ideas and thoughts relevant today; that concern young people personally, that deeply resonate with them. This should allow them to understand why it's possible to be passionate about art in the first place. To discuss it, find meaning in it, and then take it to your own place.

WHAT DID THE DEVELOPER MEAN?

Here's another debatable opinion of mine: the author's intent doesn't matter. I think meaning is created during reception, in the mind of the receiver of art. What do you think? Feel free to discuss in the comments below. 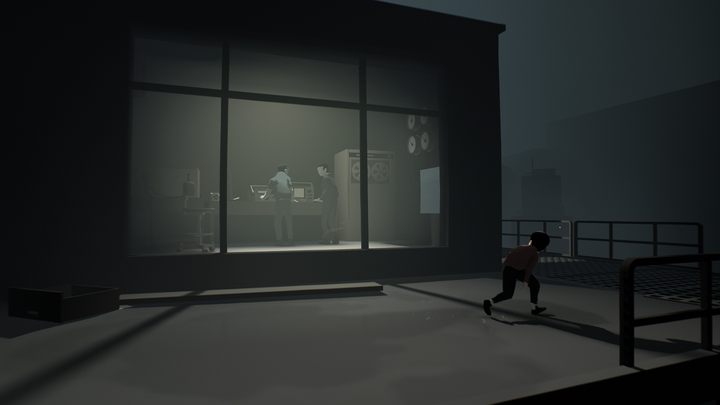 Homework: complete Inside, write an essay, discuss what you think the meaning of the game is. I think it would be a great, inspiring class.

Should games be part of curriculum?

Most mainstream games, like most mainstream movies, probably shouldn't. But what about games like Gone Home, Rime, Oxenfree, The Wolf Among Us, Inside? These games discuss exclusion, loss, redemption, global hazards created by our civilization. There are many examples of that.

Video games also have another advantage, namely the fact that even though they may carry the same, universal message as the ancient, or romantic literature, they do that in a modern, much more accessible way. The subject matter may be identical, but chances are that a video game will reach contemporary teenagers in a much more direct way, making a much greater impression.

I love video games, and I'm glad they're slowly making it into the curriculum. Indeed, I'm happy to see all attempts at modernizing the schooling system. I'd much rather meet people, who don't know who Homer was, but who are passionate towards the art of narration in all forms. It'd be much easier to strike a valuable conversation with them.