There's but one thing I don't like about Forza Horizon 5. No, it's not that there aren't enough changes compared to Forza Horizon 4. I mean  if it ain't broken (which it isn't) then don't fix it, right? Sure, some changes will become necessary, but for now, the gameplay in FH 5 is nothing but sweetness. I think no other game offers such a sleek balance of arcade and realism, no matter what sort of assistances you decide to enable. Needless to say, the amount of cars and content is amazing. Forza simply rules. Unfortunately, there's a price to pay for it. The way I see it, it's a brilliant game that's, in a way, bland.

Forza Horizon 5 has some delighting landscapes. I love these deserts, the wilderness, and the sun-drenched valleys. I also love the fact that in addition to a great driving model, the creators also ensured the human factor is there. There's no story, but the world that we drive in feels alive, not in small part because the adventures of the Horizon festival are accompanied by a radio host, very reminiscent of the DJ from Vanishing Point. Except it's all... very safe, and very generic. Almost painfully correct. Forza Horizon 5, with all its coolness, simply doesn't show teeth. 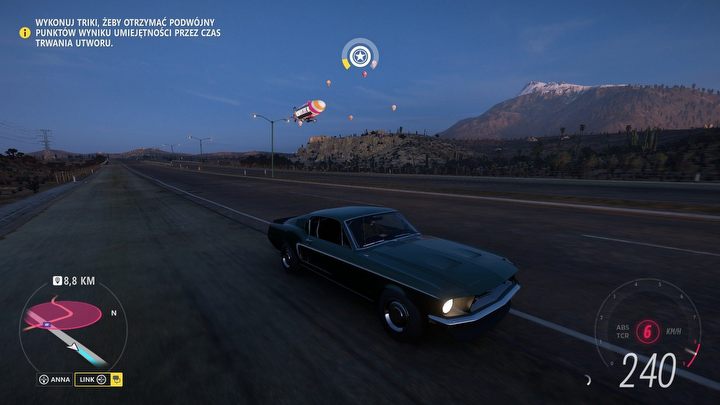 I know, racing is not an art and nobody expects a great story to com with it, but some form of panache would certainly be welcome. This flair of sorts is lacking in Forza, it was completely diluted. I know that it's mostly about a relaxed, sandbox, holiday kind of vibe, just like in previous parts, but even that seems somewhat indeterminate. Everything is safe, smooth, nice and laid back. Forza Horizon has become the king of car games, so with each edition, it increasingly has to appeal to the largest audience possible. This, in turn, means that the developers opted for the most translucent style possible. In order not to alienate anyone  and I'm completely in favor of that. My issue lies elsewhere.

It's about the details; the topping. The sounds, the generic soundtrack (we can go crazy with painting the car, but within some limits). You might have missed a certain detail, because people don't usually pay attention to things like that. When the opening credits come in after launching the game, we can hear a sound rising in a crescendo. As if someone were telling us: "Here it comes!" It builds up, and when we get to the title screen... We're greeted by a very gentle, summery, Latin music (which is a great piece in and of itself). It's cool, but all the tension immediately dies off. And it's similar throughout the game. 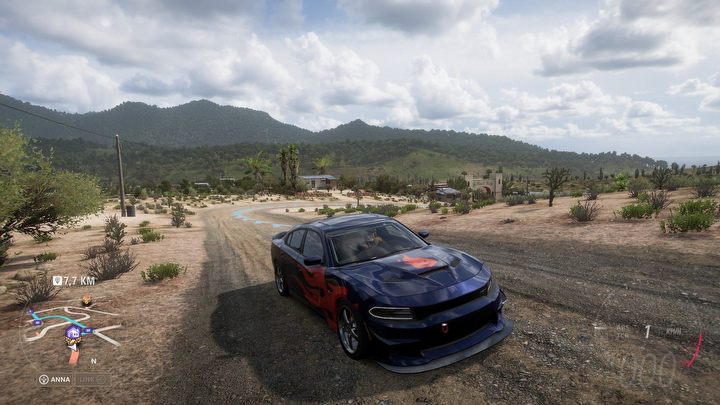 My idea here can be illustrated by one of my beloved racing games, Need for Speed: Hot Pursuit 2010  a very minimalist game, in which you choose whether you're a cop or an illegal racer, then pick a route and car, and then simply drive. And yet, it was a game with it's own identity, a specific atmosphere, clearly tangible both while driving and in the menus. It was also simple and very aesthetic. But it seems the developers had more fun with the sound, for example  it was way more aggressive. Just like the whole game. And if we bring up the opening credits of Hot Pursuit, then you might remember that when the title screen appears, Edge of the Earth by Thirty Seconds to Mars starts blasting from the speakers  you may like the song or not, but it's about the way it was perfectly used to create a certain mood. After such an introduction, you knew you were in for a wild ride.

And a wild ride it was. The game wasted no opportunities to present the player with spectacular set-pieces (oh, those crashes!), and sounds. Collisions and revving cars sound and look more powerful and raw, even though there's a dose of minimalism to it all. There's something at the heart of the game, something very suggestive that seems to shout: "These cars are demons!"

Forza simply doesn't have that. Forza prides itself in it's complete level of polish, and a friendly atmosphere, but this game doesn't take any risks in stylistic terms  at one time, one of our virtual friends in the game pokes fun at the notion of illegal races like those featured in NfS. Everything is sanded out here, and at times, even the love for cars seems artificial, as if it was forced rather than implied by passion. 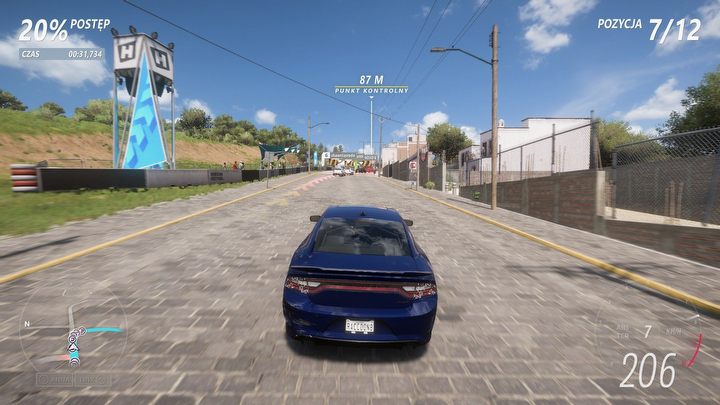 Honestly? I can't decide whether I prefer games that try hard to be edgy and cool, oftentimes failing, but at least trying to evoke a certain kind of atmosphere and vibe. I really liked Need for Speed: Heat in this respect  it's not nearly as powerful a racer and it's not nearly as engaging, as the driving model is substantially inferior, but at least it had a very defined idea about itself. If only the music was more diverse, the driving model was more thrilling and the police chases were balanced more carefully, the game might have done better in commercial terms, likely resulting in a more refined Heat 2  I found the game's neon-lit identity appealing, only the execution was as good as it could be.

And look  the idea of utilizing the proven, rebellious vibe of the early 2000s, tweaked a little to fit more comfortably in the modern context, was actually very simple. There's nothing groundbreaking about it: just an attempt to appeal to the nostalgia of NFS Underground. Some players, especially fans of the old Need for Speed, honestly appreciated it. I also tend to appreciate the racing games that go in a more defined direction. Maybe a setting like Tokyo would work well  going back to the roots and fully unleashing the neon craze? Or an American setting again, like in Hot Pursuit , just with a hard-rock, 70s' spin. However, I'm most excited about the future: to upcoming motorsports fads that may be just around the corner, waiting to be discovered and popularized.

Maybe car games just need to find an over-the-top, electrifying vibe again. The risk of cringe is always there, of course, but that's the price of trying. Anyway, what other racing games, apart from Forza, have caused any stir lately? The times of Underground and Most Wanted, inspired by the Fast and the Furious, are unlikely to ever return. Heat tried.

There's got to be something out there that's more thrilling than a beautiful, albeit generic ride through Mexico. And when it hits, we won't even know where it came from. For now, I just need the game I'm currently playing to put its fancy pants on. Rob Zombie roaring from the car's audio in Two Lane Blacktop (from the first Underground) during a midnight race in Mexican outback would be an experience to behold.

I know I'm whining a little here, and you can be sure that the first thing I'll do having finished writing this will be launching another race. And then one more. I just have the feeling that Forza can still achieve much more if it makes better use of all the things that are going well for it. Also, and perhaps mostly, in terms of style.