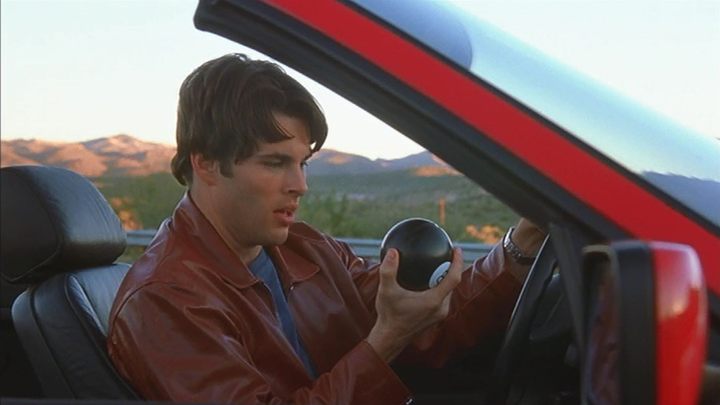 Interstate 60 is a naive, candy-colored film essentialy comprised of different cliches. But among cinematic fairy tales, it is an absolute classic. Especially when one first saw it when, alongside their interest in "grown-up" stuff, there was still longing for the inexplicable and mysterious. And for a great adventure.

In fact, it's a kind of a cinematic version of The Little Prince from the turn of the century. On the one hand, more literal, on the other, less melancholic. Most of all, however, like Saint-Exupery's novel, it is a scrap of different stories with a clearly marked beginning, ending and moral.

One of the biggest strengths of the film is the cast. James Marsden does a great job as the main character - he doesn't show the full range of dramatic emotion, true, but that wasn't his job either. One can look at him as an RPG protagonist. A protagonist distinctive enough so that he does not become dull, and at the same time not too unique, for everyone to be able to relate. Also supporting characters can't be denied their expressiveness Gary Oldman as a mysterious stranger steals every scene in which he appears. And Chris Cooper is right there behind him. Amy Smart, Kurt Russell, Christopher Lloyd, and Michael J. Fox may have been given roles too small to shine, but their performances are still a plus.

Interstate 60 is not an ambitious movie. While fans still find hidden meanings and darker subtext in it, personally I wouldn't think of it as anything more than a youth fairy tale. At times a little numb but despite all its flaws, it's still simply charming