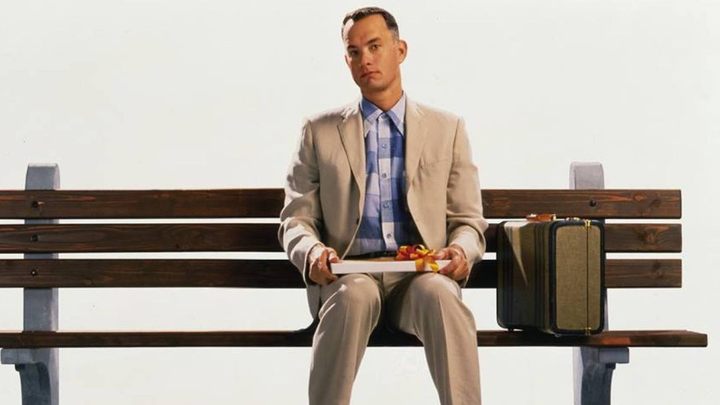 I confess without beating  I never liked Forrest Gump. He always seemed to me to be too clunky, very naive and not very engaging. Years after watching it for the first time, I still stand by most of my arguments. But it's hard for me to underestimate the plethora of pop culture references, great technical execution, and the charm of a refreshing story about a not-so-intelligent boy who does what we all want - pursues his dreams.

Forrest Gump really achieves everything  he's a football star, a war hero, and eventually wins the love of the most important woman in his life. At the same time, he remains a simple boy who believes in his ideals. I think that's what makes this film so appealing to audiences around the world  Forrest, despite his successes, remains true to himself. It may not be realistic, but it's certainly refreshing.

Tom Hanks, who plays Gump, is one of the icons of American cinema. In 1994, he won an Oscar for his role as Andrew Beckett in Philadelphia. He is one of the few actors to have won the Oscar twice in a row  he was honored again a year later for his portrayal of Forrest Gump. In my opinion, it was well deserved; you can pick on the clichés pervasive in film, but Tom Hanks squeezed everything he could out of this character... And a little more. Robin Wright is also here, long before she became Claire Underwood.

Forrest Gump is sometimes called the most American of American films. It's hard to disagree. After all, it's not just a story of a man of success, it's about an entire society. Gump meets, among others, Elvis Presley, several successive U.S. presidents, and takes part in the Vietnam War. It also touches upon major global events, but it is hard to deny that this is an American story. Perhaps that's why Forrest Gump won six Oscars in 1995, in the most important category, beating out the otherwise brilliant Shawshank Redemption.