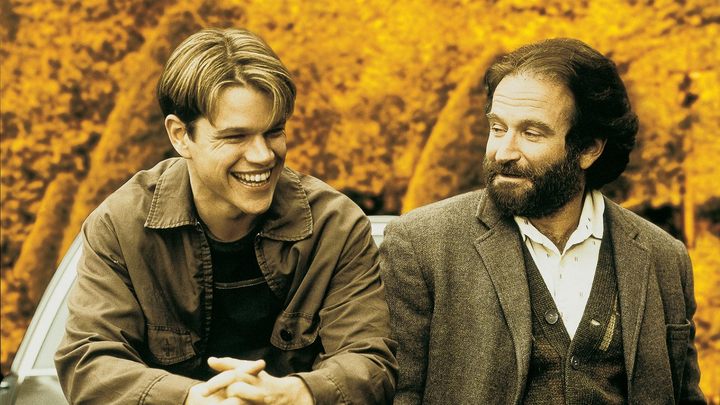 Robin Williams is invariably associated with comedies and poignant dramas. A bit naive, maybe, but always just as effective at squeezing tears and exceedingly positive. It's no different with Good Will Hunting. It's a film that primarily affects our emotions.

The main character is Will (Matt Damon)  a remarkably gifted boy who, by his own choice, gave up his education. Professor Sean Maguire tries to convince him to change his mind. The twists and turns are predictable, and the film is not technically impressive either. Except that's not what this is about. Good Will Hunting is a bit like walking down a favorite path  we know exactly what we're going to see, but we still feel the excitement at the thought of the journey ahead.

By all accounts, it's not just a film for romantic rebels, but for those who have never dared to challenge the system. Thanks to Robin Williams and Matt Damon, they can dream of what would happen if they decided to take the step themselves. And that is the biggest strength of Good Will Hunting  this movie allows you to think about your own chances and possibilities. And that's sometimes more than any other more ambitious movie might have to offer.