Sony has won the current generation. Of course we should wait with announcing the winner until the last whistle blows, but let’s face it: if this was a football match, then the probability of Microsoft or Nintendo still catching up to the results achieved by Sony would be equal to that of equalizing a game you’re losing 1:4 with just six minutes left on the clock. The two former companies can’t be denied willingness to win, though – the thing is, the employed methods aren’t always what you call fair play.

One of the more conspicuous attempts at vilifying Sony was the recent crossplay crisis. Sony is apparently opposed to users of PlayStations, Xboxes, and Switches becoming one, happy gaming family, which occasioned pretty serious admonishing not only from Microsoft and Nintendo but also game developers and the consumers of digital entertainment themselves. 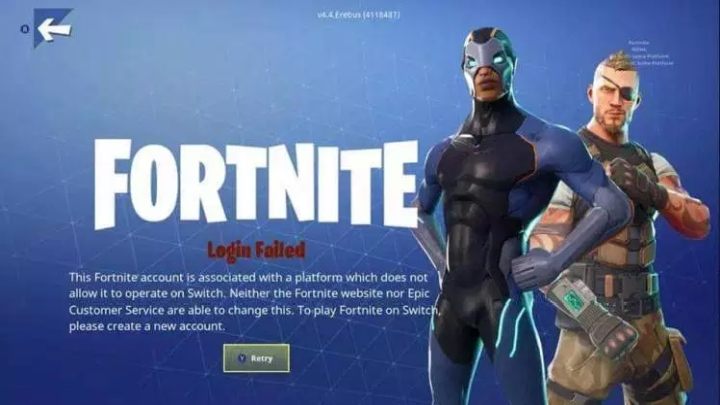 Here, this message was the final straw. Sony tried to pass the buck, saying they’ve done it in order to protect the youngest players – pretty amusing, you must admit.

For the players… but only those with a PS4!

The backlash was fully unleashed as Fortnite: Battle Royale was released for the current-gen PlayStation. Not only was crossplay impossible between Nintendo and Microsoft but even logging in just once on your PS4 permanently blocked your account from accessing the Switch and Xbox One versions. Sony wasn’t able to provide any sensible explanation as to why they’ve done it, especially since Fortnite on PS4 was working fine with the PC, as well as the mobile editions of the game.

And while before the whole situation, crossplay was largely marginalized, things took a radically different turn right then and there. The Japanese corporation was criticized by the boss of Bethesda, Todd Howard, who presented Sony as the single entity standing in the way of full cross-platform support in the new Fallout 76. Nintendo and Microsoft have, in turn, increased their efforts directed towards creating symbiotic environments in games such as Minecraft. It would seem that PlayStation is facing at least a minor PR crisis, if not, in fact, a real problem. Meanwhile, a survey ran by Gamesindustry.biz seems to indicate that players mostly don’t give a hoot about crossplay. 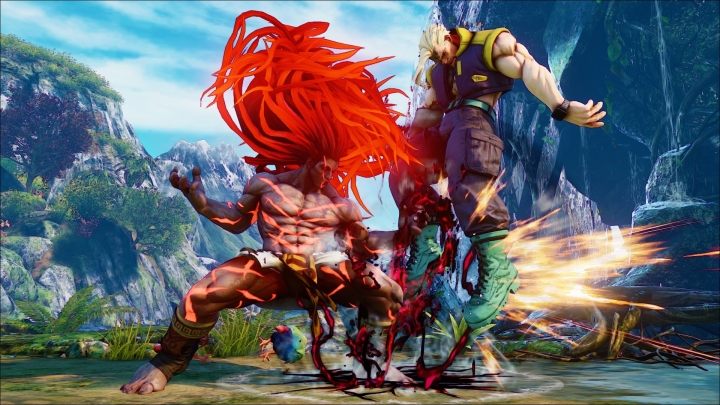 Street Fighter V proves that Sony has nothing against crossplay… provided it’s not with rival consoles.

Crossplay on consoles gained some notoriety only recently, but that doesn’t mean that attempts at implementing it haven’t been made earlier. If I recall correctly, the first game that allowed PC and console owners to play together was a 2003 release, Final Fantasy XI for PlayStation 2 and PC.

As I said, the conclusion that players aren’t particularly interested in the option to play with the owners of other systems was reached by Gamesindustry.biz, based on the GameTrack survey that was carried out during the last quarter of 2017 among the players of the biggest European markets.

And, looking at the numbers, it seems the writing is on the wall. The general attitude towards crossplay was described as neutral by 58% of the respondents; 8% stated it was negative, and 34% said they were in favor.

The responses to the question of whether the ability to play with users of other consoles could be a determining factor in purchasing a gaming system are even more telling: a mere 13% agreed, while 54% opposed, including 38% who strongly disagreed. Similarly, only 13% said they could be convinced by crossplay to subscribe to an online service, while for 56% of the respondents said it wouldn’t influence their decision. 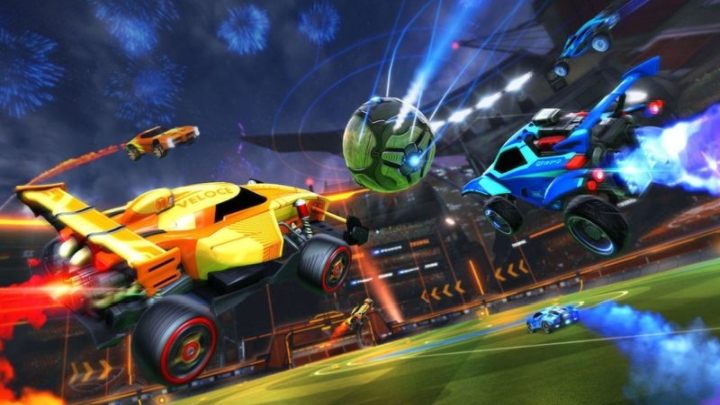 The creators of Rocket League have stated on numerous occasions that they’d love their game to support crossplay, but it’s not entirely up to them.

As concerns the sales of games, we have 17% of the surveyed, who said that crossplay could convince them to buy a game that they otherwise wouldn’t; the same factor would be considered irrelevant by 48% of players. Almost identical results were produced by the question of whether crossplay would motivate the players to spend more time in multiplayer – for 17% it was a “yes”; for 49% – a “no.”

Think what you want, but I know where I stand. Players don’t seem to care too much about crossplay; certainly not as much as some influential persons in the industry are trying to convince us. Hence a question must arise: why even make mountains out of molehills? The agenda of Nintendo and Microsoft seems quite obvious – it’s a perfect occasion to undermine Sony a little bit – but what’s in it for developers such as Bethesda? Quite a lot, as it turns out.

Bogged down by red tape

Crossplay among PCs and consoles wasn’t very popular in the last generation. One of the main reasons was the official requirements regarding the certification. Every game had to undergo a time-consuming process, during which Microsoft and Sony had to accept the product, which apparently wasn’t making things easy for games that had to develop quite dynamically, with updates coming out more often. That’s why owners of PCs and PS3s weren’t able to compete with each other in Valve’s Counter-Strike: Global Offensive. The game didn’t receive Steamworks’ support on Xbox 360 for the same reason.

There are two main advantages to crossplay – one for the fans, and one for developers. First, there’s, obviously enough, the ability to play with your friends, who own a different system. If, for whatever reason, you’d decide to obtain an Xbox while your friends were using a PlayStation, then you could pretty much forget about playing Rocket League together; you could only listen them going about how they had an amazing time playing together, and how it sucks you cannot join.

That’s the chord Nintendo and Microsoft have been trying to strike, realizing that (although looking at the results of the abovementioned survey – perhaps without a solid reason) if a person is buying a console mainly to be able to play with their friends, they will obviously opt for the one that their friends have, rather than the one that offers more interesting games or functionalities. 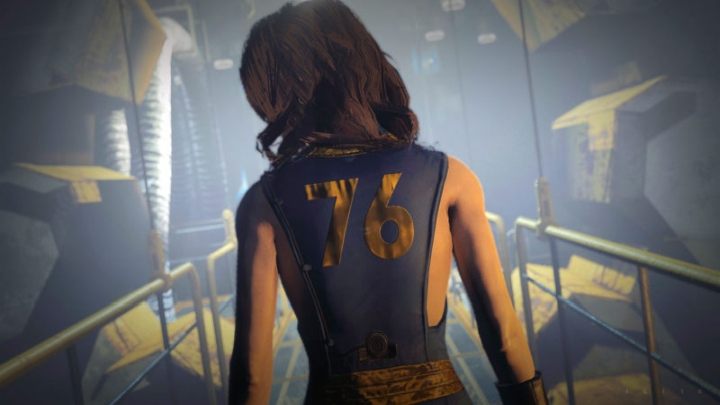 Fallout 76 won’t have any crossplay. According to Bethesda – because of Sony.

The second advantage, the one more interesting for the devs, is that the aggregated consumer base can increase the game’s lifespan. Say we have an older title. There are 50 people playing on PS4, 15 on PC and 5 on Xbox – while the users of the first console are still able to have a more or less regular experience, the two remaining platforms can’t offer that. If, however, you would allow all of them all to play together, you’d have a significantly larger community. That’s not only important for older games, but independent productions as well – for them, every single player matters since the day of the release.

Implementing crossplay also generates problems, though, and they’re seldom easy to overcome. Isolating servers for each platform is at least a partial remedy for the issue of cheating. Since console versions of games are less prone to people messing with the software, console servers usually fare a lot better in terms of the number of cheaters, who on PC can use 3rd party programs to furnish a god mode or infinite ammo and try to cope with their issues by spoiling other people’s fun.

These individuals can effectively ruin the whole experience of an online game; if the problem becomes too widespread and the developers don’t react to it, it may even dissolve the game’s community. Fighting cheaters, however, isn’t easy, and the devs are often trying to at least minimize casualties by separating groups of players, hence allowing console owners to avoid the dire fate of their PC relatives. 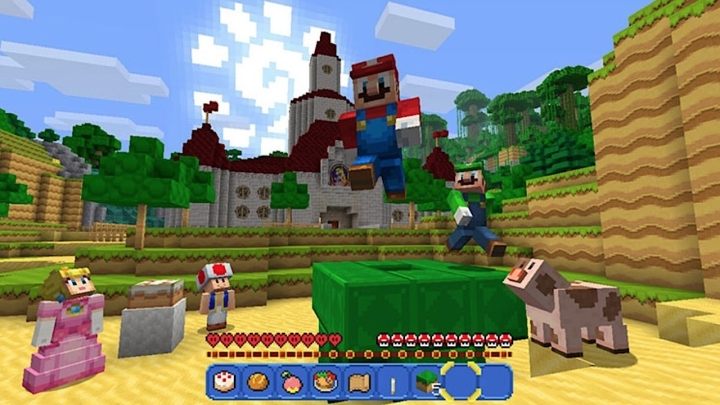 Minecraft has become a symbol of the bromance between Microsoft and Nintendo in their joint, cross-platform effort against Sony.

Another problem with crossplay concerns the inequality caused by differences in controls. A mouse-keyboard combination is always going to guarantee better precision in FPS games than a console pad; touchscreen controls on mobile devices will always put the users of iOS and Android at a disadvantage in any game that requires fast reactions. A lot depends on the genre here, but balancing gameplay in a way that would provide equal chances to users of all platforms is nearly impossible. So, the decision about implementing crossplay always has to be balanced against all the factors – it's easy to end up spoiling the game for everyone, rather than making players happier.

PS4, Xbox One and PC together in Fortnite

Crossplay in Fortnite has become available only recently. The functionality made a false start in late 2017, when the owners of PlayStation 4, Xbox One and PCs (the Nintendo Switch version wasn’t ready yet) were able to play together because of a glitch in configuration. The “error” was quickly mended, and the crossplay wasn’t officially announced by Epic until March 2018.

The issue of corporate interest

Crossplay – as anything in life – has both up and downsides. Depending on circumstances, it can either provide increased lifespan to a game, or become the source of frustration caused by poor balance between different platforms, or the outpour of cheaters, who manage to crack the game’s code in order to start pestering law-abiding players.

In spite of everything, I can’t help the feeling that the whole matter was laid on a bit thick because certain corporations benefit from it (and since Sony has spectacularly exposed itself with the poor Fortnite move, giving its enemies the perfect pretext). As the result, a pleasant, but rather unimportant element of gaming has gained the significance of a factor defining the life and death of video games. The GameTrack survey defies such assessment. It would be a good idea to take a few steps back, put the pitchforks aside and not let the corporations drag us into the middle of a silly fight that – if you think about it – doesn’t really concern us.