You open a huge metal door. In the thick fog and dim light, you see two deformed silhouettes of motionless monsters. A few bursts from the rifle does the trick. You move on, find one of the IDs you're looking for, and suddenly, the hideous monsters overrun the team from every direction. The roar of weapons becomes relentless, the escape path is cut off, the enemies only grow larger in numbers, and you're running out of ammo. And then appears a monster twice as big as any other, seemingly immune to your bullets. In 40 seconds, the team of four becomes a team of two; then, it's just yourself. And then, the end. Mission failed. Wipe. You have to start all over. 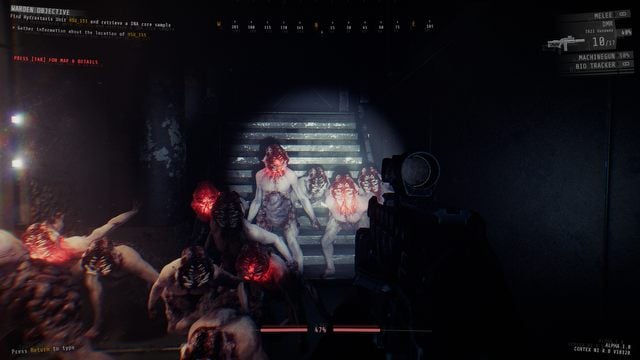 GTFO is not just a coop shooter, in which the only thing you have to do is go forward and shoot everything that moves. It may look very similar to Killing Floor 2 at first glance, but in fact GTFO is more reminiscent of Destiny's complex raids, only with atmosphere reminiscent of the Alien movies. This is genuine hardcore, only for flawlessly cooperating teams that work like well-oiled machines  for now, you can forget about matchmaking. Before opening each door, entering each room, you've got to have your strategy figured and ready. As developers often point out, going Leeroy Jenkins in this game is not an option. 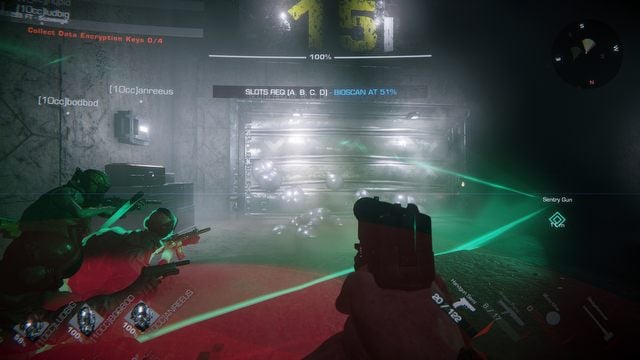 We're obviously referring to a viral video from way back, 2005, that had become a famous meme. It shows World of Warcraft players diligently planning a difficult fight, carefully discussing a specific action plan in detail. At one point, one of them simply charges headlong into the enemies, letting out the famous battle cry: "Let's do this! Leeroy Jeeeennkkinnss!", rendering all the preparations totally futile. 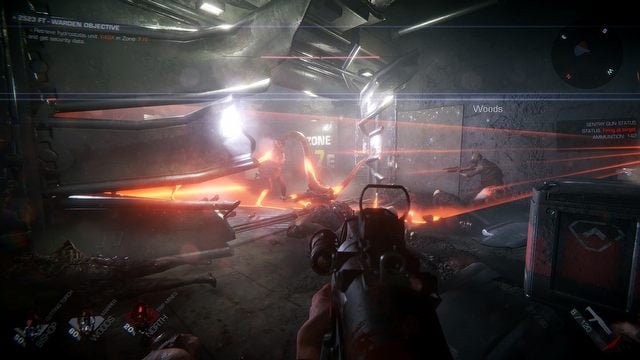 The example of Jenkins' impatience is given for a good reason, because the success of any mission in GTFO depends on good communications between the players, and the preparation of a good plan in advance. The main opponents  frightening creatures called the Sleepers  are usually not aware of our presence until we cast light onto their... sort of heads? Or until we make noise. Therefore, it is sometimes better to quietly bypass the threat or, if there are only a few monsters in the area, eliminate them with melee weapons, preferably in a coordinated manner. The scanner revealing the position of the Sleepers turns out much more useful than guns, and it's absolutely imperative that one team member constantly uses it. 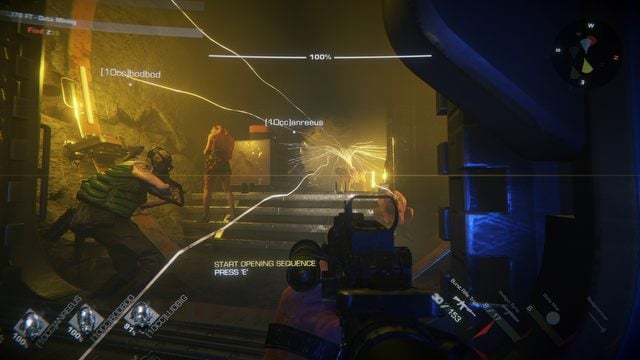 However, you cannot complete an entire mission without making a sound  sooner or later, you will have to engage in direct combat. This usually results from human error  alarming the creatures with careless moves; sometimes, there's just no other way, as some entrances are wired. Then, you will be able to resort to autonomous sentry guns, mines, or a clever foam that can slow Sleepers down and seal doors. And, of course, you have a short moment of "a calm before the storm," when you will be able to make hasty preparations. The gadgets seem to be very inventive, and they come in quite a few varieties, though, as is the case with ammo, they never come in abundance. 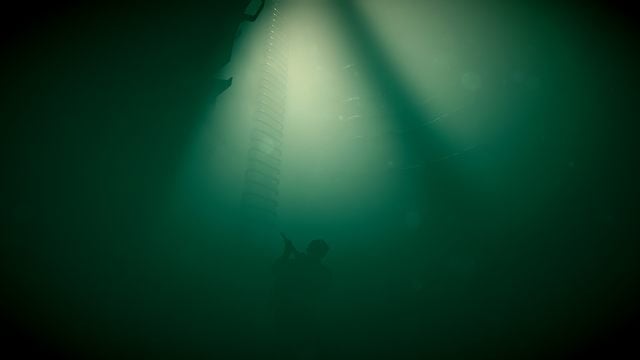 It is those, very limited resources that constitute the high level of difficulty of GTFO. They change the rules of the game. Communication is of great importance  you need to plan everything: ensure a safe retreat, concentrate traps and defense where it will be most effective. Fortunately, players can share supplies of ammunition or first aid kits, and find them in cabinets scattered among the maps. The level design is also of great importance: the visibility is limited, there are stairs, ladders and other elements that impede movement, both for us and the enemies. But actually... who are we fighting, when, and why?