Recently, a video was posted on PlayStation's official YouTube channel (you can watch it in full below), showing a complete disassembly of PS5. In addition to the fairly straightforward interior layout, the use of liquid metal as a heat-conductive paste between the SoC (System-on-a-chip; in simple terms, the layout of the central unit integrated with the graphics unit) and the heat sink caught the attention of many enthusiasts. This has led to highly polarized opinions on the merits of such a solution to the high temperature problem. Is either side right?

Let's start by explaining what liquid metal is. This somewhat misleading name means an alloy of gallium, tin and indium (also known as galinstan) in a ratio of 34:11:5. It is a eutectic mixture  that is, it goes from solid to liquid at a lower temperature than any of the constituent substances. In a typical room of the average player, therefore, it should be liquid at all times.

Until now, galinstan has been used mainly in the medical industry as a substitute for toxic mercury in thermometers. The alloy is also used in radio-frequency sensors, and further applications of liquid metal in sensors are still researched in the robotics industry. However, we're interested in using the mixture as a heat-conductive paste applied to the CPU in computers. 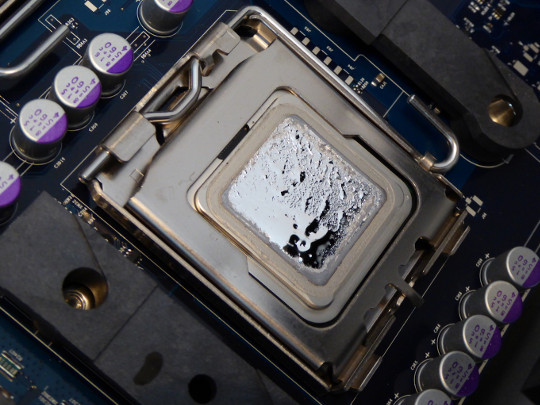 Liquid metal in its "natural" environment.

The main task of the paste is to improve the efficiency of heat transfer from the central unit heat exchanger to the heat sink in a cooling system of the processor, by increasing the contact area between these elements. Liquid metal (such as Thermal Grizzly Condunctonaut) achieves temperatures 2 to 4 degrees Celsius lower than conventional thermal pastes, regardless of whether water, or air cooling is used. Even better results can be obtained by additional delidding (also called "scalping," as it involves removing the CPU cover). It sounds beautiful and all, and we'd love to applaud Sony for using this technology to improve the cooling system relative to PS4 (especially Pro), but there are some doubts.

There are two major drawbacks to liquid metal as heat conductor, both so eagerly quoted by opponents of its use in the new Japanese console. The first is sustainability. Good practice dictates that the galinstan paste in computers should be replaced every 2-3 years. This is a recommended action, not an absolute requirement. It results from degradation of the metal, which "dries out" due to large amounts of heat generated by the CPU. 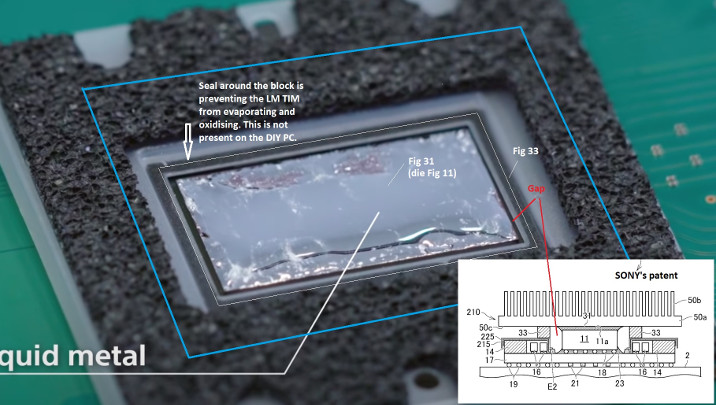 Sony's solution to the problem is to have an airtight SoC cover that will both prevent galinstan from leaking onto the motherboard and prevent (or at least limit) the steam from getting outside the system. It sounds interesting and the efficiency of cooling will be worth thorough testing after a few years. If the idea works, it will undoubtedly be called a successful innovation. If not, PS5 will be an additional heat source in winter, and even software updates that improve fan performance won't help.

The second allegation against the liquid metal is its impact on other metals found in the cooling system. The use of an aluminium heat sink precludes the use of galinstan, as gallium readily reacts with aluminium, causing it to corrode in a matter of hours. Needless to say, cooling will no longer work as it should. Sony used a construction made (most likely) of pure copper in the console. Although in this case there will be a reaction between the heat sink and the paste, it will not affect the efficiency of the heat transfer  the effect will only be visual. 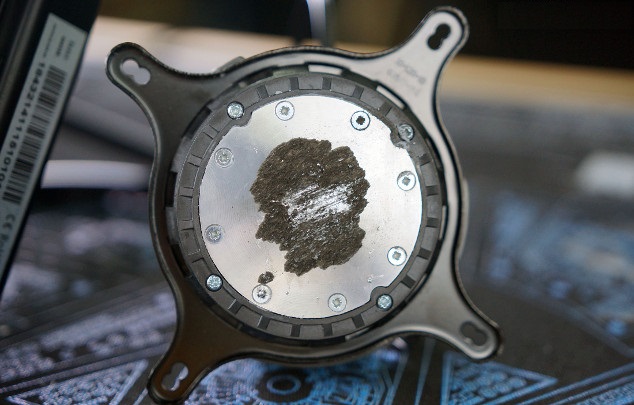 Nothing can help this poor aluminum  not even painting.

Regarding the use of liquid metal in PS5, both excessively positive and extremely negative reactions are mostly exaggerated and generally not supported by credible arguments. They are de facto unfounded, as PS5 hasn't even launched, and even then, only the overall performance of the cooling system, rather than its durability, will be possible to assess. Is PlayStation 5 going to stand the test of time, or will it give Sony's critics more arguments? We'll find out in a few years.