Artisan Studios’ incredible JRPG, Astria Ascending, embodies what a modern JRPG should be. From the incredible hand-drawn environments and sprites to the engagingly deep combat mechanics and character progression. The story features characters with nuance and even a few less-than-heroic ideals, making their righteous cause questionable from the very beginning. Aside from a few small flaws, Astria Ascending is a must-play for fans of the genre, and even those who might be on the fence.

Thanks to some of the developers of genre-defining titles like Final Fantasy, JRPGs have found a breath of new life in Astria Ascending. The game begins with eight demi-gods, the chosen few, granted great power by the gods. But this power does come at a price. Demi-gods only live for three more years once they are chosen. The story of Astria Ascending begins thirty-three months into the service of the current demi-gods, which means they only have three months left to live, and three months to make sure the world is safe.

Each of these eight demi-gods is controlled by the player in turn-based combat, with no more and no less than four on the field at one time. Each character is highly customizable from the equipment and weapons they use to their stats and magical abilities. It is up to the player to define what role each demi-god will play on the team. Will this character support the team with healing and buffs or deal the finishing blow to enemies?

Getting to Know the Party 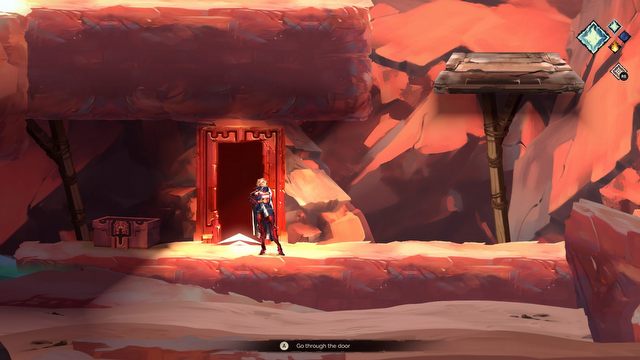 With eight characters on the team in Astria Ascending, it can be tough to remember all of them. There are the four human, or Meryo, characters, Ulan the captain, Alassia, the summoner, Arpajo, the thief, and Alek, the soldier. The characters come from all across the world, which means they aren’t all human. Eko, the scholar, comes from a species of small aquatic humanoids. Kaydin, the explorer, is half-human, half-bird. Dagmar, the sorcerer, comes from a species of beast-like humanoids. Finally, there is also Kress, the fencer, one of reptilian creatures. They each have their particular talents and skills that can bring a lot of value to the party. 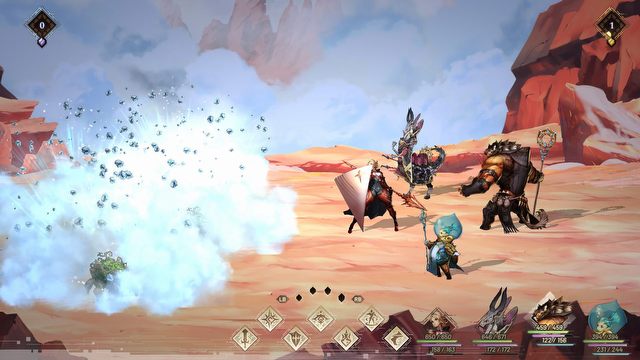 Striking the right balance of teammates is key when it comes to Astria Ascending’s combat. Some characters can deal a lot of damage, and some can heal or otherwise support their allies. Normally, it is helpful to have a balance of both characters on the field at once. On every turn, each character has several options, from the simple attack action to the unique ability to focus. Combat hinges and swings on something called focus points. Each battle the player’s team begins with one focus point and can gain more by hitting opponents in their weak spots, or by having individual characters use the focus action. Up to four focus points can be expended by any character on their turn to deal extra damage.

Astria Ascending holds modern JRPGs to a new standard. The sprites and environments are beautifully hand-drawn and the characters are rich with nuance and passion. But where the game really shines is its incredibly deep combat and progression system that will have you excitedly strategizing between dungeons. Some small technical issues do hold it back from being perfect, however, the issues pale in comparison to the majority of the game.

A healer on the team might find themselves unable to heal and only able to deal weak damage. Instead, they can use their turn to focus, thereby empowering their teammates in another way. This is an especially useful tactic when the ability to swap out to a new character would cost the turn as well. It is good to be cautious in battle though, if an attack is resisted, it will cost the entire team’s focus points. 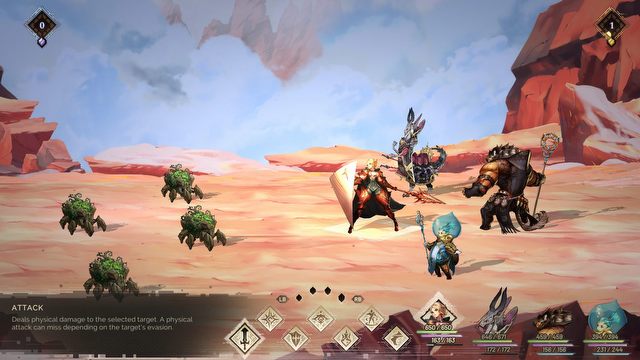 Like any good RPG, Astria Ascending has a plethora of skill trees, or Ascension Trees, that allow each character to unlock and improve abilities as they level up. Each demi-god begins with one ascension tree, but eventually is able to have up to four. This makes each character highly customizable depending on how they fit into the team and can make different playthroughs of the game more interesting.

All these options might sound overwhelming, but the progression is evenly paced, only allowing for few new ascension trees to be unlocked at a time. This way, you don’t suddenly go from managing eight skill trees to sixteen. These choices let you breathe new life into a character that might be falling behind, or, of course, boost the preferred damage dealer to new heights.

To say this game has depth when it comes to mechanics is not saying much. It has the kind of mechanics that can be immersive. It’s easy to stop in a city for a solid ten minutes deciding what skills to unlock, upgrading weapons and armor, and stocking up on the right items, only to discover at the end of the next dungeon that there is another feature to grapple with.

Thankfully the game doesn’t ask too much of the player. If something is forgotten it won’t immediately hamper your progress. But once the enemies start hitting the entire team with fire damage, and everyone is susceptible to fire damage, it might be time to pick up some new armors. Perhaps the biggest tip for a new player: stock up on ethers before diving into a dungeon.

Some simple, but important details that really signify Astria Ascending as a modern JRPG are the quality-of-life improvements. The game not only has autosaves, but also allows saving at any time outside of combat. Also, say goodbye to random encounters. Instead, glowing blue orbs float around in certain areas, making them rather easy to avoid if need be. 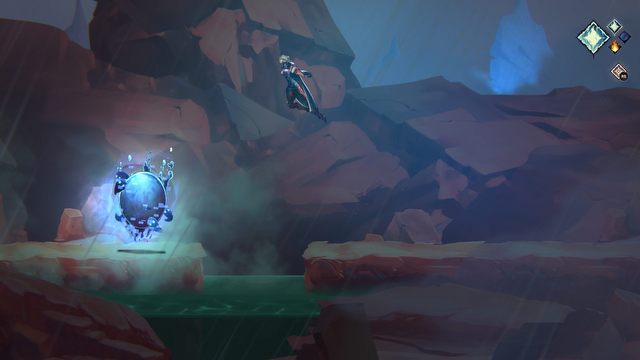 Another very enjoyable addition is that of an in-world board game called J-Ster. Many NPCs can be challenged to a game at any time, but they each have varying degrees of competence at the game. The game is played with various tokens of monsters from the game that have different powers assigned to different sides of their tile. It’s easy to pick up, but difficult to master, and often a welcome break from the rest of the game. Just be careful challenging just anyone, a loss might result in an NPC taking a hard-earned token for themselves. 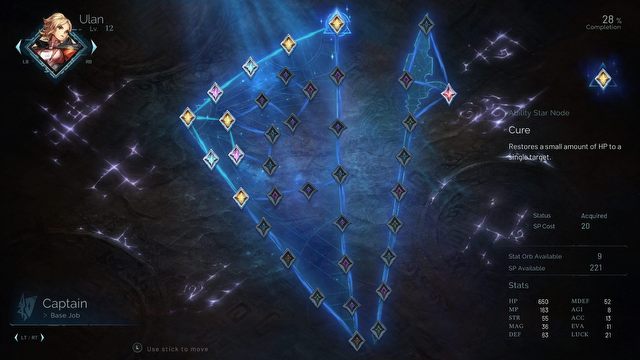 The overworld of Astria Ascending also involves some platforming, particularly in the actual dungeons as opposed to the safe havens of cities. While exploring the overworld, the player is represented by the team’s captain, Ulan. Unfortunately, this aspect of the game is a low point. The platforms themselves are not always reliable, resulting in Ulan falling through them and jumping at inconsistent heights at random moments. While it does add some minor challenge and exploration to the dungeons, it doesn’t feel as fully fleshed out as it could have been.

Another frustrating issue with the overworld is that Ulan will not jump if moving at full speed. This creates a delicate dance of tilting the control stick just enough to move fast, but not so fast that it makes jumping impossible. Dashing through a section of a dungeon that has already been cleared becomes just a bit more troublesome and frustrating than it should be. It is unclear how this mechanic will work with a keyboard, but hopefully, it won’t be too much of an issue.

Despite some minor flaws and issues, Astria Ascending has a lot to offer. Halfway through the first playthrough of the game, it’s easy to already start imagining the next one and how the characters could be utilized differently. The tactics and combat can get really challenging at times, but usually, there is just one piece of the puzzle missing, and once it all comes together, it is quite a rewarding experience. 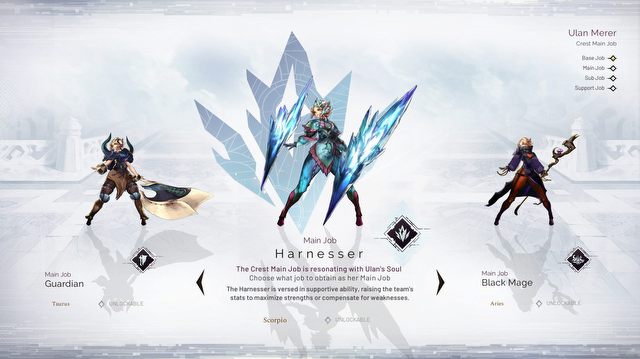 Astria Ascending is an excellent example of what a modern JRPG should look like, from the amazing artwork to the in-depth mechanics. Even though all eight characters are playable from the start, the customization options and progression give the player so many opportunities to change things up and make their experience unique from anyone else’s.

Artisan Studios and Dear Villagers have created an engaging fantastical world full of memorable characters that will bring joy to any RPG fan. Some of the platforming issues might eventually be patched out before the game’s release, but thankfully, even with those small problems, Astria Ascending is certainly worth checking out.