Its good to take our time and think thorough why we are building the next road  will it be one of the main streets or a smaller road for a residential district? The developers give us a wide range of possibilities, allowing to lay one of the 20 different pavement types, ranging from divided highways to large freeways. Apart from that we can construct roundabouts, overpasses, and bridges  making our creative capability that much greater. Tools of construction work really well, although building roads latter on can be a dire task due to the density of the constructed buildings. It usually requires us to design entire districts, along with adjacent streets and neighboring buildings. Size of a street not only does influence the bandwidth  a larger street means more parking space on the shoulder, or even the appearance of the bus bays which make traffic less of an issue when planning a complex system of public transport. 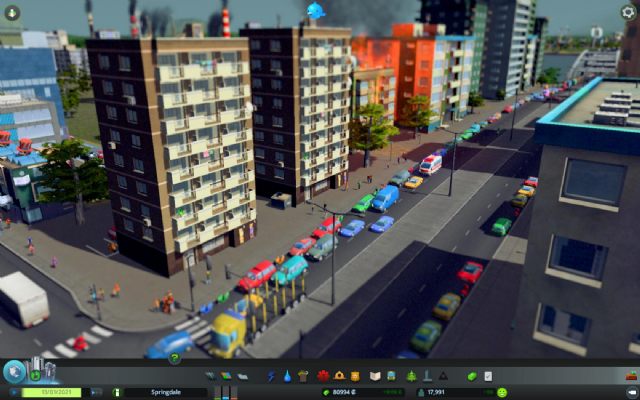 Sorry, but Fire truck is stuck in traffic.

The developers dont overwhelm us with the magnitude of the possibilities right away, as access is given gradually. The development system is based on milestones  moments in which our metropolis exceeds a certain amount of citizens. At that instant, our construction menu is enriched by options to raise another buildings and satisfy the needs of our people. The latter become known in two ways  the first being the in-game counterpart of Twitter which shows citizens opinions on various topics ranging from basic needs like access to drinkable water or electricity, to comments on current events. The alternative being a line of icons appearing above individual houses and symbolizing the problems within. At times the notifications can be annoying, but its soon hard to imagine a better and more effective way of interacting with the player. 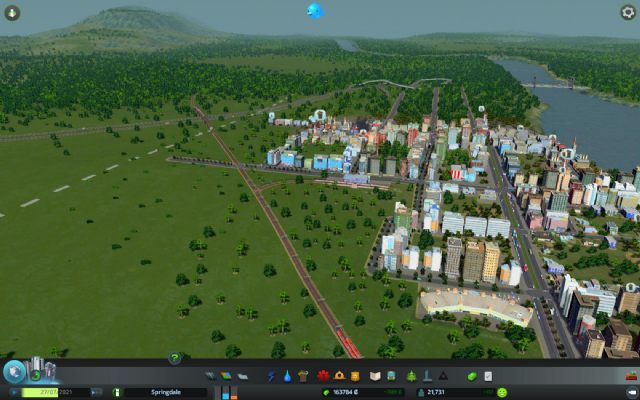 Such a vast land.

You have to make it on this budget!

Since the very beginning a range of tools allowing us to maintain the financial discipline and satisfying citizens is at our disposal. The developers suggest reasonable ways to maintain our budget  we can control taxes for certain zones, or limit the spending on certain public departments like health care, the police or garbage collection. A substantial influence on the finances can also be made by the laws passed in our districts. Thanks to them we can, for example, install electricity counters in every house (which will allow to save energy), make smoking illegal or introduce free public transport. Obviously, all of those will have their toll on our budget, but in the long run , the profits of introducing such regulations become clearly visible. 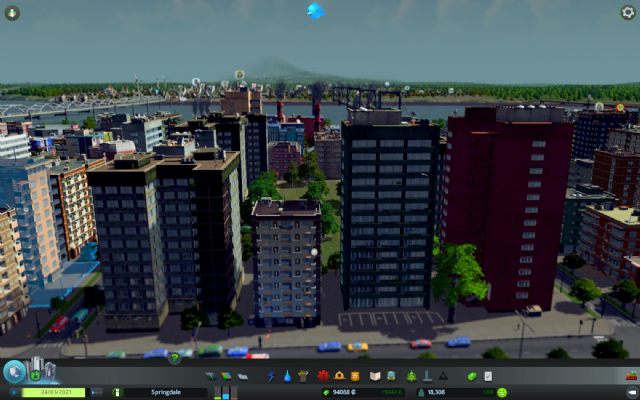 Soon we will build skyscrapers.

Its a joy to see every action and decision made have its own casual link in Cities: Skylines. When, lets say, we set the sewage pump too close to the source of drinking water, after a while our citizens will start to complain about diseases of the digestive system. If not dealt with, the problem turns into an epidemic, while we have to be cautious and steadily increase the number of beds in hospitals and clinics. Without a doubt, we wont be able to save everyone  at that time we will make use of the caravans which will have to take our citizens to the place of their eternal rest. For every action there is a reaction, which lets us learn from our mistakes. We can be certain that this will be necessary as its very hard to effectively manage the available resources the first time around and many will surely have to start over.