When the boss is another player

Funny messages that waste a few seconds of your life are just innocent fun. But how about a situation where instead of a mandatory boss required to complete the game, we have to beat another player? But first things first. Demon's Souls includes a completely optional ability to play with other people. If you opt out, the game doesn't become less compelling. However, the online module, apart from the mentioned hints, offers something else: the possibility of summoning other players for help, which can really save your skin more than once. This is related to a dualism of form: physical, and soul. In human form, we can find signs of other players, which can be used to bring them into our own world. However, this mode also opens the game up to foreign invaders. If our game becomes invaded, we're unable to leave the location, and it's imperative to get rid of the invader. Of course there are many material motivations behind all this, but let's face it: players love to fight and troll less experienced users. 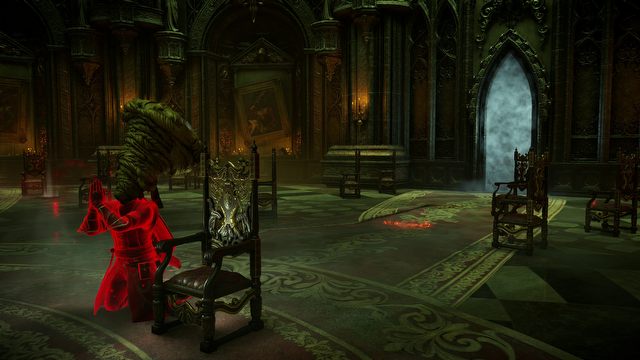 Old Monk waiting for the victim.

According to unwritten PvP rules, every duel should take place on bare ground without any unnecessary fuss. Fighters should bow and then face each other in a fierce duel without any healing to make the fight more concise. In reality, there are no rules what so ever, and both sides are trying to win by all means necessary. There are many ways of dealing with the invaders, or the invaded. After all, we have spells, dodges, backstabs, parries, and elements of the environment that can be used to our advantage.

We can try to hide from the invader with certain items and play hide and seek. The phantom, in turn, can lure us into a trap of NPC enemies, who pay no attention to its presence. Particularly malicious individuals sometimes resolve to beat a player with bare fists. Even though From Software expanded the repertoire of trolling tools in subsequent games (there's a spell in Dark Souls that turns a player into a barrel or chest), Demon's Souls laid the foundation for exciting and unpredictable clashes, often based on an attempt to find the other person in a maze of complicated locations.

But that's not all: there is one of the most memorable and terrifying boss fights in this game as well. The Old Monk from the Latria Tower summons a second player to aid him. Instead of a predictable enemy, whose behavior patterns we can learn, we get a different opponent each time, with a different weapon and, above all, a different attitude. Sometimes, we can also encounter a benevolent player who will just let us win without a fight. Most of the times, though, we walk into a certain death, since players are usually well prepared and ready to turn us into a puddle of blood and bones. On the one hand, it's quite annoying, forcing us to repeat the same stage ad nauseam. On the other, it's easy to cheat your way out and fight against AI instead, so it's not an insurmountable obstacle.

Besides, the Old Monk fight is one of those moments, when players go absolutely crazy with inventing ways to make others' lives miserable. The stupidest idea I came up with in the remake was to run without armor in the arena for a few good minutes, simply avoiding the enemy. When the player frantically chasing me finally stopped and vented his frustration with one of the gestures, I let him or her win. He earned it with patience and endured the ordinance I prepared for him. 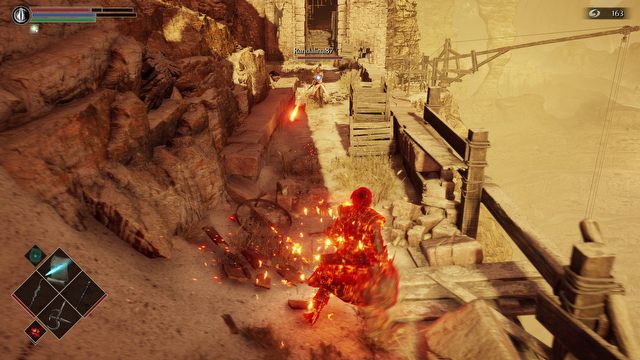 How to avoid problems from other players? It's actually quite simple: just play offline, or don't turn your character into human form. Going offline solves the boss player problem, replacing then with an agile but predictable AI warrior. Playing as a soul rather than a person allows us to invade or help others, but we are safe ourselves. Anyway, playing in the soul form is recommended, because death in this form does not affect World Tendency, hence keeping the difficulty in check.