In 2013 Daedalic Entertainment decided that theyre officially saying goodbye to their flagship series of adventure games. Thats when the final (well, thats what everyone assumed) installment came out, and it was called  quite literally  Goodbye Deponia. Luckily, the fans of the German developer and the world they created decided not to go down quietly and thanks to their intervention we now got the fourth game, entitled Deponia Doomsday. Although the creators of The Night of the Rabbit, Memoria or the upcoming The Pillars of the Earth did not introduce a new protagonist after the enigmatic finale of the third game, they managed to avoid the plot pitfall that came with it. They simply used the motif of time traveling. This simple  and yet effective  idea made it possible for the developers to create new background characters, and present the old ones from a different angle.

Deponia Doomsday was announced quite unexpectedly, just a few days before the release. Regardless, Daedalic Entertainment have prepared the biggest and the richest installment in the series to date. Saving Deponia from the eponymous doomsday took me about 15 hours, and whats the most important, I had fun with it till the very end, even in spite of humor being unevenly distributed throughout the game.

The game begins when aged Rufus is forced to press the legendary red button of doom to save (interestingly  through complete destruction) the entire planet. The situation is far from perfect; theres an eternal winter outside, and the clumsy skeptic is the last man standing; to add insult to injury, the world is now completely dominated by strange creatures called fewlocks. And we should let the rest remain unspoken

The moment we meet our new companion, professor McChronicle, the crazy race with our destiny begins. We travel through distant lands, skip the chronology of events, visit alternative worlds and bend the space-time continuum. The Germans employed a really universal idea, which allowed them to extend the scope of Rufus(es?) & Cos adventures. At the same time, however, is makes it easy to fall into ones own plot traps  Daedalic didnt make it out unharmed as well. Up until the end, I hoped for an extraordinary plot twist, similar to the one in the first or third BioShock, especially when you take into account the way the story was tailored. Nevertheless, the plot is pretty good and solid, evoking anything but the feeling of boredom from the beginning to the credit roll. 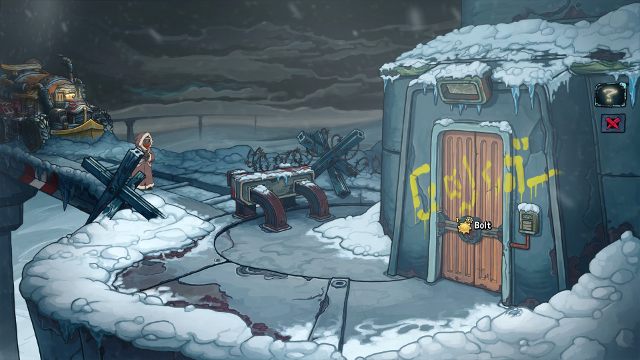 The apocalypse became a reality?

Deponia Doomsday has a problem with backtracking, even though it is justified by its time travelling premise. The worst part are not, as you would expect, the constant returns to the same location; all the scripts, animations and cutscenes that accompany them are to blame here.

Luckily, the creators have managed to make up for the feeling of déja vu  by traveling through some locations we already know from the first Deponia, we get to know the origins of some of the NPCs. Its too bad that most companions only appear on screen without really influencing the story or the protagonist. At the same time, there are many more new characters to meet, but theyre not even half as good as the old chaps. McChronicle, with whom we spend the most time, is unimpressive, helpless, and flat as a pancake in terms of character depth. Goal and Toni, on the other hand, have remained in top shape ever since 2012.

Eternity is a relative term

The puzzles, even though they were created according to the rules of the genre, were about to fry my brain on more than one occasion. I encountered two or three puzzles that were related to the time traveling motif, and their solutions were not as simple as you would expect them to be. I consider the fourth installment of Deponia to be the most difficult out of the whole series, mainly because of space-time continuum manipulation and all the abstract situations that come with it. However, if you completed any of the previous installments, and experienced the quality and style of the puzzles created by Daedalic, you wont have to resort to desperately roaming the locations in search of a clue or using game guides. 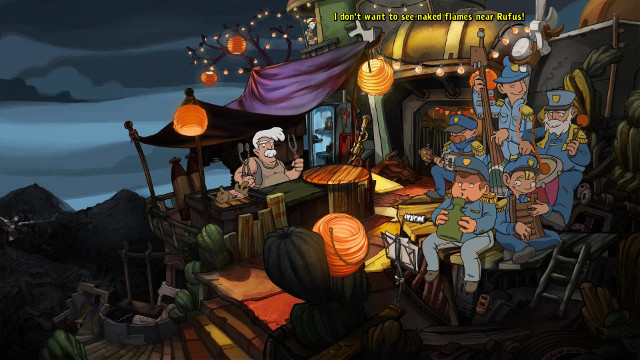 Everyone knows that Rufus is the herald of misfortune and disasters.

As I mentioned before, Deponia Doomsday is the richest installment in the series. The gameplay provides more than classic environmental puzzles; you can also expect lots of minor, but nevertheless fun and engaging, side challenges. First of all, the game features dynamic QTE sequences that are not a common sight in point & click games. There are also certain situations in which Rufus has limited time to take action. Luckily, there are no consequences if you fail  you just have to start again.

The other, equally relevant, element comes in the form of numerous minigames that, while perfectly supplementing the humorous and satirical world created by Daedalic, dont divert your attention from the main plot. For example, there is the Rotten Fruit Game (German version of Tic Tac Toe), the games area as a separate floor in Elysium, where you can take part in go-kart races, play golf or swim, and there are references to old-school dungeon crawlers from the 90s, where you take control of a team of four while listening to 8-bit music. The game is virtually brimming with such little flavors, and the fans, all of them, will love it  even if Deponia Doomsday is their first experience with the franchise. 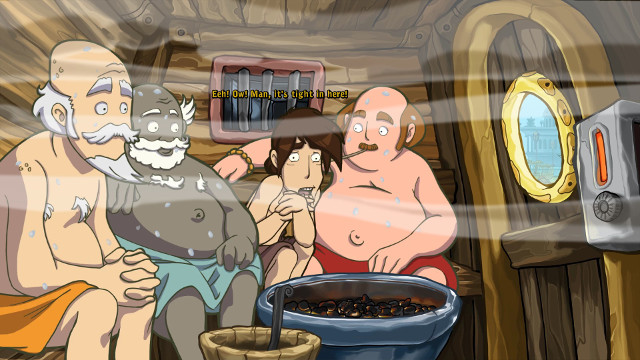 Its either this or being eaten by fewlocks. Sooo wheres the exit?

Mystery of a pink elephant

Jokes and references to popular culture are the highlights of Deponia Doomsday. The title loves to poke fun at not only the biggest popular creations (e.g. The Lord of the Rings or Clint Eastwoods western movies), but also at the creators own projects. You can spot direct references to Daedalics previous games (e.g. one of the characters you meet is the mechanical version of the character from Journey of the Roach). Whats more, the humor simply pours out of the screen thanks to brilliantly written and executed dialogues. Rufus is still the same sarcastic guy who usually fails at everything, but this doesnt stop him from commenting his actions with irony and style and pointing out other peoples failures.

With all that diversity, Deponia Doomsday looks almost identical to previous installment of the series, and the distinctive, handmade two-dimensional backgrounds accompany us throughout the whole game. When you see the in-game locations, you will appreciate the work of the visual artists who created those charming, harmonious landscapes. 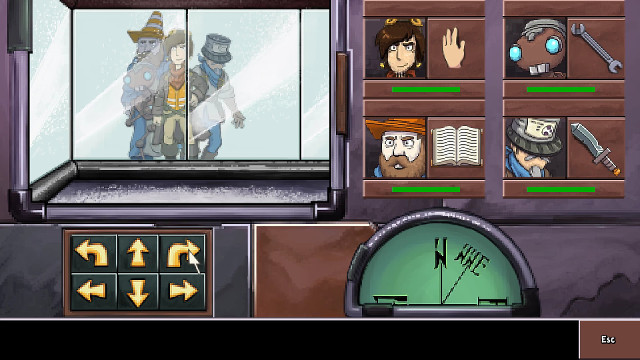 Deponia has been saved one more time!

The announcement of Deponia Doomsday came as any regular disaster would  without warning  and surprised us all. One surprise came after another, and while I expected the game to be a small spin-off, I got the most interesting and complex installment in the series. The new adventures of Rufus, Toni, Goal and all the other characters are brilliantly written, even though new characters prevail in terms of sheer numbers. Which leads us to a certain downside  the characters didnt get nearly enough time for us to get to know them better.

The new Deponia can boast awesome locations (though we revisit them a bit too often), and nice music, at the same time providing our brain with a good dose of exercise. Daedalic Entertainments project is packed with quirky humor, offering us an ironic rendition of many modern-day situations. 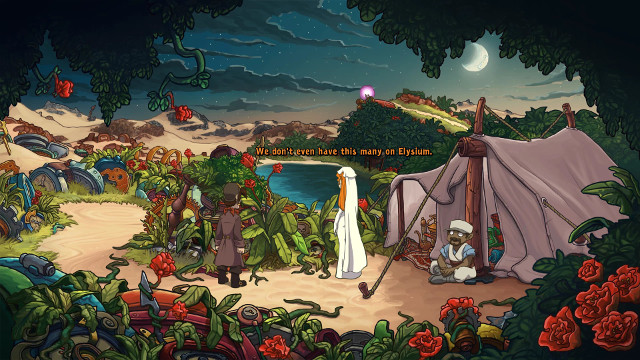 We can all thank Rufus for that. Uhm, I meant the player!

Both the veterans of the series (who will get all the references) and people new to the franchise will enjoy this game. The script of Deponia Doomsday doesnt force you to spend additional dozens of hours to check out the previous three installments. This means that the game has everything one could wish for in a well-made and funny point & click adventure game. 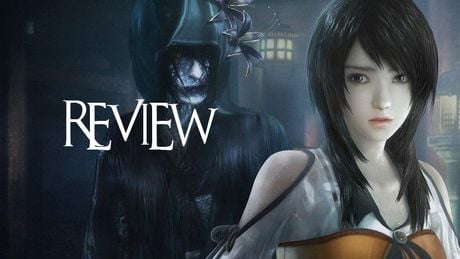 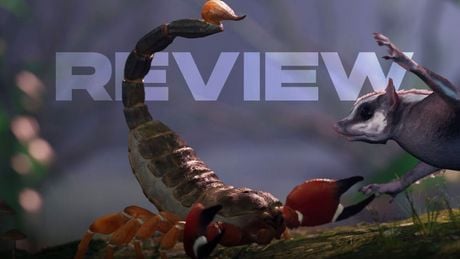 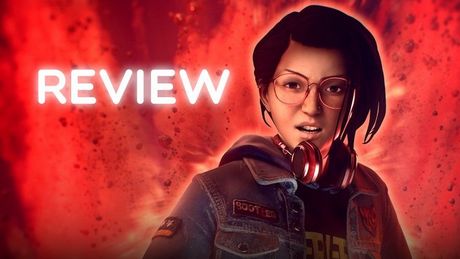