I remember the first time when I launched the vanilla version of Divinity: Original Sin. Back then there were very few classic, turn-based CRPGs available and the quality of many of them was often… let’s just say dubious. That’s when the game from Larian Studios hit the shelves. The Divinity franchise has had its ups and downs and followed a rather vague convention; no wonder I wasn’t expecting much from it at that point. Good thing I was pleasantly surprised. The game turned out to be not only well-executed and full of interesting ideas, but also difficult while being sufficiently rewarding at the same time - something you could hardly find in similar games. In my personal ranking Divinity: Original Sin was the undisputed winner of the last year’s Game of the Year competition, and as such it had me expect many good things from the Enhanced Edition. It turns out there actually are lots of changes, no use in hiding that, but the relevant question is, are all of them actually helping the gameplay experience.

We’ve (nearly) heard this one before

Divinity: Original Sin Enhanced Edition lets us assume the role of protagonists for a specific reason, as every other respectable RPG would have you do. We arrive in Cyseal as a Source Hunter sent in to solve the mystery of Councilor Jake’s murder. Throughout our investigation we type some suspects and eventually manage to close the case… only to find ourselves knees deep in another, much bigger problem which, obviously, can be solved by no one other than us. The plot of Enhanced Edition remains basically the same as in basic Original Sin, although there are some visible changes here and there – in the game’s endings, for example, but not only there. Some new dialogues may have been added, the enemies we encounter in some location may have changed, but all in all it’s still the same story of our struggle against the power of the Source. 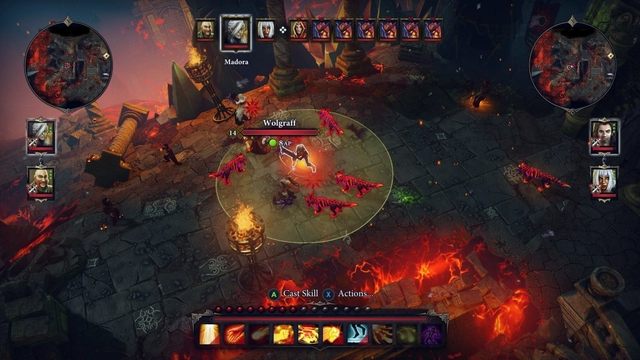 However, this time, we can count on better assistance when discovering the main storyline and its numerous, both funny and not, side quests. Up till now, every plot-relevant character or location first had to be discovered by the player, and the markers often did more bad than good. In the latest revision, while I would never go as far as to say that we are being led by the hand, the game has definitely learned how to give us clearer hints. On the map we will find a whole lot of gold, silver, and green markers representing NPCs and the locations that are worthy of attention or help develop the story. Some of them do not appear until after we have discovered the location, some of the are visible earlier; either way, Larian Studios decided to simplify some things. The same applies to quests in general – the journal seems to be much better organized, making various plot threads easier to follow in a logical manner. Furthermore, various “hidden” switches, button, and so on are now much easier to find, significantly reducing the time spent on solving riddles. 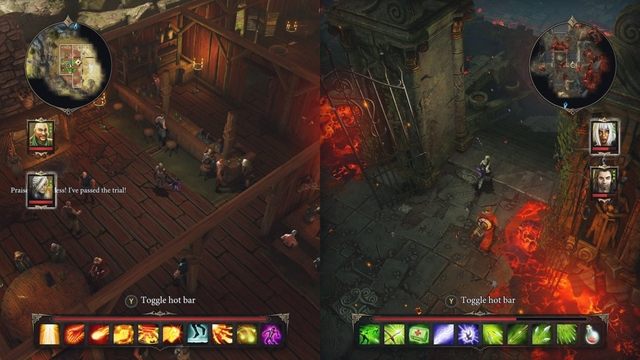 Is that a good call? Depends on the player I think, although in my humble opinion, as someone who played the earlier, “raw” version of Divinity: Original Sin and nearly lost his hair in the process, I think it is. Those moments of hardcore difficulty were what made the game unique, but the Enhanced Edition doesn’t get rid of them, it just makes them easier to digest. Those of you who can’t stomach any facilitations no matter what, instead of grumbling should focus on new game modes. At present, there are four of them: Explorer, Classic, Tactician, and Honor, The latter two are intended for the most seasoned veteran players, featuring some surprises and new enemies, as well as some old ones with new tricks up their sleeve. In the Honor Mode, the player has just one save game available! 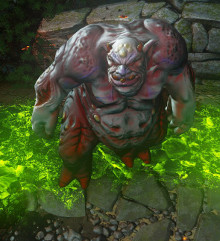 Some changes were introduced to skills and crafting mechanics as well. In both cases the creators decided to modify the late game aspects of the above-mentioned. The items we craft are more powerful and more useful, our abilities deal more damage on higher levels, and it would seem that the whole thing is much more balanced this way.

No matter which mode we choose, there will be a lot of fighting between exploring. Although some of the fights can be avoided, if you choose the right dialogue options (all of them voiced!), most of them will turn into a bloody mayhem. Combat in Divinity: Original Sin was more on the tactical side, thanks to the possibility of combining elemental effects, and Enhanced Edition follows its predecessor in that aspect. Although I have yet to see the new elemental combinations, I can assure you that the explosions and spell effects look even more spectacular, I wouldn’t call it a revolution though. Overall, the game looks significantly nicer, but the two most painful combat drawbacks present in the original remain – at least in the PS4 version of the game. The first one is how long it takes to complete a turn. If we are facing a bigger number of opponents, making popcorn or at least some tea would be a good idea, as the spell animation festival can run for a good few minutes. I regret to inform you that nothing has changed in that matter; which makes dying late in combat and having to repeat it an experience nearly as far from pleasant as you can imagine. 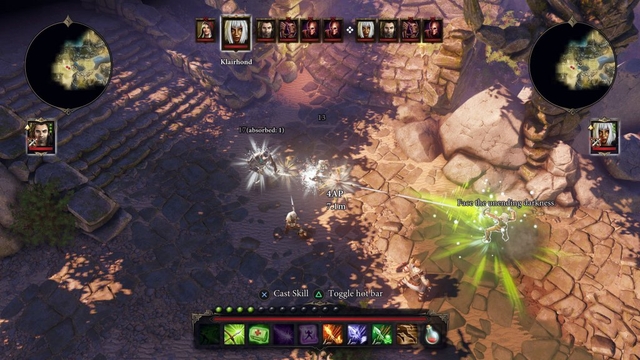 The second drawback is linked to one of the new additions, which, albeit fresh, keeps repeating the same old mistakes that irritated me in the previous version. It’s about the controls. The new, gamepad-tailored interface works like a charm, I’ve got nothing to hold against it. The target selection, on the other hand, is most troubling. The issues I had with it earlier stemmed from “shaking” camera and the fact that the gamepad lacks precision of a gaming mouse. I have to admit, some issues were tackled flawlessly – when picking up items we simply need to hold the relevant button and select from all interactive objects. Using a dedicated list we can pick them up, move them, inspect them and everything is fine. Only when it comes to combat or initiating a dialogue with a character, we’re forced to use a manual “aim point”. Often, thanks to its inaccuracy, we end up clicking beside an enemy or instead of a NPC, we hit an item next to it automatically stealing it. The result? We lose the NPC’s trust, alarm the city guards or something even worse happens, forcing us to reload from a previous save. 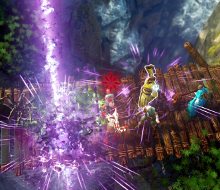 Among new items the grenades make a very interesting addition to our arsenal. We can find them scattered randomly throughout the world or craft them by ourselves. Their effects vary depending on the type, but all of them offer an AoE – the same as spells. As a consequence, if we decide to use a healing grenade, it will affect both our allies and enemies that happen to be in range.

Such unpleasant situations may be rare, but they are very frustrating when they eventually happen. Luckily, the creators have managed to avoid making mistakes in what I feared the most. What’s that, you may ask? It’s the split-screen featured in the Enhanced Edition’s local co-op mode. As long as the characters are nearby, the action is depicted on a single screen, but when they separate so does the screen, changing to two independent outlooks. We can then explore the world on our own (each character can enter a different location), and although splitting and joining of the screens can be somewhat lagged, this option gives a substantial amount of autonomy to each player. The creators have achieved an effect that was nowhere to be found in Divinity: Original Sin – when playing with someone, we have a chance to focus on developing a single character - our character - without looking back at our partner. No more forced team-building; we can have some individual fun instead. This just may be the perfect solution for classic RPG fans, especially when we have someone sitting at our side. 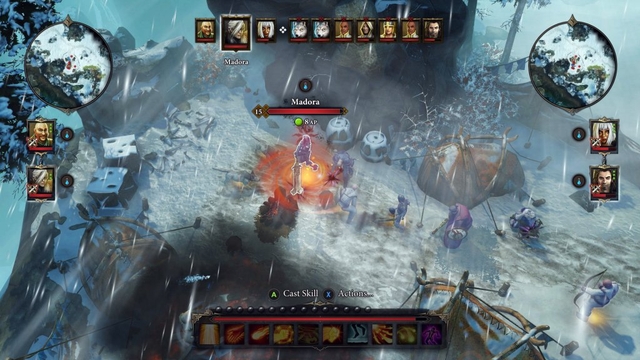 And what about the audiovisuals? Well, in that case there were no spectacular changes, but the visuals in Enhanced Edition have indeed been slightly improved. The game runs on an upgraded engine and, although most of the textures are the same, the aforementioned spell and elemental effects look better. The music we hear didn’t change a bit, as far as I can tell, but there’s nothing wrong with that – the music composed by the late Kirill Pokrovsky sounds as phenomenal now as it used to more than a year ago and it hasn’t lost anything from its magic. As I already mentioned before, the dialogues now have a full voice-over, but let me just point out that the voice actors did a great job on that one. 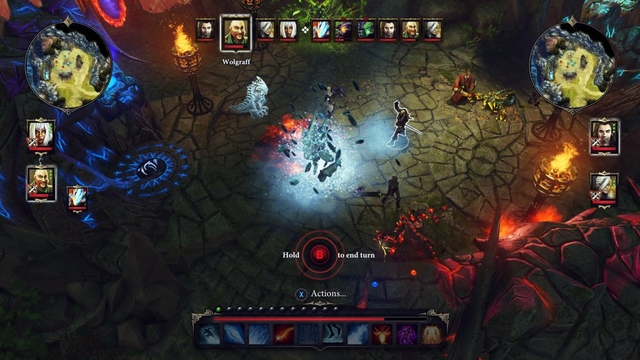 If you haven’t played Divinity: Original Sin by now, and you fancy yourself to be an RPG fan, Enhanced Edition is a must have for you. It offers “that something” that made the players love classic RPGs many years ago, and what’s more, the one and a half year was enough for Larian Studios to improve and further expand what was already great. It’s true that the game still has some flaws, but when compared to the list of its qualities and novelties it introduces, the imperfections become meaningless in the long run. Divinity: Original Sin Enhanced Edition is a joy to play and if the basic game was hailed as brilliant, the EE is nothing short of being a true, well-polished diamond.

According to our users, Divinity: Original Sin - Enhanced Edition for PS4 was a disappointment - the expectations before the release were higher than the current average user score.