Divinity: Original Sin - Enhanced Edition for PC, PS4 and XONE is an improved version of the cRPG from 2014. The title was developed by Larian Studios, the same team that worked on the original. The enhanced edition has undergone several important changes. First of all, the story was modified - it offers a lot of new tasks, characters to meet and a unique ending. The interface has also been adapted to a gamepad. It also introduced changes in the game mechanics, added a local cooperation mode and improved the audio-visuals. The PC version is available for free to all owners of Divinity: Original Sin, however, it doesn't support the saved game states from this production.

The action of the game takes place before the events shown in Divine Divinity, thanks to which players will explore the mythology of the series, and, at the same time, they will meet many old friends - such as Ahru, the magician adored by fans, before his transformation into a cat, or even an eccentric Zandalor. Original Sin also prepares the ground for the third (in terms of numbering) part of the series, adding previously unexplained plot points from the previous games. We play as two young Source Hunters, who not only have to solve the mysterious death in one of the cities of Rivellon but also explore the arcana of forbidden magic and counteract its effects. Both quickly discover that they have a kind of unexplained bond that makes them unique and created for something larger.

In the single-player mode, we control a party consisting of up to four characters - the above-mentioned heroes and two more heroes joining us as mercenaries. The title contains a special system of group conversations between team members, with particular emphasis on the two main characters. When we play alone, it diversifies the gameplay with interesting dialogues reminiscent of BioWare productions (e.g. Baldur's Gate series). On the other hand, its importance grows in the cooperation mode, where players controlling two protagonists can decide about the company's fate to the same degree, even if they have a completely different opinion on a given topic. They speak in turns, until the winner is drawn, who makes the final decision in a given situation. Full cooperation is advisable during fights because many skills (especially magical ones) can be combined into powerful combinations, which greatly increases our chance of victory. It is best to lead (classless) character development in such a way that the team can, for example, summon rain in one turn, and then freeze or hurt wet opponents with electricity.

During the battles, we can also use elements of the environment. Everything that we would raise in real life will also be raised in the game. We use the extensive interaction with objects not only for offensive purposes but also to solve puzzles or create new objects.

Compared to the original, Divinity: Original Sin Enhanced Edition on the PC, PS4 and XONE boasts more beautiful graphics and better sound so that all characters speak with actors' voices. The PC version requires a 64-bit operating system and a graphics card that supports DirectX 11. 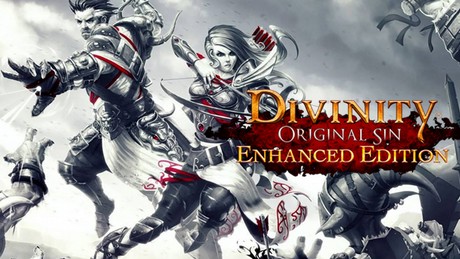 A year and a half after the release of Divinity: Original Sin, we received an expanded version of the game. Belgian developer Larian has worked hard on improving their creation but was it worth the wait?

Divinity: Original Sin - Enhanced Edition is coming out today to PC, PlayStation 4, and Xbox One. Those who already own the game on Steam or GOG will receive the new version for free.